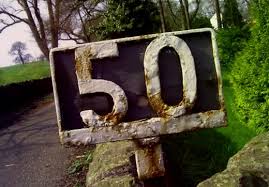 50 MORE Things You Should Probably Think About

A rare compliment is better than everyday flattery.

Don’t fistfight the person who cuts you off in traffic. Fight the one who says you can’t do something. And fight them with your mind, not your hands.

Patience is a virtue, but sometimes you need to do stuff right f’ing now.

Wine is healthier for you than soda.

Be the one who tips too much.

Think of meteorology the same as telling ghost stories around a campfire. Both contain fiction designed to scare people.

Don’t drive around looking for the best parking spot available. Get some exercise; park in the farthest spot imaginable.

Try not to do a movie on the first date. Go somewhere you can look them in the eyes.

The five minutes after you start doing something are easier than the five years you procrastinated before doing it.

Consider being friends before lovers.

You can be a cat person and a dog person. It’s possible.

Kids these days want the same things as kids during previous generations’ days. They just chase it differently.

Never be ashamed of the music you love.

The best time to order pizza delivery is immediately after grocery shopping.

Valentines Day is a fraud if you want it to be. But extremely romantic if you care to try.

Odds are you probably already have everything you need.

No one really cares whether you’re an introvert or an extrovert. As long as you’re a decent human being, it’s all good.

Sometimes the grass is actually a LOT greener. Sometimes not. Flip a coin.

Try taking MMA classes. Not to learn how to kick people’s asses, but instead to gain the confidence to know you can.

If you have to drive after drinking heavily, pound water for 90 minutes and stay in the fast lane. 🙂

It’s possible the only purpose of life is to live.

One learns much more in defeat than in victory.

Instead of lite beer, why not just drink water? It’s cheaper and has the same effect.

Try not to jump on the bandwagon of manufactured causes.

Consider collecting experiences instead of things.

The Big Green Egg is a fantastic grill, but steak still tastes better when cooked over charcoal.

It’s cool to be weird, off-the-grid, or eccentric. But it loses some of its luster when you talk about it too much on the internet.

Everyone can be corrupted. The trick is knowing exactly what ruins you and staying the hell away from it.

The coldest winds don’t blow through mountains or forests. They blow through the human heart. Luckily, the same is true for warm wind.

Forget sharks. Be afraid of jellyfish.

For every person who loves a thing, someone else is offended by that same thing. Fuck it.

Resting Bitch Face (RBF) doesn’t always mean what it looks like. But sometimes it does.

The best kind of diet & exercise plan is one you can do for the rest of your life.

Survival of the fittest no longer really applies. But it might someday. So it’s probably a good idea to keep doing pushups.

Odds are someone is stalking your Facebook page right now.

Odds are even better someone currently has a huge crush on you that you’ll never know about.

The government will never be the super-efficient machine we want it to be. If it were, millions of people would be out of work.

There’s no such thing as ‘morning people.’ There are people who hate mornings and those who hate them slightly less.

It’s entirely possible there’s no such thing as right or wrong.

The key to finding happiness is embracing its elusiveness.

If you’re nervous about trying a new food, get tipsy first. Everything tastes a better with little liquor. Everything except key lime pie.

Almost everything you click on the internet is designed to take your money. (Oh, the irony.)

A sure mark of intelligence is the reservation of judgment.

All men are probably not created equal.

For the original 50 Things You Should Probably Think About, go here. 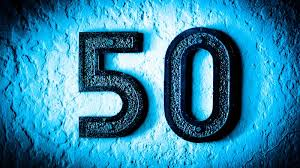