(Obviously spoilers for anything and everything Game of Thrones.)

We sat down last night to watch the series finale. It was Monday night, so everyone else in the world who cared about such things were already neck deep in talking about the show, lamenting the decisions of the writers, loving other decisions, and struggling to determine whether or not they liked even other bits and pieces. As I wrote last week, it isn’t an easy thing to write the ending to a short story or a 22-page comic, I can’t imagine how you’d go about writing the end to a series that’s lasted 8 years.

I may need therapy. 🙂

I wrote an email to some friends this morning that summed up my immediate thoughts all of about 12 hours later:

I’m still not sure how I feel about everything. I couldn’t go to sleep last night because my mind was playing things from the episode over and over. I know that there was no way that Danny could stay on the throne after what had happened in Episode 5. Regardless, my mind kept trying to find an “out” for her other than what happened. I had one hope that perhaps… just perhaps, once she gave the Big Victory Speech, that maybe she’d continue on her quest to liberate the world and need a Regent to defend her claim in Westeros. Which would leave Jon Snow serving his Queen and helping the lands of his forefathers. You’d get a “good” ruler and you still would have Danny out there killer the evils of this world. 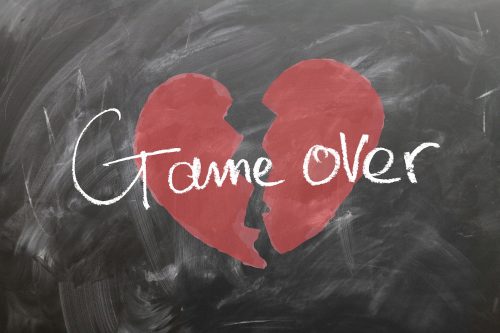 I know, I was stretching things as far as I could.

And I watch Jon Snow, broken, beaten… betraying the one he loved, the one he served, and instead of death (not entirely sure how Grey Worm didn’t just end it for him) he gets to go back to the Wall. Back to where he started all those years ago. Back to a place where he will no longer bother anyone in the Seven… er… Six Kingdoms again. He’ll have to replay all the moments of his life to see if perhaps he could have found a better way.

Did this path get set upon because he told his sisters? Had he kept that much a secret could there have been someone to walk Daenerys back from the brink? Could he have found another way once that information was out? Seen what the others were beginning to see?

I don’t know if there is an answer out there for him. Maybe he’ll find peace north of the wall.

With the show over, my hope is that George RR Martin will finish his story finally. Not because I want a different ending. And not because I think the show didn’t do a good job. But because I wonder about the other characters he’s been setting up for decades. Characters that never appeared on the show, but still have their impacts in the words. I wonder if he’ll look at this ending within the show and tweak anything now that he’s seen the reaction to it? Do you use millions of “Beta Readers” opinions to shape the tale or do you continue on whatever the path is regardless of ruffling a few more feathers? Or maybe change things a little “just to make it mine”.

If it were me, I might be tempted to do just that.

The last thing is now what do you replace this with? What tv show could put these types of ideas on the screen as successfully? It’s been with us for 9 years…