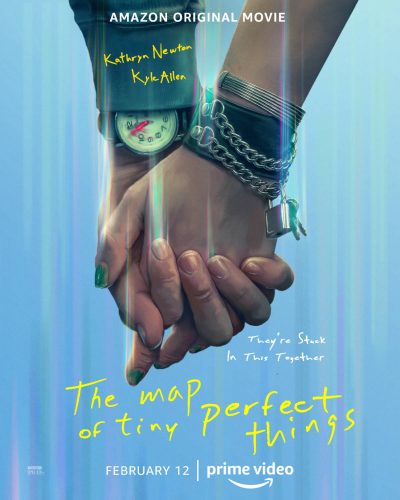 This past weekend I conned my wife into watching a Time Loop movie. Now, I normally have to qualify this in a way because she isn’t a fan of Groundhog Day. This in and of itself is beyond blasphemous, but I think it is because she hasn’t actually sat down to watch the movie. Oh, she thinks she’s watched it, but even then she claimed that she fell asleep during it, woke up in the middle, and then felt like nothing had changed. Like there were portions of the movie she missed, but because of the Time Loop, she really didn’t need to watch it at all.

So, when it comes to Time Loop movies I have a little bit of an uphill battle.

It’s a good thing that the last novel I wrote didn’t have anything resembling a time loop or repeating lives or anything (check out Echo Effect here!).

However, I have recently figured out the secret sauce to getting her buy-in on such things. You take a simple (or maybe not-so-simple) Time Loop movie, and then add young adults to it. She’s a sucker for that. Which is how we ended up watching The Map of Tiny Perfect Things (based on a short story by Lev Grossman playing on Amazon Prime).

So the thing with Time Loops is whether we get to see our main character’s first Loop or do we enter it in after they’d already done dozens (or perhaps thousands). Groundhog Day shows us his very first day and then he is stuck in that Loop. In this movie, they very quickly show you that this isn’t Mark’s first time through the day. In fact, I kind of wonder if he’s closer to thousands. We watch as he makes his way through his day only to see he is trying to have a good interaction with a girl. Trying to replay the day to set up these moments in the hopes that she might like him.

It goes about as well as you think.

But those attempts are what cause him to run into Margaret… who turns out to be stuck in the same Time Loop as Mark. And that’s where the beauty of this little movie begins, because Mark, in an attempt to try and impress “the girl” begins showing her some of these Little (Perfect) Moments he’s discovered in his time going through the day. And he’s not alone in noting them as Margaret has a few of her own.

Thus begins their attempt to document all those great moments that happen in a day. The little things we might not notice as we go about our lives. It’s the shape of a cloud. It’s a moment between two people when they think no one is watching. It’s the interactions that occur every day for each and every one of us.

That’s the key to this movie. Where other Loop movies are about improving yourself or discovering/atoning for something you had done. This movie is about showing the viewer they don’t have to ignore the small, seemingly insignificant moments. Instead, those should be the very things that make up a joyous life. And that doing those things alone might not ever be as good as when you have someone beside you, experiencing those same instances… bonding the two of you in those moments.