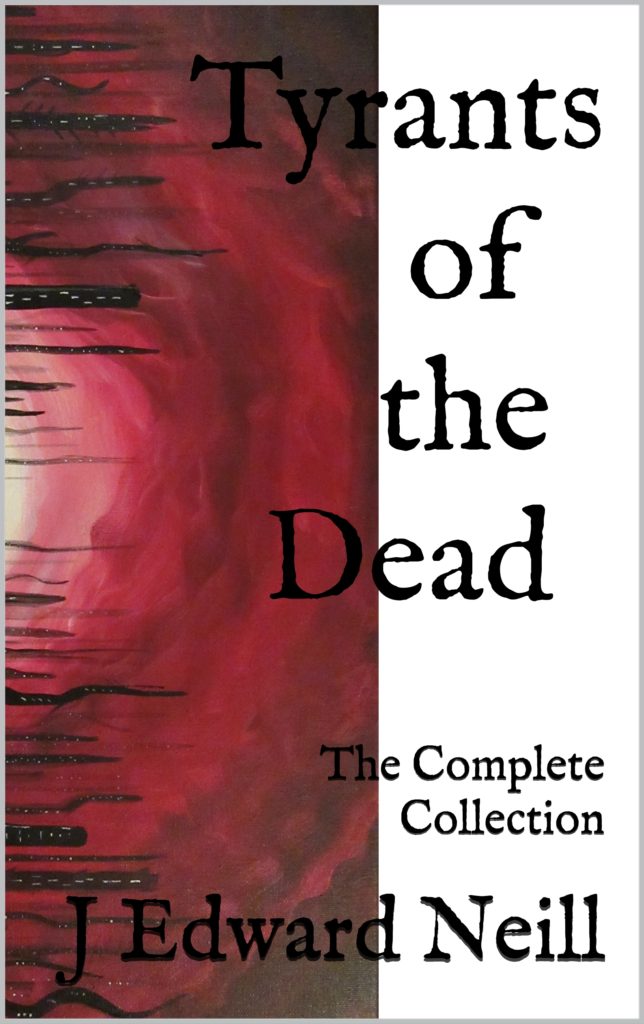 “Some of my kin look just like trees now, and need something great to rouse them; and they speak only in whispers. But some of my trees are limb-lithe, and many can talk to me.” 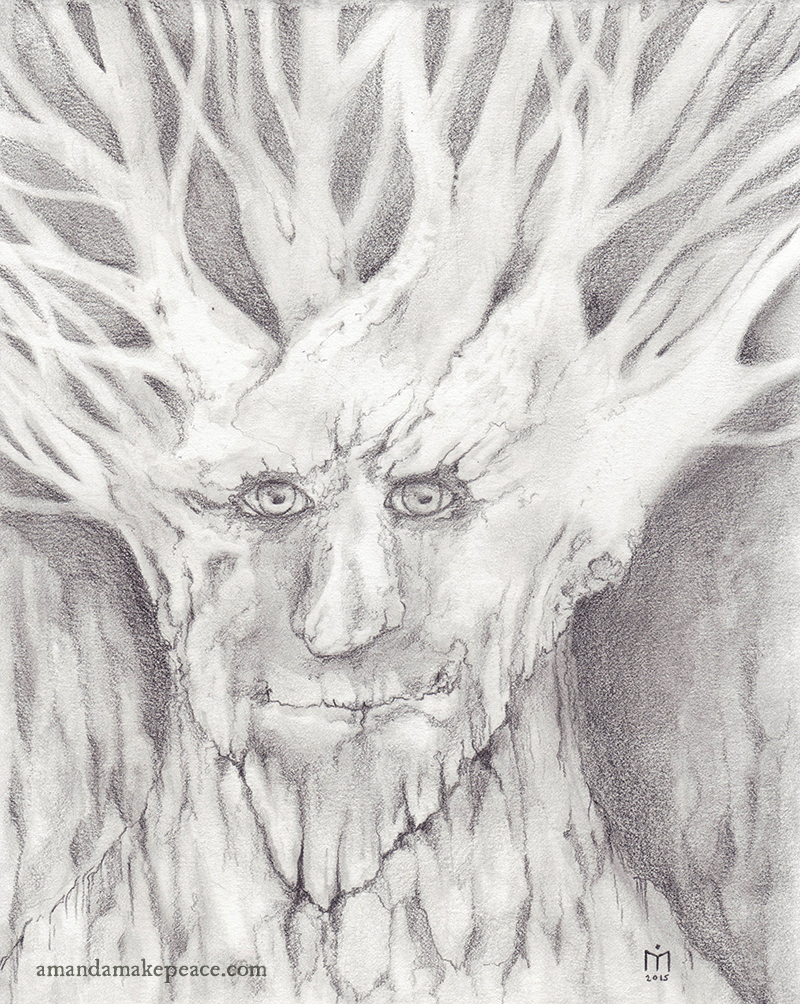 Tolkien’s Ents have always been a favorite of mine. I suppose that’s not too surprising if you know me well enough. If given the opportunity I’d spend an entire day roaming the woods. I only wish our forests were protected by such magnificent beings.

This week marks the first entry in my new ‘What if…?’ series. If only to agitate, exhume, and pontificate, I plan to explore popular books and movies with purpose to pretend remake each of them as if I’d been the author, director, producer, etc. I’d like to think most creative types have asked themselves, “What if I’d written that? What if creative control had been mine?” Well…what if…? Let’s do this.

My only disclaimer: this is for fun. I intend no heresy. Well…maybe a little.

Lord of the Rings. J.R.R. Tolkien. The first and most powerful of all fantasy series. Take a glance at how many books, movies, tv shows, and friggin’ cosplay conventions are LOTR-derivitave. This is where modern-day fantasy literature began. 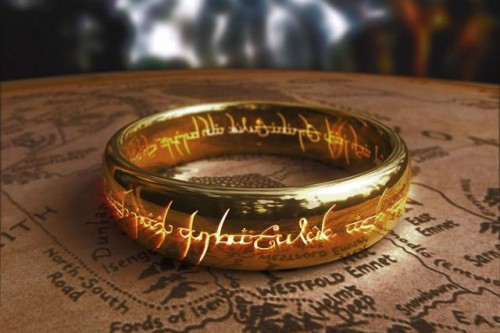 Let’s start with what feels obvious to me. In LOTR, you’ve got some seriously terrifying bad guys. You’ve got nazgul, orks (rumor is J.R.R. wanted to spell it with a ‘k’) a balrog, evil wizards, fell beasts, etc. But more than any of them, you’ve got Sauron, aka a flaming eyeball in the sky. In J Edward’s version of LOTR, Sauron gets a full third of the narrative. He gets dialogue (perhaps from the Witch King’s perspective). He gets backstory (front and center instead of in the appendices). I don’t have a giant list of scenes I’d cut out to make room for more Sauron, but no matter. I’d add a fourth book if needed. The easiest way to darken up Tolkien’s masterpiece would’ve been to add 700% more Dark Lord, and that’s where I’d start.

The second way I’d cast a shadow over LOTR: more good guys need to die. Let’s start with Gimli and Legolas. Their unexpected friendship is a metaphor for all the strange alliances required for the good guys to have any hope of defeating Sauron. And so…one of them must die. My money is on Legolas. And my choice of death is via nazgul, at the Black Gate, right in front of Gimli. Let Legolas’s diminutive friend watch him go down in a blaze of glory, and let Gimli forever cherish their friendship after a nice, long spell of mourning. It’s possible (maybe even likely) that my desire to see Legolas go down has something to do with Orlando Bloom. No matter. It’s a war (the last and greatest of all Middle-Earth wars). The good guys get off too easy.

Who else needs to die? Frodo Baggins. I know. I’m sorry. Slap me silly. Kick me in the shins. I get that Frodo essentially dies when he sails away from Middle-Earth, but I’d have done it in a much more literal sense. Whether by falling into the crack of doom with Gollum, death by sheer sadness after losing the One Ring, or being speared with Sauron’s departing shadow, I’d have snuffed Frodo at the very moment of the Ring’s destruction. With every hobbit making it back to the Shire, the good guys get off too easy again. “You didn’t seriously expect him to survive Mordor?” someone could’ve asked Gandalf. “No. It was only a fool’s hope,” he would’ve answered again. And it was. We should all be punished for our foolishness, not just the poor, misunderstood antagonists.

A few quick-hit ways to continue darkening the series up:

Nazgul: win a fight or two (instead of constantly losing)

Minas Morgul: we get a glimpse inside

Witch King and Gandalf: fight (with the Witch King fleeing back to the battle)

Moving right along. To really F with the reader, and to maximize the good guys’ suffering, I’d have ramped up the battle at the Black Gate. Tolkien made it well and truly dire. I’d had written it direr. I’d have butchered the good guys almost to the last man standing before the One Ring is destroyed. Legolas: dead. Gimli: wounded. Aragorn: wounded. Gandalf: holding the horde at bay for just…one…moment…longer. Leave the good guys with maybe a few dozen brave souls, and no more. I’d have wanted the reader to wonder, “He won’t really kill them all here? Will he?” Maybe I wouldn’t. Maybe I would.

In ending the series, and with an eye toward leaving the reader with a subtle feeling of dread, I’d let Saruman live. Sure, Grima can try to kill him, but I’d give the original White Wizard a pass. He can creep off to the north, broken staff on the mend. His heart will be filled with vengeance, anger, and always the memory of Sauron’s voice in his head. Tolkien’s version works perfectly for a happily ever after ending, but any dark fantasy worth its salt needs a shadow of a threat to remain, therefore reminding the reader that conflict always was and always shall be. 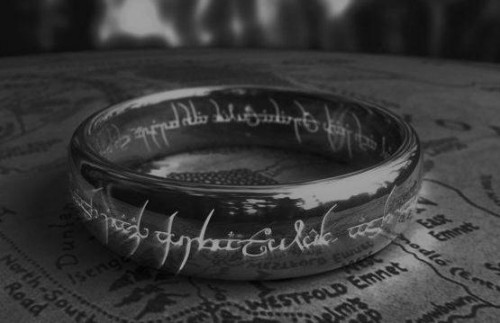 I’ve got a certain Rolling Stones’ song in mind…

There you have it. Don’t get me wrong: LOTR is perfect as-is. I wouldn’t really change a thing. It’s all just speculation. And by speculation I mean; painting rooms black and making hearts jump.

Tune in for next week’s What if…? segment, during which I rewrite 50 Shades of Grey as a horror novel. Just kidding. Maybe.