It’s kind of a thing.

You might’ve heard of it.

NFL football. The world’s most lucrative sport. Bone-crunching hits. Last-second touchdowns. An all-consuming war between twenty-two men on the gridiron.

A massive devourer of time. 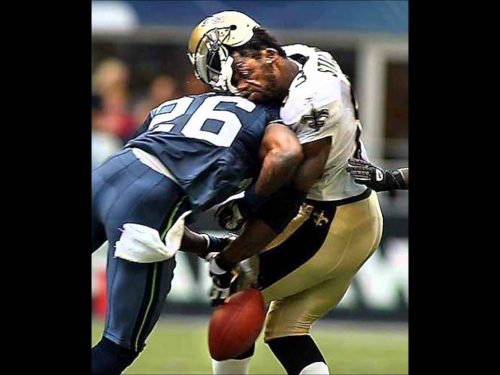 Not sure your helmet helped you much, buddy.

For the last 3,000 or so NFL seasons, I’ve had a little ritual. Ok…fine. It was a big ritual. It went a little something like this:

If I do some conservative math, I calculate that over the last ten NFL seasons, I’ve committed to watching approx. 300 hours of football per season. That’s 3,000 hours over ten years. That’s one-hundred twenty-five days of nothing but football.

Even though I watched pretty much no other television during that span, 125 days was still a huge chunk of my life. It’s especially huge if I consider all the wings eaten, alcohol consumed, and money spent on obnoxious NFL TV packages. Not to be forgotten is the fact that my team, the Chicago Bears, pretty much wallowed in mediocrity the entire time. It’s not like I sat down to greatness every game. Most of the time, my team lost. Badly. 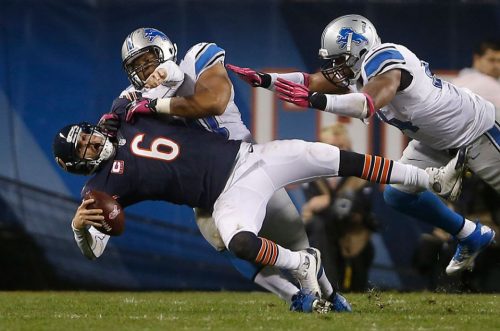 A metaphor for my every football Sunday since 1985.

So here we are. Another NFL season beckons. My friends are nipping at my heels to join a fantasy league (never gonna happen) and my television just sits there in the dark, waiting for football to explode.

Only this year, it won’t. Not for me.

I’m taking an oath this year. I’m not going to purposely sit down to watch a single regular season football game. Not NFL. Not college. I might allow myself to watch the playoffs, but then again I might not. How is this even possible, you ask? Will I really be able to resist flipping the TV on? The answer is a resounding YES. I don’t have cable or satellite this year. So unless I’m at someone else’s house with the sole purpose of watching the NFL, this part of the oath should be easy. Right?

Why? Why would a football-loving lunatic deny himself a beautiful season of pigskin?

It’s simple. I want my time back. I want my 300+ hours refunded, and I want to do other stuff in place of sitting on my backside for a large portion of my free time. Do I know exactly what I’ll do with the time? No. Not really. I might write books, paint huge canvasses, or go running in the rain. Then again, I might take my kid outside, spend all day BBQ’ing and sipping scotch, go jogging in the deep woods, or play a ton of fantastic video games.

I don’t know. And I guess I don’t really care. It’s an oath I’m making. No football. No fantasy football. No obsessing over statistics. And no, I’m not turning into one of these people. I don’t hate the game. I haven’t lost my love of competition. I’m just done for one year, maybe more, of planting my bottom in a chair to watch other people take the field.

If I think about it, and if I’m really honest with myself about the effects of having watched so many thousands of hours of sports in my life, I have to consider the things I’ve probably missed out on. Because football’s not the only game I’ve been obsessed with. There’s also baseball, basketball, and volleyball, which no doubt I’ve lost thousands more hours to. And if I add them all up, I start to think maybe…

I’ve talked about this year’s non-football oath with my friends. They don’t really understand. They think I’m kidding, that I’m just playing a game of chicken with the football season. Nah. It’s not like that. And I’m definitely not judging people who still plan to watch a ton of games. If that’s still what they love, more power to ’em. Maybe I’ll hang with them next year.

But as for this year, I’ve got other things in mind.

No football. No TV. No texting, web-surfing, or couching the days away.

It’s time for a change.

Author of tons of stuff, such as: