Tales from the Cubicle – Part 5

You work long enough, you’re going to have weird interactions with your jobs, your fellow co-workers, or just strange days that you might not always be able to explain. I’ve written about a handful of my own here, here, here. and here but a couple of others have invaded my brain recently.

During the course of most of my days, you can find me at my desk deciding the fate of everyone who has ever taken I-285 and wondered why all the exits are closed (or at least that’s what I tell people I do). So my interaction with any kind of wildlife is pretty limited to birds or squirrels that I might see on my drive to work. Occasionally we might have a safety moment where they talk about the snakes you might encounter in the field. Now, I wouldn’t say I ever completely tune that stuff out, but maybe I don’t give it my full attention (as again, it doesn’t affect me).

However, there was an evening when the wildlife decided to take a stroll within the office walls. I think a couple of us were working a little late, and I was close to being done for the night, but probably had another half-hour or so to go. That’s when I spotted it. 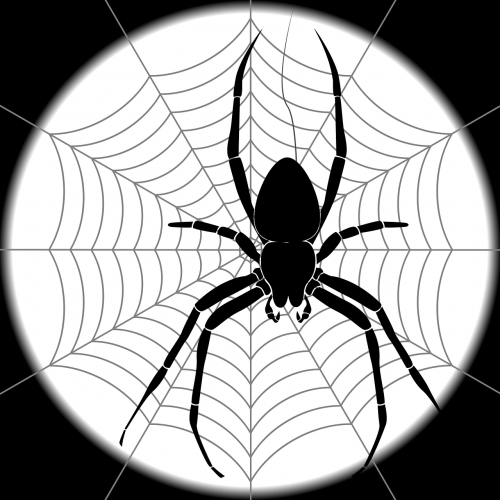 A rather large spider had come into my cubicle. Now, I’m pretty sure there is some kind of deal that this spider was violating by being there, but I was more taken by the size of the damn thing. Let’s just say that it was the type of thing that couldn’t be allowed to live. It was very much a me or it type of scenario. Even James stopped by and let out a “damn, that’s a big spider.” I took my shoe (which I had taken off to try to be as comfortable as I could while still working) and effectively threw/slammed it down on the spider.

It didn’t kill it.

In fact, the damn thing decided that it was going to start coming after me. James and I evacuated the area as fast as we could. If it wanted to be the owner of the cubicle, I’d just have to start looking for a new job…

I started dating my now wife in high school, which meant that she had to take many a barb thrown at her by my friends. Most were good-natured, but one was irrefutable. Whenever Courtney and her friend Robin ran into each other, whether it was at school or the mall, they would start talking to each other. Their voices would begin to get a little higher pitched and faster as the conversation continued, until it reached a crescendo where we were convinced they were no longer speaking any human language, but were, in fact, speaking Dolphin. It was a true transformation, and I only wish that Atlanta would have had its aquarium back then. Who knows what scientific achievements might have been unlocked.

However, I’d never seen (or heard) such things since those days… until I hit my career years. 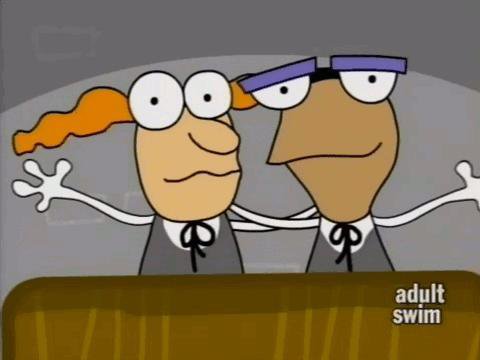 There were two ladies in the office that, while they didn’t get to a dolphin level pitch, their banter reminded me of something I’d heard before. That excitement in their voices seemed familiar and yet not. And then I was up late one night, watching Adult Swim, when a little show called Home Movies came on, and two of the characters began talking in the same excited tones. It was nearly identical.

So they forever became Walter and Perry in my mind for the rest of my time with the company (and if you’ve never seen Home Movies, you can find all the episodes on HBO Max, check it out… I miss that show).

Second and Third and Fourth Opinions

In a previous blog, I mentioned a co-worker we nicknamed Floody due to his inability to find long enough pants. However, there were other things he did that baffled some of my friends. Their all-time favorite was when he would call you over to ask you an engineering problem. This sort of thing certainly happens all the time. You need a second set of eyes on something, or you just never have encountered the problem before, or whatever your reason. Now, when you do this, if the person you are asking doesn’t completely seem to know or maybe stammers their way through the answer, I think you are well in your rights to seek out someone else to make sure you are on the right path. 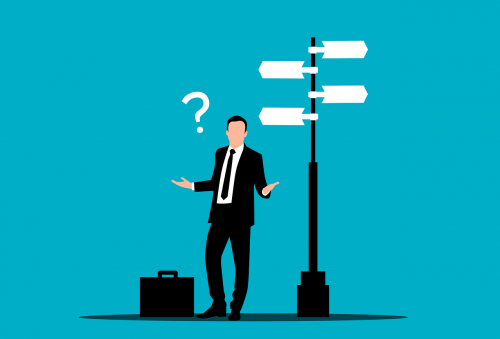 That said, if the person isn’t hedging their bets, but instead walk you through the reasoning why they designed a similar situation a certain way, you’d do well to not only listen, but to take that to heart. And even if you aren’t 100% sold, you should definitely not go immediately to another engineer, in front of the first person, and ask them the exact same question.

And the thing was, Floody did this constantly, to the point that it made you not want to engage with his questions in the first place… or maybe only give him a short answer so that you can move on and he can go to a source he trusted more than you.

I believe James even told him one time, “Hey, why are you asking me, when you are just going to go ask Carl as soon as I get done telling you the answer.”