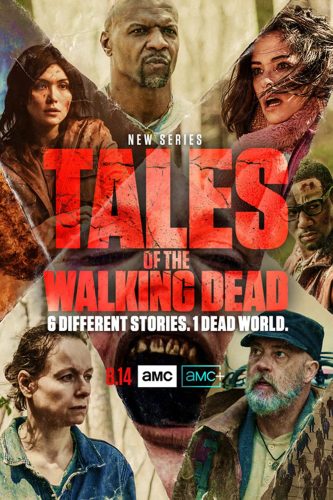 I’ve been thinking about anthologies a fair amount recently. From short story collections to old-school television shows, these shorter narratives can help to illuminate a story idea that can’t or shouldn’t be told in a longer format. In addition, when you are dealing with a shared universe like The Walking Dead, something like Tales of the Walking Dead should not only allow you to tell stories that wouldn’t fit within the regular series but also allow you to expand the world along the edges. These should be stories that could only exist within this universe. They should not be horror stories for the sake of horror stories.

I should come away with the idea that these are Walking Dead Horror stories.

I would consider this the quintessential Walking Dead story: The Travel Story. Much of the main show is about our characters going from Point A to Point B. Sometimes they are looking for supplies or a new home, and other times they are looking for a singular person. “Evie/Joe” is exactly that. Our two main characters meet once Joe is on the road. Like many other times, we can see the initial distrust bloom into an odd couple friendship. They are both looking for meaning in the dead world: Evie through trying to find her boyfriend and Joe through trying to find someone who he communicated with prior to the end of the world.

Overall this episode is less “scary” and more of a fun story. It’s the perfect lead-in for the series.

The spoiler for this episode – it is a Groundhog Day situation. The episode takes place at the very beginning of the outbreak where no one knows the world is about to end but viewers get to see all the tell-tale signs of impending doom. At the center of it is a story of two women who work together… who hate each other… and who find themselves reliving the same day over and over. Try as they might, they can’t seem to break the cycle, nor can they stay away from each other.

As a character study on two very different people (one beat down by the life she’s created for herself and the other beat down by her boss), this works really well. It plays both for horror and laughs, but really the horror is that it will take the apocalypse for either of them to start trying. However, while I’m a sucker for Groundhog Day-style storytelling, this one is a bit jarring within the bigger universe. At no point in the series are we led to believe some form of weird physics or magic is alive and well. And going back to my original idea, this could have taken place in any horror anthology as nothing makes it strictly Walking Dead. 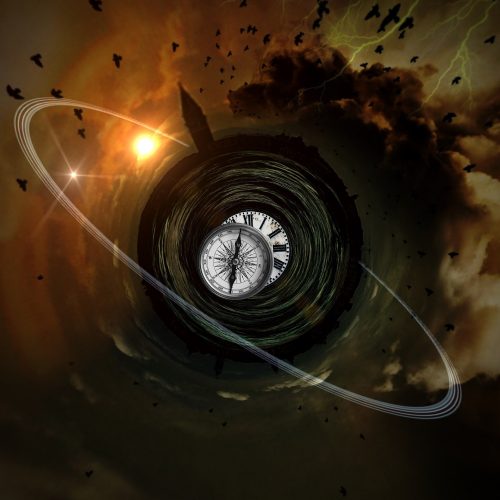 I must admit it was strange to find a very familiar character as the centerpiece of this episode: Alpha of the Whisperers. Where in the show we saw her origin story, this episode deals with the time between her “beginning” and joining the Whisperers.

Given what we know about Alpha (or “Dee”), her obsession with keeping her daughter, Lydia, safe is on full display here. What’s interesting is that we know her only as a villain, so I admit it colored my perception of her throughout this story. It seemed as if the writers understood that idea as well as they presented the viewer with numerous opportunities for not only the other characters on the show to not believe her but us as well. It also gave a little more insight into how she might be OK with allowing her daughter to stay with the Alexandrians later on (the loving Mother).

While this was a story that could have been told within the main show, I can understand not wanting to stop that narrative for an episode like this. In light of this, I have to wonder if future seasons might use this format to shine a light on some of the lesser-known characters we’ve met on the way.

My favorite episode of the season, and the one which fulfilled the promise of what this show might or might not be. Dr. Everett is a biologist who has decided to study the Walkers. He’s marking their migration patterns, the idea they might display different traits/functions among the overall group/herd. Set in this odd area of America where a portion of the land has been cut off. This allows him to see how the land has begun to come back. The animals are thriving.

All without human interference.

This was an episode that leaned into the world’s overall lore, but also managed to expand some of the concepts in ways I hadn’t considered. Is it better if humans weren’t around? For the Earth, it appears the answer is yes.

An episode that swung for the fences, but I fear didn’t quite connect for me. Told in a series of flashbacks, the story focuses on Davon, a man who wakes up with gaps in his memory and is handcuffed to a dead person. Who then starts calling him a murderer. Throughout we get to see glimpses of what happened, slowly seeing how Davon ended up in a very isolated village, and how he found himself hunted by those same people who brought him in.

I’m not sure why this one didn’t click for me, but I think part of it was it felt more like a story that could have been told about any isolated community. The only Walkers we really saw were at the end, and while they did get a bit of mileage out of the “is the dead woman in his head or is it a zombie or…”, ultimately it could have been told in any horror anthology. 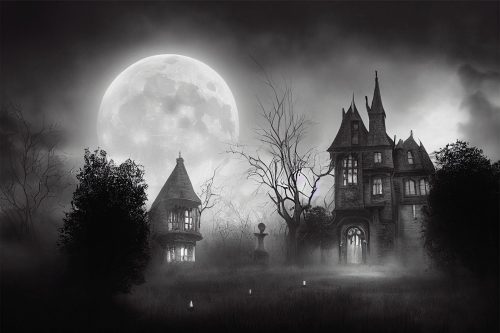 Image by Sandy Flowers from Pixabay

What happens when you mix zombies and a haunted house story? You get something that is a bit different than anything we’ve seen in this series. Many times in a normal haunted house story, you have to suspend disbelief on why the characters would stay in a place that might be driving them insane. However, in this, we have a situation where going back out into the Zombie infested world is also insanity. Might you do your damnest to try and find a way to make it work? Might it be worth it to ignore all the odd and horrific dreams?

That’s a story that really looks at the world and says “how can we push things”.

Writer of comics and novels. In 2006 his first short story "The God That Failed" was published by Terminus Media in their debut comic Evolution Book 1. Since that time he has had stories published in Terminus Media's Evolution Book 2 and Evolution Special, Kenzer and Company's The Knights of the Dinner Table, and Four J Publishing's The Burner #3. Currently he is eagerly awaiting the digital publishing of his first creator-owned comic The Gilded Age #1 to be published online as well as his first novel The Dark That Follows later this year.
View all posts by John McGuire →
Tagged  Anthologies, John McGuire, Tales of the Walking Dead.
Bookmark the permalink.