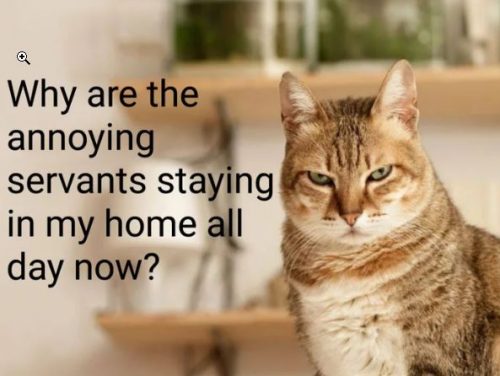 I have a problem throwing things away. If I’m completely honest, it’s not that I don’t recognize that I don’t currently need “The Thing”, but it is more of the false idea that I will need it at some point. This means if I throw it out, I’m going to hate myself six months, six years, or six decades from now.

But these ideas take up valuable space in our home… in our lives.

I returned to the Office for the first time in 14 months this week. It was and is a surreal experience. I’m lucky that my job of designing roads meant I had the opportunity to work from home, and for that, I am very grateful. However, even if at first I wasn’t sure how or if it was going to work, I believe I not only did a good job day in and day out, I grew to appreciate the lack of “lost time”. You know the Lost time:

The commute. The running out for lunch. The needing to get up hours early so that you are in the office by a certain time. Staying later because a task has to get done.

I think I was nearly as efficient from home as I was the office, but sadly, all things must come to an end. Which brings me to my point: when I returned to the office I took a little bit of time to go through these pieces of paper that littered my office. Oh, they were filed away for the most part or placed in very organized stacks, but it occurred to me that it had been 14 months since I’d laid a finger on any of it. 14 months after I was convinced I needed to have that particular piece of paper for all time sitting on my bookshelf. 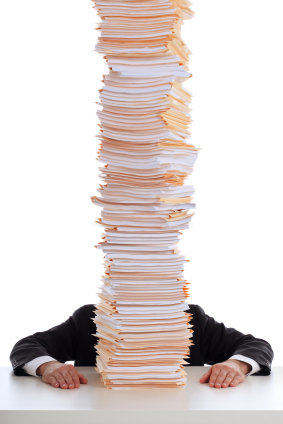 Pretty much an actual picture from my office desk.

I hadn’t needed any of it.

I thought hard about it, but at no time during this last year did I miss any of it. At no time was I sitting at my home setup thinking – “crap, I need to run by the office to grab that folder”. Everything I needed I brought with me, and those things I really needed were online anyway.

So, it makes me think that I’d convinced myself of a reality that didn’t really exist in any form. I mean, if I didn’t need that stuff, then what else might I have kept that I don’t need? I threw out a couple of armfuls of things and felt a little better, a little more organized at work. And now I’m starting to think about some items at the house and perhaps, maybe, I don’t need those items anymore either?

It doesn’t mean it isn’t a scary thought for me. It doesn’t mean that I’ll get down to the magical 10 items and live the no material possessions lifestyle. But it might mean that I can get rid of some of these scraps of paper and printouts and videotapes (VHS!) and…

Well, you get the picture.

Writer of comics and novels. In 2006 his first short story "The God That Failed" was published by Terminus Media in their debut comic Evolution Book 1. Since that time he has had stories published in Terminus Media's Evolution Book 2 and Evolution Special, Kenzer and Company's The Knights of the Dinner Table, and Four J Publishing's The Burner #3. Currently he is eagerly awaiting the digital publishing of his first creator-owned comic The Gilded Age #1 to be published online as well as his first novel The Dark That Follows later this year.
View all posts by John McGuire →
Tagged  John McGuire, Pack Rat.
Bookmark the permalink.