The Ideas Are All Around Us

Something I hear from time to time is this weird idea that writers get ticked off when someone asks them what they do and when they respond “I’m a writer” the other person says “I’ve always wanted to do that.” And then they make a similar statement about doing surgery or flying a plane or whatever. The point of the cartoon or meme is supposed to prove that writing isn’t just something you can decide to do one day. That it is a difficult thing and the people shouldn’t demean them by assuming their job is something just anyone can do.

And there is a lot there I can understand, and I can agree with.

If you want to be a writer or a pilot or a surgeon the secret is that you can certainly do it. If you make the decision tomorrow to change your path in life, you have that power. We all have that power. In fact, I think the thing that holds most people back isn’t the act of trying to be a writer (for example). It is actually extremely simple to be a writer. You simply have to sit down and write. That’s the big secret. You just have to decide to do it.

But the thing that stops people is the Fear. The Fear that whatever they write won’t be good enough. That they won’t be able to finish their great American Novel. That they will run out of ideas. That it will be a terrible read. That they’ll be laughed at and told that they don’t have the talent for it.

The second secret is that EVERY SINGLE WRITER FEELS THIS WAY. And every artist feels this way. That Imposter Syndrome is a very real thing.

So what separates those that “could be a writer” and those who are writers?

Yes to all of those things, but Fear is what ties it all together. 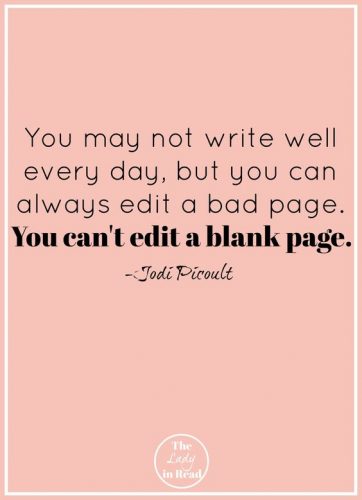 When you are working late at night or early in the morning or on the bus or train or in your car or wherever your writing takes place, it is you against the blank page. It means that sometimes you are going to sit down and the words just don’t flow. Or they flow but it all comes out terrible. Or it comes out alright but then you realize you’ve put it in the wrong tense. Or you’ve used too many descriptions or you haven’t used enough.

And so on and so on.

But you have to tell yourself its ok.

There have been all manner of times when I am editing something I’ve written and get disgusted at the style. It makes me sad to see certain words repeated over and over like a crutch. “This guy can’t even write” types of thoughts roll through my brain.

And yet… and yet there are also those times where the words I reread shock me a little bit. A turn of phrase here or a description there or a playful bit of dialogue… all of those things can make me perk up. They are little proofs that while I’m still learning every day (hopefully) that occasionally it all connects exactly the way I want. It is in those moments that I really do feel like a writer.

But it doesn’t mean that the random person who has always thought about doing it is wrong to think that way. Because there was a time when you didn’t know anything about how to do it. You had so many started and stopped pieces on your harddrive or in a notebook. At some point it became a passion, and you learned. And you practiced. And you got better.

I read something a long time ago which said that every story has already been written. So most of the time you’re not breaking new ground. However, YOU have never written that story before. The world may need to read YOUR version.

So keep at it. It’ll come together.

Writer of comics and novels. In 2006 his first short story "The God That Failed" was published by Terminus Media in their debut comic Evolution Book 1. Since that time he has had stories published in Terminus Media's Evolution Book 2 and Evolution Special, Kenzer and Company's The Knights of the Dinner Table, and Four J Publishing's The Burner #3. Currently he is eagerly awaiting the digital publishing of his first creator-owned comic The Gilded Age #1 to be published online as well as his first novel The Dark That Follows later this year.
View all posts by John McGuire →
Tagged  imposter, John McGuire, writing.
Bookmark the permalink.