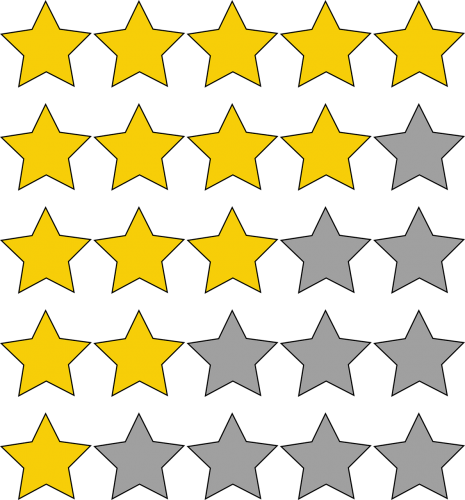 Back in college my wife and I went to the movies about every other week… so we saw our fair share, but compared to some of my other friends, it was merely a drop in the ocean. Add to it the idea that we were only going to see the top end movies… and by that I mean we’re seeing mostly the big movies. The summer blockbusters, or the movies that… well, the ones people have actually heard of.

Obviously, this limits your exposure to some hidden gems, but it also (sometimes) helps to avoid really bad films. You know the ones I’m talking about – terrible comedies with the latest sitcom actor or some romantic movies with no discernible plotline or most of the disaster movies or most of the “Big Giant Animal attacks” movies.

If we saw a trailer that showed a movie we didn’t think we’d like… we didn’t go see it. It wasn’t a moral imperative to make sure to hit all of the movies.

This means, most of the time, I’m predisposed to like movies I got to the theater to see. It means I’m not trying to nit-pick things to death, but am really trying to enjoy the ride.

And hey, people go to the movies (or watch them at home) for any number of reasons. Maybe you just really like the experience. Maybe it’s your trade and you feel like you have to keep up with them.

The reason I even start this with all of the above is that when I like something, I’m “in”. I’m not waiting in the wings to shout “Aha! I knew you would screw this thing I love up!” No, I’m “in” for as long as I possibly can be. I love with my whole heart these bits and pieces I grew up with. And if you want me to not love it any longer, then you have to do a TON to push me away.

So I have to watch the commentary about The Last Jedi over these few days since I consumed it with a bit of a raised eyebrow. I’m never sure where any of the people who poke at their so-called loves are really coming from. Unless I specifically know you, I have to believe that perhaps you have been jaded by something else and you were waiting for this movie so that you might just say bad things about it. That maybe, long ago (in a galaxy far, far away) you might have been “In” for Star Wars. Maybe the Prequels did it. Maybe it was Disney buying the franchise. Maybe it was the wiping away of the extended universe. Maybe it was Han shooting last. Heck, maybe it was Rogue One. Maybe it was JJ Abrams. Or maybe it was just that you only want to love the original trilogy.

And that’s all ok. 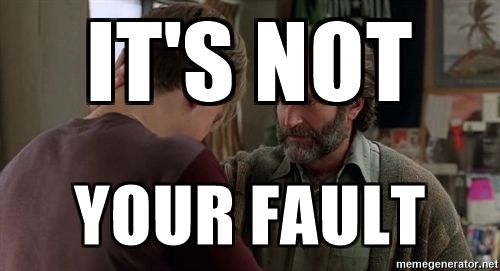 I liked The Last Jedi. Like I said above, I’m predisposed to liking it. Heck, I may love it, only future viewings will inform that emotion.

I liked that there were certainly call-backs, but many times those call backs were slightly subverted. I liked that Luke had changed in 30 years. Luke at the end of Return of the Jedi is a million miles away from what he was at the beginning of A New Hope, so to think he’d still be in the same headspace never occurred to me. Do I agree with every little aspect of how he got there? I don’t know. I’ve only had a couple of days to digest. I’ve only talked it over with a couple of people

Snoke’s big scene – I really dug it, but then again, I haven’t been obsessed with trying to figure out who this guy really was.

Leia – Moreso than The Force Awakens I understood that she is the Rebellion and the Rebellion is her. That she is the one person who will never give an inch, never surrender, never give up, and she will always be that true north star for the Rebels. If you are ever confused about what you should do in a situation within the Star Wars Universe, figure out what Leia would do and then do that. 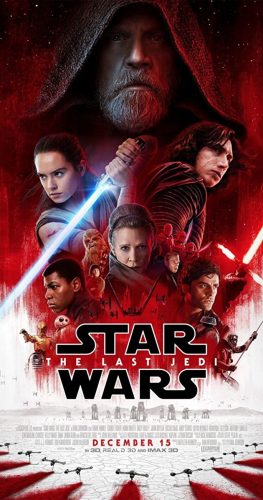 Finn – I like that he’s always running. He’s human and unsure of himself and scared of his past.

Poe – I like that he’s brash, but he’s not Han Solo. He makes mistakes (big ones), but he’s trying to do right… as best as he can. I like that he got more of a chance to be a real character.

Rose – I like that she gives more of an every person viewpoint of the Rebels. She sees these people as the heroes they can be.

Kylo Ren – For the people confused about whether making Rey the main hero of these movies means they are not about the Skywalker family… I don’t get it. Episodes 1-3 were about the fall of a man. Episodes 4-6 were about his redemption. And it feels like Episodes 7-9 might just be about his legacy.

All of that doesn’t mean there aren’t moments that felt a little clunky or a little out of place… it just means the good outweighs any bad. These movies don’t have to be perfect (I mean, there is only one Empire Strikes Back).

That may be the truth.

Writer of comics and novels. In 2006 his first short story "The God That Failed" was published by Terminus Media in their debut comic Evolution Book 1. Since that time he has had stories published in Terminus Media's Evolution Book 2 and Evolution Special, Kenzer and Company's The Knights of the Dinner Table, and Four J Publishing's The Burner #3. Currently he is eagerly awaiting the digital publishing of his first creator-owned comic The Gilded Age #1 to be published online as well as his first novel The Dark That Follows later this year.
View all posts by John McGuire →
Tagged  John McGuire, review, The Last Jedi.
Bookmark the permalink.