The Loss of Things

No talk of books today.

And no extreme sarcasm.

Today I summon you, internet, to be my catharsis. To hear my wailing. To soak up my rare bout of sorrow and listen to the tale of how I lost (gave away) my house. And to know why I’ll probably always be a little bummed about it.

It all began in April 2014. After a few months of shoebox apartment life, I got it in my head to buy a house for me and my son (The G Man) to live in. And it wouldn’t do to just be any house. It had to be a new house in a part of town I’d always wanted to live in. Suburban, but not quite rural. Near the lake, but not on it. I wasn’t gonna compromise, not on this. I wanted what I wanted.

I was deadly serious.

Within a week of deciding, I gathered my funds, secured an agent, and started the long journey of building my future home. It wasn’t painless, by any stretch of the imagination. My lender put me through systematic torture, requiring an endless stream of documentation and re-documentation. My spotless credit and financial reserves didn’t really matter. If I wanted the bank to invest in my house, in me, I had to suffer through their endless inquiries with a smile. Anyone who’s ever bought property knows what I’m talking about. You play the bank’s game, or you walk.

And so I played.

Because I wanted it that badly.

In June, they broke ground on a small piece of land in Sugar Hill, GA. Mine was to be the first house erected in the cul-de-sac, which meant I knew from the beginning the first several months of my living there would be to the tune of other houses being hammered into place. That was fine. The prospects of noise, nail guns, and concrete trucks didn’t bother me. Like I said, I wanted what I wanted. 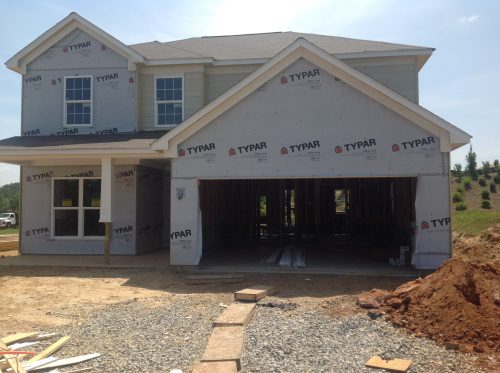 Yep. There it was. This pic is from the first time I took the G Man to see our house-in-the-works. We explored the skeletal insides, stomped through the surrounding woods, and tracked mud all over the place. Despite my usual self, I allowed myself to feel just a little bit excited. Not everyone is lucky enough to build their own home. I knew that, and I still know it now. When the G Man and I glimpsed the epic-huge living room, the giant shower, and the grill-tastic backyard, we hi-fived each other. This is gonna kick ass, we knew. We’ll live here for F’n ever.

Neighbors’ houses started to spring up, and while theirs had all kinds of problems (floods, cracked concrete, crappy grading) our house suffered no delays. Even so, it was a hard wait. Every day of waiting for the builders to finish and the bank to sign the final paperwork was a small eternity. 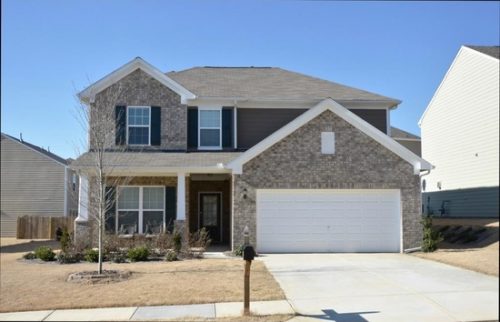 The G Man and I moved from our humble little 700 square foot apartment into our new home, which felt like a mansion. We didn’t have much stuff, which was fine. The big, open spaces were perfect for us. All we needed was our grill, our bean-bag chairs, and some sunshine.

Within a few months, we’d made ourselves perfectly at home: 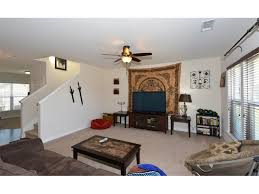 Our living room. Complete with swords on the walls and a giant tapestry. 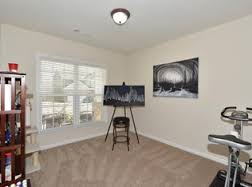 The painting room. With perfect sunlight in the morning and perfect gloom in the evenings. 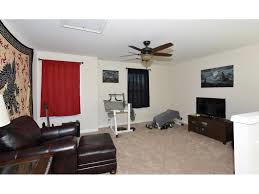 Our writing and gaming room. In other words, our Heaven.

From that moment, we were in love. Weekends formerly spent cramped in a shoebox were suddenly glorious events that never seemed to end. We watched movies at top volume. We cranked up our guitars…and no one complained. We grilled all day and sometimes all night. We met our neighbors and we loved them. Somehow, after all the turmoil of the previous years, the G Man and I had found our sanctuary.

A year went by, and I can honestly say it was among the best years of my life. You see, when you have a place you can call home, a place you know and love, the rest of the world’s troubles begin to fade away. A hard day’s stressful work can be overcome with just two steps into your home. A rainy afternoon becomes a reason to open the curtains and watch the dark clouds stream by. A frigid winter’s eve is just an excuse to roast some marshmallows and curl up on the couch with hot cocoa in hand.

I slept better than ever.

The G Man sprinted to our door ever single time he came over.

We swam an entire summer away in the neighborhood pool.

It was a good time.

It ended too soon.

Living so far from the city, I was driving at least two and a half hours every day.

HOA fees and insurance were gobbling all my savings.

And as an extreme extrovert, dating and making new friends in ‘burbs was no picnic. Actually, it was almost impossible.

Now, to be clear, I still loved my house. I mean…really loved it. But as the months rolled by, I was spending not nearly enough time there. If I wanted to do anything (shop, dine out, go on a date) it was a two-hour driving commitment. Harder yet, the town of Sugar Hill was growing fast, meaning taxes were tending toward the absurd. Road projects sprang up all over the place, adding insidious delays to my commute. And with the neighborhood filling up, swimming in the pool became like swimming in a bathtub with seven-hundred toddlers.

The struggle was real.

And my savings, hard built over the last ten years, were dwindling.

Now, as an aside, I feel the need to disclaim that I’m not a materialist. Things and possessions are not what makes life good. Moreover, I realize my good fortune in being able to build a house. How many people get to do that in life? Not many, I wager. As long as I live, I’ll never overlook the fact that I’ve been damn lucky, and that most of my struggles are what you’d call first world problems.

In February 2016, when I made the decision to put our house on the market, it was the hardest thing I’d ever done. Harder than taking ten years to write a book. Harder than divorce. Harder than anything. It felt like a betrayal of all I’d worked for. It felt like pulling the rug out from under the G Man. It felt a little…like death.

And sitting in the lawyer’s office, signing papers that would release my house to someone else (she was a nice lady, at least) I felt the only real thing I’d ever wanted for myself slipping away. Sure, it refilled my coffers somewhat. And sure, my daily driving would go from 150 minutes down to 25 minutes. But I knew at that moment I’d probably never again fire up my grill while surrounded by trees I’d planted. I’d never stand in the moonlight filtering through my windows and paint fearsome art. I’d never sit in my writing chair, windows open to the owls and crickets, and write in the starlight. I mean…I might do all these things again someday, but not in the same context. Not in that exact moonlight. Not with the same owls and crickets. And most importantly, not with the same sense of peace washing over me.

But even as I’m writing this, even as I hurt with the subtle pangs of losing my house, I’m plotting.

I’ll find someplace new. It may be smaller and closer to the clamor of the city, but I’ll find it.

It just won’t be the same.

Thanks, house in Sugar Hill. I’ll always remember ya.

Hard, dark author and painter of deep shadows (most of the time)

Like Loading...
Tagged  longing for peace, Losing your favorite thing, Moving away from home, someplace to call home.
Bookmark the permalink.