The Truths About Comic Conventions 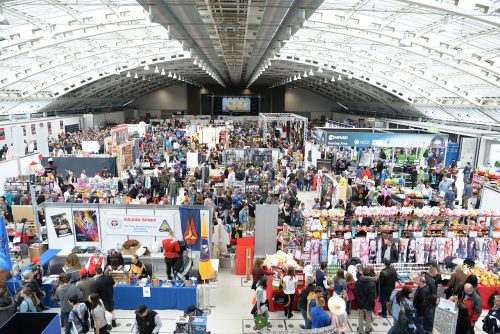 This past weekend I spent time holding down one half of a table at the Atlanta Science Fiction and Fantasy Expo.

Conventions are a strange thing. I can’t claim to have done the rounds as much as some of the other people I run into at cons, but at this point, I’ve parked myself at many different tables over the years. You never know quite what to expect, who may be interested in your products or who might just stop by and chat. There are a few things that always occur at conventions… without fail.

As soon as you step away from your table someone will come up wanting to buy one of your comics/novels.

It never fails. You are starving or your bladder is full, so you step away for a few minutes and when you come back the person who graciously watched your table for you says, “Hey, a person came up wanting to buy X thing, but I didn’t know the price so they said they’d come back later.”

You always have more product on hand than anyone could reasonably expect to sell in one day.

If it was possible, I’d try to take every single item I had in my possession into the con… “just in case”. When really, I should have about half that number in my cart/bag/arms and leave the rest in the car. There’s no reason I couldn’t run back out to the car to get the thing that’s suddenly selling out (unless I’ve parked 10 miles from the con, I suppose then you’d want to carry it all inside). 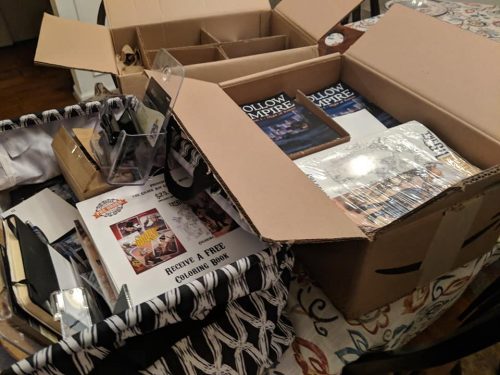 Your pitch probably sucks, but everyone around you has it all figured out.

You stumble or stammer over your pitch to a potential fan and when they leave you are absolutely sure it was because you hadn’t done the correct job in “selling” them on the product. And that may very well be true, but if you listen to the people around you… the words flow like honey past their lips. They are smart and you are dumb. And so on and so on.

That one guy/gal who is just doing gangbusters and you cannot figure out why.

Maybe they have a particular art style. Maybe they have been doing the circuit long enough to gain fans who come to really see what new thing they’ve developed. Maybe they are popular and you’re just out of touch. No matter the reason, they will have the line of people while you are staring at nothing.

There will be times that you miss out on a sale because that one person has decided you are their new best friend!

Some people come to cons to see the costumes, some come to buy toys, some come for the artists, and some come just to talk. Those people are both a blessing and a curse. The blessing is that you get to really engage with someone you might never have the opportunity to in any other setting. Plus it might mean the day just flies by instead of dragging minute by minute. But it comes at a cost, the longer you talk to the one person, the less able you are to talk to the next person who walks up to check out your stuff.

Those people almost never seem to actually buy a comic.

Writer of comics and novels. In 2006 his first short story "The God That Failed" was published by Terminus Media in their debut comic Evolution Book 1. Since that time he has had stories published in Terminus Media's Evolution Book 2 and Evolution Special, Kenzer and Company's The Knights of the Dinner Table, and Four J Publishing's The Burner #3. Currently he is eagerly awaiting the digital publishing of his first creator-owned comic The Gilded Age #1 to be published online as well as his first novel The Dark That Follows later this year.
View all posts by John McGuire →
Tagged  conventions, John McGuire.
Bookmark the permalink.