The Ultimate ‘Build Your Own Bad’ Guy Quiz 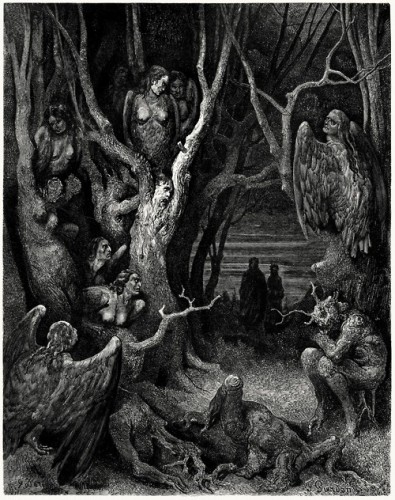 Ever seen a movie and thought, ‘That monster was cool. But I can imagine cooler?’ Ever read a good book but wished the villain were more of a badass? Ever daydreamed up a monster more terrifying than any hero can handle?

Answer the following ten questions and tally up your points. A’s are worth 1 point each, B’s worth 3 points, and C’s worth 5 points. Once you’ve answered all the questions, scroll down to the bottom and see what kind of abomination you’ve created.

Which of the following is most terrifying to you?

B. Psychotic criminal types. Leatherface, the Joker, Freddy from Friday the 13th.

Where does your monster live?

A. In a crypt, a dungeon, a basement, or a vast underworld labyrinth stuffed to its top with bones.

B. Right behind you. It’s watching you…right…now.

C. Far from mankind. Out in the wilderness where no one dares to go. Or perhaps even on another planet.

How does it prefer to kill?

A. Claws, teeth, swords made of bone, axes forged in Hades.

B. A projectile to the back of your head. You never saw it coming. Hey, at least it didn’t hurt.

C. By making you its dinner. In one bite.

How grotesque is this beast of yours?

A. Horrid, rotting, festering. I mean, this critter leaves pieces of itself on the ground as it crawls to get you.

B. Not grotesque at all. Maybe even beautiful or elegant. All the better to get closer to its prey.

C. Alien in nature. Chilling to behold. You’d be so petrified to see it, you might not even run.

A. It destroys because it has to. It knows nothing but violence.

B. It’s cold and calculating, but hardly senseless. This monster gets a thrill out of ending people.

C. Because it’s hungry. And people are crunchy-good.

Look deep into its eyes. What do you see?

B. Yourself staring back at you.

When does it come to claim its victims?

A. Only in the dark of night. It haunts houses after the sun sets, stalks moonlit graveyards, and frolics in forests black and empty.

B. At any time. You’re never safe. Ever.

C. Once every 1,000 years. During which it destroys everything, and then sleeps in the core of a burned-out star.

How can it be stopped?

A. It can’t be. You can drive it off, banish it, or flee so far away it’ll take years for it to catch you. But kill it? Nah. You might as well let it kill you now, otherwise you’ll just die tired.

B. Guns, explosives, nuclear weapons. The bigger the boom, the better the chance it’s dead.

C. Go back in time. Destroy its home planet before it hatches. Or hope the luckiest shot ever hits this monstrosity’s one and only weak spot.

If it could say one thing before claiming each victim…?

A. “Give me your soul…forever.”

B. “I could’ve ended you a thousand times before. But this time it’s for real.”

A. A monster hunter. Cold-blooded. As relentless as the terror he/she pursues. With arcane weapons, a low cowl, and no shortage of courage.

C. A scientist, maybe even a wizard. Someone who knows when bullets and swords aren’t enough. Someone whose mind can engineer the perfect plan to topple the beast with brains, not brawn.

So…what abomination have you created?

0-15 points – A undead horror, but not a lowly zombie or skeletal swordsman. You’ve conjured up the lord of the undead, a lich, a monster with the might to summon whole armies of the dead. This baddie desires nothing more than to drag every living thing down into the underworld. Congrats, your nightmares must be epic. Collect bones much?

16-25 points – A demonic spirit. You probably enjoy movies like Evil Dead, Paranormal, and that awful Billy Zane flick with the Tales from the Crypt dude. Your monster has two forms: One is a fiery, twenty-horned demon lurking within a smoking hellpit. The other…a malevolent spirit content to haunt the minds of mankind. Forget taking over the world. Your monster likes causing mass pain. Just because it can.

26-34 points – Your monster is…a human. That’s right, apparently you think John Wayne Gacy and Jeffrey Dahmer are awesome guys. But seriously, you’ve made a demented, lighthouse-dwelling, prostitute-slaughtering freak. Living on society’s fringe, your messed up human might be a nutcase who dresses up as a clown and kills for thrills…or a sexy bombshell who lures men back to her apartment…and then icepicks them and strings them up for the crows to eat.  Good job. Seek help.

35-42 points – The aliens on TV and in the movies don’t hold a candle to what you’ve created. You’ve dreamt up a skin-peeling, flesh-wearing, human-liquefying extraterrestrial. Oh sure, they’ve got lava for blood, seven rows of teeth, and telepathic powers, but what really makes your alien beasts terrifying is their agenda. They won’t be content with subjugating a suburban city or a village in the boondocks. They want to enslave all of humanity, force us to build a doomsday machine, and then turn us into human oatmeal for a nutritious, delicious snack.

43-50 – Yep. You win. Your abomination laughs at all the others. Hope you’re happy. You probably high-five Cthulu whenever you get home or have a luxury condo in one of Smaug’s teeth. Your monster is big. Really f’ing big. Why mess around with killing a few dozen people when you can eat them all? In five minutes. If your tentacle-armed, ocean-drinking, city stomping monstrosity ever looked one of us in the eyes, we’d be helpless but to stand still and wait to be crushed, enslaved, or hurled twenty miles into the sky.