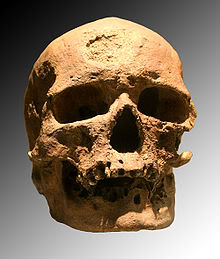 I’ve been slacking. No skulls for several weeks now. I must be losing my touch.

This week’s skull is symbolic. He’s a Cro-Magnon, this guy, and damn handsome if you ask me. He lived tens of thousands of years ago, and in a way I identify with him. Like me, he didn’t catch much TV. He didn’t have cable. He never got to watch his favorite shows. Such was life in the Ice Age. He probably had a wicked DVD collection, but also like me, couldn’t watch it because his Xbox had long since died. Must’ve sucked some days being a prehistoric guy.

Before we get too deep, I’ve a disclaimer: I strongly dislike TV. I haven’t watched a show regularly in decades. I don’t know who’s hot, what’s funny, what awesome new song came out, or who in the business got caught banging who. When my friends talk to me about Breaking Bad or Timothy Olyphant or Doctor Who or Desperate Housewives of Tijuana, I lose all sense of the conversation. I’m Cro-Magnon in my ignorance. I’m an imposter nerd, so desperately out of touch with all things hip culture.  I’m a wolf in sheep’s clothing, wandering in circles infinitely more TV-savvy than I’ll ever be. Thank goodness for that. 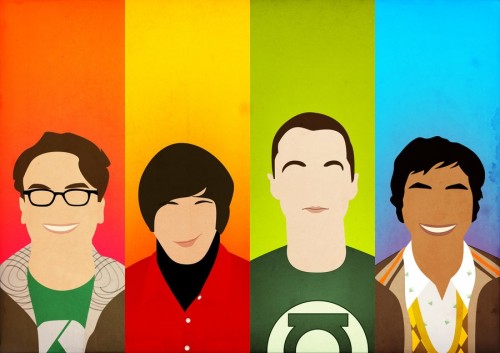 My first mildly-liked show is probably ancient history for you, but new for me. I don’t care that it’s about nerds who remind me of dudes I knew in high school. It’s not important that Penny is somewhat cutish. The reasons I like Big Bang Theory are its brevity, its punch-and-run brand of funny, and it’s brutal sarcasm (or in Sheldon’s case, the lack thereof). If ever I’m in need of 27 minutes of commercially-interrupted stupid, I watch this show. It’s usually good for a laugh or twenty. 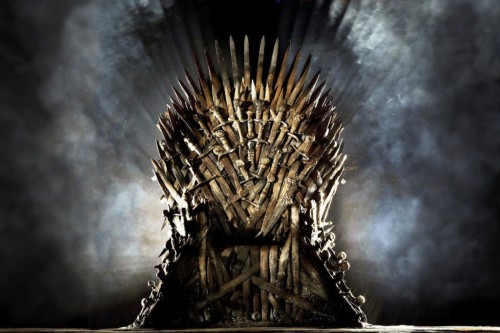 Ok. Admit it. You saw this one coming. On the low-low, I stopped reading near the end of book four. Mr. Martin’s fiction is a lot too sluggish for me, and that’s saying something for a guy (me) who writes Tolkien-length epic novels. But the show, ah…the show. It’s just long enough, and despite my bitching, tends to hit all the major plot points with a nice, sharp edge. Now, it’s true I haven’t seen any of Season 4 (see the aforementioned lack of cable) but I will, and that says a lot. In the realm of television shows, I seek out almost nothing. But for GOT’s brand of death, murder, and betrayal (all of done with swords instead of guns) I will journey out of my cave long enough to watch. My list of characters I’d like to see dead: Cersei, Sam, Margaery, Jaime, Dany….ok pretty much all of them except Arya and the Others. Did I mention I like bad guys?

First, ever notice how the Cosmos main logo looks a bit Sauron-y? I mean; that’s reason enough to love it right there. But ok, the real reason: Neil deGrasse Tyson is a modern day science rock god. Is it possible someday someone will prove his assertions incorrect? Yes. Entirely. But does he knock home run after home run regarding the truth as we now know it? Yes. Absolutely. I love his use-a-scalpel-not-a-hammer approach to explaining science. Being somewhat a space-dork myself, I’m mostly familiar with much of what Cosmos has to say. Doesn’t matter. It’s all in the presentation. Elegant. Vivid. Gutsy. And most importantly, true! If you haven’t watched this show yet, get on it. Cancel your hot date. Give your kids a sedative (or better yet, make ’em watch it with you). Shows like this remind me just how crappy most other programming is. Thank you, maker of Family Guy, for making something I can actually show my son.

So there. Likely my only television-related post ever. Time to get back to skulls, books, and general gloom and doom. To disavow today’s nerdiness, I’m punishing myself with a few hundred chin-ups, and I’m chasing it with a giant slab of angel food cake. And yes…I’m completely serious.

Like Loading...
Tagged  A Lannister always pays his debts, Beginning of the End, Creationism, mad genius, Red Wedding, The Universe.
Bookmark the permalink.