Top Nine Most Inspiring Things Ever

Top Nine List of Things That if They Don’t Inspire You, You’re Just an Awful Human Being 🙂

Disclaimer: It’s true, being a black-hearted SOB, I struggle to find inspiration. However, after I started digging deep, I realized that while inspirational posters make me ill, happy couples hurt my eyes, and cute puppies only make me think of Chinese food…somewhere deep inside I want to be inspired like the rest of humanity.

So here you go: 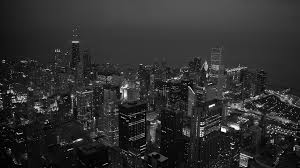 Chicago at night. (Or whatever huge city is closest to your heart.) I recently returned to my home city, and found it huger, bustlier, and more delicious than ever. I’m a wilderness lover, but there’s something about epic urban sprawl that makes me shiver in a good way. 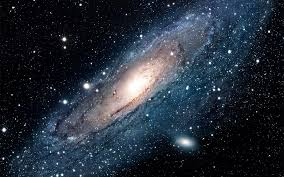 Outer space. I recently watched Interstellar (in the aforementioned Chicago.) I won’t stuff a review down your sockets, but I will say that the thought of all those stars sprinkled into the void is quite possibly the most inspiring and terrifying thing ever. Just watch the tv series Cosmos and tell me it doesn’t make you feel small. 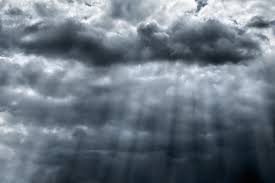 Clouds. As kids we saw faces in them. As adults, they change our moods based on their thickness, their movement, and their greyness. Clouds are the personality of the sky, and rain the Earth’s most raw emotion.

Music. I’m tempted to go on about how contemporary music will destroy the universe, but no…not today. I prefer massive guitar solos, bottomless soundtracks, and booming orchestras, but whatever works for you, works for me. Unless it’s Bieber. Or Miley. Or Toby Keith. But whatever else.

And yes, that’s the G Man. He’s shooting webs. In case you wondered.

A good movie watched alone. I’m on a kick of going to the movies alone. And while it’s awesome to have a friend or date to watch a good flick with, it’s downright awesome to do it solo. For those who haven’t tried it, I heartily suggest you try. You don’t have to share your popcorn. You don’t have to field questions about the plot or whether the female lead is hotter than your date. Alone in the theater, you can just sit your ass down and melt into the story.

Big ass open fields. Or whatever landscape does it for you. I love the woods and the mountains, but there’s something about an open prairie or endless field that leaves me feeling utterly vulnerable to the sky. Vulnerability is good for the mind, especially for artists. Unless you let the world in, you’ll never put anything out.

The Moon. Not to be confused with outer space, the Moon is something special. It pulls at us figuratively and literally. It’s there during the day sometimes, but holds dominion over the night. Once I finally finish my not-so-super-secret project of disabling all the streetlamps in my neighborhood, I’ll be able to see the Moon all the better. Anyone got any industrial strength wire cutters?

Yes, it is what you think it is. And yes, it’s coming soon.

Finishing a plan long-laid. Ever built something that took days instead of hours? Ever invested years into a project? What’s it feel like when you’ve finished? Pretty…f’n…amazing, right? For the Tyrants of the Dead series, I wrote 1.1 million words and later pared it down to 700k. It’s taken me the better part of 12 years to complete. In a few months, the final book comes out. Satisfaction on a stick.

Author of the Tyrants of the Dead