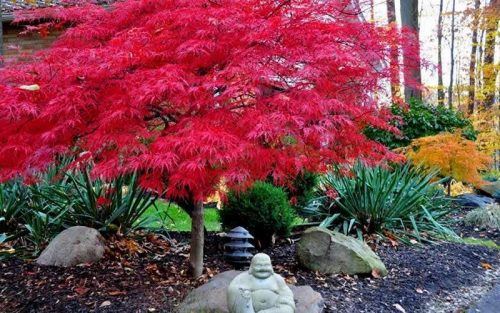 I’ve been living in a swanky apartment for a few months now. It’s about as close to Atlanta one can live without technically leaving the ‘burbs. I’m across the street from a high-end bar. I can hear the highway traffic roaring by.

The pool is packed today. Since the G Man and I started swimming here, the water has never been this populated. I count at least thirty kids and forty adults. Both poolside grills are smoking. It’s sizzling hot beneath the sun, but no one seems to mind. I’m lounging beside a girl, observing our sons as they splash the day away.

It doesn’t get much better than this.

The G Man and I love swimming so much, we come here every day. Sometimes at night. Sometimes even when it’s raining.

As the afternoon deepens, I’m enjoying conversation with my pool-companion. Her son and mine have hit it off well. So well, in fact, they’ve been splashing, water-blasting, and half-drowning each other for the last three hours. We’re waiting for them to tire.

And so we sit, relax, and soak up the rays. We may look like we’re talking, but our eyes never stray far from our kids. Everyone else in the world can drown if they want, just not these two.

As it turns out, no one’s drowning today.

A crowd of kids has gathered in the shallow end. They’re all several years older than the G Man, and they’re packing all kinds of heat – in the form of giant water guns. One kid has a pump-action shotgun blaster. Another has a water gun as massive as a military-grade RPG launcher.

At first, I think maybe they’re planning an assault on G Man and his new friend. I’m no helicopter parent, but if their plan is to bully my boy, I’m ready to dive in and fight everyone to the death.

They’re not gunning for the G Man.

Their target: the red Japanese maple growing just outside the pool. It’s in a huge ceramic pot, and the kids are hosing down its leaves.

Thing is – our perfect little pool is filled with saltwater. Too much salt, and the Japanese maple will wither. And at the rate these kids are blasting it, the little tree doesn’t stand a chance.

Should I stop these kids?

Or would intervening precipitate an argument with more dads than I can handle?

I’m in my lounge chair, taking too long to decide. This is G Man’s moment. When his dad waffles, he steps up.

“Stop!” he screams at a pitch no one else in the world can match.

The kids all look at him. He’s a small guy, just forty pounds. Most of them are twice his size. He’s got no chance if it comes to blows.

I don’t remember teaching my son about the dangers of salt water to terrestrial flora. It may be that I once mentioned it offhandedly, that we grazed the topic during one of our epic-length scientific discussions.

He knows, and he’s pissed.

“Take your guns and go to the other side of the pool,” he instructs. The kids look at him like he’s just slapped them. They don’t know who they’re messing with. They don’t understand how one little kid could seek justice…for a tree.

I sit up, but I don’t intervene. Not yet. I want to see how far he’s willing to go to protect this lonely little tree.

“Water won’t kill it,” one of the kids says. “Trees like water.”

“Not salt water.” G Man glares. “The salt will get into the roots. It’ll kill the tree.”

He’s not calm, but he’s not shouting anymore. Standing his ground, he stares the tree’s attackers down. They’re still not sure what to do.

And while they stand in the shallows, pumping water into their guns, but not yet firing, one of their moms comes over. She takes G Man’s side and redirects the ruffians to the pool’s far side.

As suddenly as it began, the standoff ends.

The tree is safe for now.

When I wade into the water to console the G Man – and commend his bravery – I expect him to be angry at the other kids. They tried to kill a tree, after all. He and I have had a thousand talks about protecting nature whenever we can.

But he’s not mad at them.

He’s angry with me.

He tells me I should’ve, “Kicked all the kids’ butts.”

Maybe I should have.

The tree, just one life among the many at the pool that day, was worth protecting.

Someone had to stand up for it.

And so he did.

We may think we’re teaching our children.

But often they’re teaching us.