When In Doubt, Learn Something New 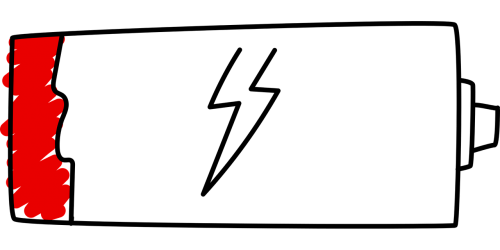 The Grind. Day in and day out the same things. Days blurring together to the point that you legitimately might not know what day of the week it is. The 4th this year, while coming in the middle of the week is very weird, also allows for some grounding and rest and recharging.

But it is not the only way.

Over the weekend, I attended a two-day, online writing course. And by attended, I mean I stumbled out into the room where we have our computer set up and watched and listened and took notes. After the two days were over, I was so jazzed about the ideas I had for my next project that every free moment has been me jotting down ideas on spare scrap paper and spending the last two nights up way too late trying to get every crazy idea out of my head as best I can.

Which I’m only realizing this now, but sometimes we just need to go back to the beginning and remember that while we may know a lot of things, we can still learn brand new things.

As an indy writer, there are so many little bits and the piece you pick up along the way that it very much becomes the bright and shiny thing. And even if you know how to do something, it never hurts to take those steps back and reevaluate your approach.

And really, that’s what can recharge you the easiest and best overall. The daily grind of work, home, work, home and fitting in some sleep somewhere in there can weigh on you.

Years ago, as Terminus Media was beginning to get off the ground we had weekly meetings in the back of a comic store. I’d show up at 5 or 6 and we’d go until 9 or 10 talking, swapping ideas, looking at new artwork. All of it got you pumped. It inspired you to create new things, and it challenged you to try to one-up the previous week’s notable stories. Yeah, there was plenty of times where we didn’t know what we were doing and yet those days, even when an outsider might think that nothing was learned by the people in the room… if you really paid attention, you’d find one thing.

Those are the invaluable moments. And as much as this day off from work to hang out with friends and family is welcomed… it is not the only recharge you should allow yourself to enjoy.

Writer of comics and novels. In 2006 his first short story "The God That Failed" was published by Terminus Media in their debut comic Evolution Book 1. Since that time he has had stories published in Terminus Media's Evolution Book 2 and Evolution Special, Kenzer and Company's The Knights of the Dinner Table, and Four J Publishing's The Burner #3. Currently he is eagerly awaiting the digital publishing of his first creator-owned comic The Gilded Age #1 to be published online as well as his first novel The Dark That Follows later this year.
View all posts by John McGuire →
Tagged  John McGuire, Recharging.
Bookmark the permalink.