Where To Begin and Where To End 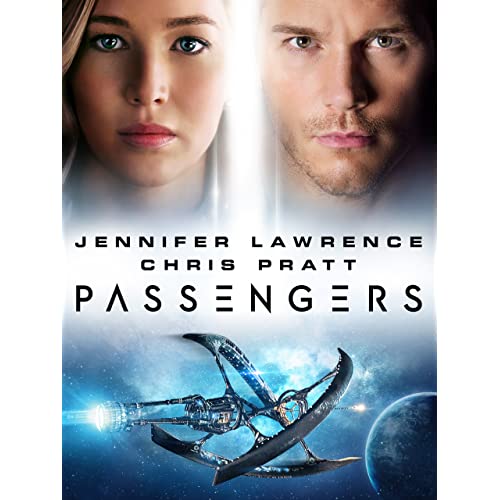 Over this past week, I was with family on our annual beach trip. It’s a great time for everyone to get together, see the nephews, and just enjoy each other’s company around the pool or beach or both. During the course of the trip, my dad and I talked about various things, everything from life to politics to religion to movies to comics and anything in-between. It was in those conversations that we came to talk about movies over the last few years that really resonated with us. He’s a big sci-fi guy and much of my love for the genre comes directly from him. One of the movies we talked about I thought was interesting from a writer’s point of view:

If you missed it (spoilers to follow), it tells the story of Jim Preston (Chris Pratt) after he finds himself awakened from a hibernation sleep on board a colony ship about 90 years too soon. Much of the first part of the movie is about how he deals with being completely isolated (there’s no way to get back to sleep). After more than a year alone, he decides to wake someone else up, Aurora Lane (Jennifer Lawrence). The movie proceeds as a love story (and according to wiki it is an “American science fiction romance”) where they fall in love… and yet we know eventually this big lie will drive them apart once Aurora finds out Jim woke her up (as opposed to the “malfunction” he leads her to believe).

When I watched it a couple of years ago, I enjoyed it, but it was also one of those movies that felt like it could use something else to help push it from a decent movie to a good or maybe even great movie. I remembered reading something in a blog or a post or something where the person reviewing the film posited one change:

What if we started with Aurora’s awakening instead?

You suddenly get a very different movie. One that might be a bit more on the thriller… or possibly even the horror side of things. You see, when you are with Jim from the beginning, he’s our POV. We understand his growing loneliness, so when he makes that decision to wake Aurora up, while we know it is wrong, we get it.

But if she’s our POV, now he’s this weird guy who may or may not be on the up and up. It lends a bit of creepiness to the movie.

Check out this Youtube video for more detail on this idea/theory.

Because as much as I would like to see that version of the movie, the idea alone really got me thinking about beginnings and stories. It’s potentially a very strange thing to rearrange a story and completely change it’s meaning… or is it? Techniques like Flashbacks or Flashforwards or limiting our POV to one character for a story are just some of the ways that an author can try and get the reader to feel a certain way. Maybe they want you to be sympathetic to a character, so they show you bits and pieces of their history so you are drawn to them. But just as easily they could eliminate those very things and suddenly we have 180 degrees of difference in our opinions.

Think about another Chris Pratt movie, Guardians of the Galaxy. The very beginning of that movie shows Peter Quill as a young boy with a mother who is dying of cancer. It shows us how important she is to him, true, but it also helps to ground us with the character. Because most of the early part of the movie, he is a fairly arrogant d-bag. Without that first scene, we might not like him as much because we wouldn’t know why he was the way he was (can’t let people in because they’ll die on you).

This makes me think about how I structure my own work too. In something like Hollow Empire, I began Vadim’s story with comedy. I wanted to convey that this is someone who didn’t want to take things seriously. He is very fly by the seat of his pants type of character. But I also knew that overall his story in Season One was not going to be a pleasant one and that the humor early on would hopefully help the reader sympathize with him as things get worse and worse.

And even in my upcoming book, The Echo Effect, I have an opening section of the story that accomplishes a couple of things for me. One, it sets up my main character, but it also sets up the world that he’s living in (and it also introduces a secondary character that is extremely important to the overall story). When those things change for him, it needs to be jarring for the reader because it is jarring for the character. And while I could have not included this first section and instead jumped to the “something’s gone wrong”, I think it is stronger for the reader to be able to see that indeed, “something is wrong”.

Hopefully, when people read it, they will feel the same way!

Writer of comics and novels. In 2006 his first short story "The God That Failed" was published by Terminus Media in their debut comic Evolution Book 1. Since that time he has had stories published in Terminus Media's Evolution Book 2 and Evolution Special, Kenzer and Company's The Knights of the Dinner Table, and Four J Publishing's The Burner #3. Currently he is eagerly awaiting the digital publishing of his first creator-owned comic The Gilded Age #1 to be published online as well as his first novel The Dark That Follows later this year.
View all posts by John McGuire →
Tagged  John McGuire, passengers, The Echo Effect.
Bookmark the permalink.