Why I’m Staying My A%# out of The Woods

With Halloween around the corner I thought I’d dig into my box of what creeps yours truly out. 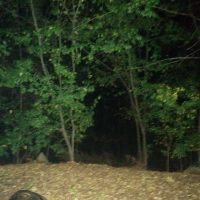 Putting aside such horrors as flying cockroaches (Also known as the spawn of Satan.), and Jules Verne sized squids (It’s the eyes. They bore holes into your soul.) I’m going to focus on one particular thing that keeps me kind of weirded out to a small degree.

The wooded area behind my apartment complex creeps me out.  I’m a grown man, and I’m not afraid to admit that.  Laugh if you want, but for some reason the forested area behind my home can be a creep fest at times.

I grew up camping in Boy Scouts. I love a great hike through the forest, or on a park trail through the woods. Heck, after years of camping in upstate New York, my Dad taught my brother and I how to camp. So I say all this to say I enjoy getting lost (not literally) on a trip or two to the woods. 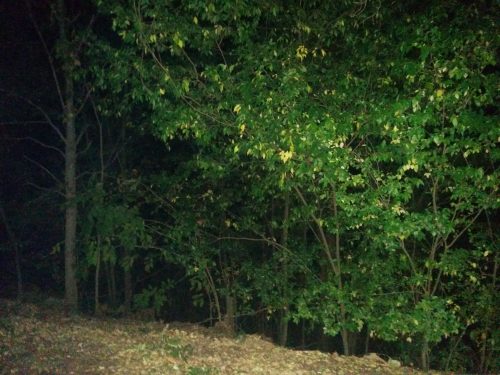 There’s just something about the woods behind the apartment complex that’s just plain ‘ole creepy. Maybe its because of how my mind works with the writing, I’m always thinking of various scenarios that are playing out in the densely packed area behind my back porch. For instance, the first few weeks after we moved out here a couple of years ago, I remember my wife pointing out a set of sounds coming from the area behind our place.

I’m used to hearing dogs, cats, birds, maybe a raccoon or two. The normal animal sounds you’d associate with a forest that was adjacent to an apartment complex.

What we heard that night was just plain strange. I remember standing on the porch and listening to something that sounded like a cacophony of guttural, low moaning animal sounds. Or as my wife would put it “pure scariness”. 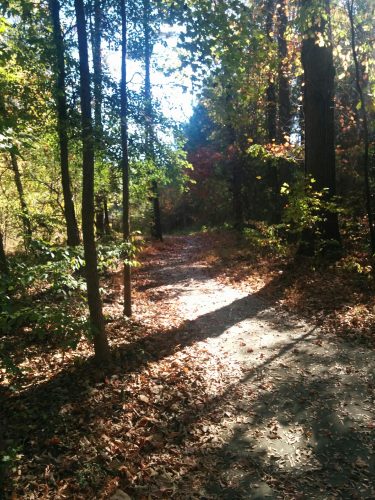 Usually with most animal sounds that you might hear at the same time, you can discern one from the other. An owl sounds like an owl. A dog sounds like a dog. A raccoon sounds like a raccoon.

What I remember hearing that night, and  subsequent nights afterwards, was nothing I’d ever heard before or since. With my writers mind being as crazy as it is, I began to think that maybe a hellish portal had opened behind my house to release some other worldly creatures into our neck of the woods.

Damn you Stranger Things for getting that idea on screen first. 🙂

All I know is that when I’m walking my dog at night, we don’t head towards to the treeline where the woods meet the apartments. Outside of the concern that my pet will run after some random rodent that might pop out of the woods, I’m not chancing being snatched up by any of these creepy sounding creatures.

Now maybe what we’re hearing is just a regular ‘ole run of the mill forest dweller. I just know that I sure as heck am not going to try and confirm or deny that, by taking a field trip to the woods. 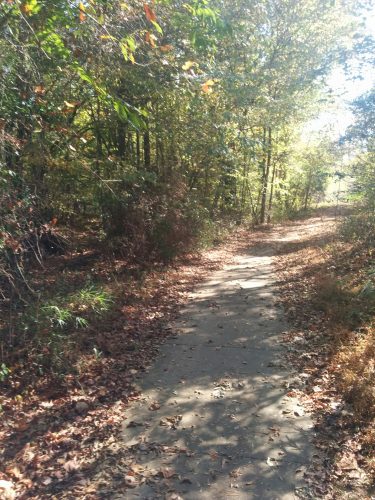 Lastly, my apartment complex has done a piss poor job of keeping up the trail that runs through this area. Trash is strewn about, bridges have fallen into disrepair, small ponds are completely dry, leaves cover the path, and it just looks creepily abandoned by society.

I’m a geek when it comes to learning about abandoned areas like The Maunsell Sea Forts of England, Pripyat in Ukraine, or Hashima Island of Japan. Though I think the area where I live is far from getting to the “ghost town” status of these notable landmarks, I feel that the jogging/ walking path behind the complex is slowly but surely getting there. 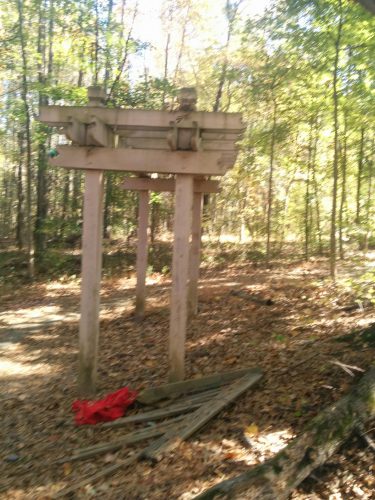 I’ve walked this path a few times (during day time of course) and each time I find myself with a general sense of unease. Not full on fright, or panic, but more so “yeah, I probably need to get the heck out of here soon”.

Maybe if our complex hadn’t seemingly just wrote off the area, and tried to keep it up, I’d feel differently. Until then, I’ll stay away from the abandoned looking path that winds behind our apartment.

Check out some pics from the above mentioned area, and enjoy.

Have a safe and Happy Halloween folks. 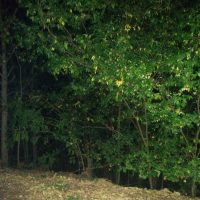 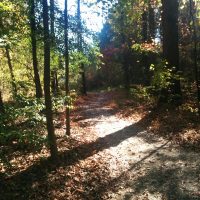 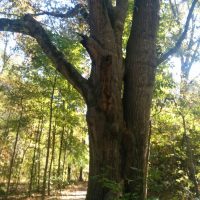 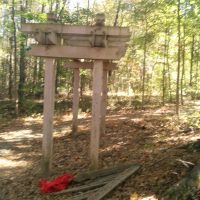 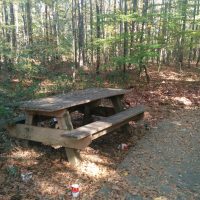 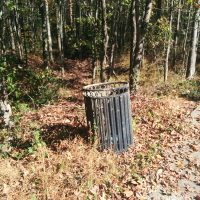 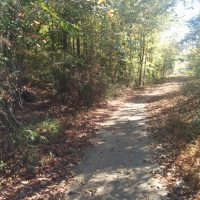 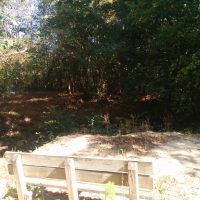 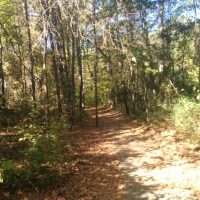 Robert Jeffrey II is an award winning journalist whose work has appeared in such publications as UVC Magazine, JaDore Magazine, BlackSci-Fi.com, and The Atlanta Voice Newspaper. He is currently the Editor In Chief for BlackSci-Fi.com. He is a regular contributor for the Tessera Guild, and his comic book work includes client work for the Centers for Disease Control, and Nitto Tires. His comic book writing includes work on such award winning/ nominated series as his creator owned series Route 3, Radio Free Amerika, Terminus Team-Up, and Soul of Suw. He’s yet to fulfill his dream of pop-locking to save a community center. Head to his website at www.robertkjeffrey.com, and you can follow him on Twitter @SYNCHRKJ, Tumblr @robdawriter , and Instagram @robertk.jeffrey.
View all posts by Robert Jeffrey II →
Tagged  halloween, Path, The Forest, the woods.
Bookmark the permalink.