Many moons ago, I covered the Kickstarter for the Blackwind Project (now Blackwind), an RPG they describe thusly:

“Whether you are planning an action-packed adventure, a journey to exotic lands or a sordid tale of murder and intrigue, the Blackwind System will support you through every step of the process.”

When the core rulebook came out, Elisa Mignemi, one of the authors, gave me a copy. I was talking with my RPG buddy, Wolf, about doing a one-shot session with our group and I sent him the Blackwind Core Rulebook to see if it would work. In response, Wolf wrote a review that I’m sharing here with his permission. 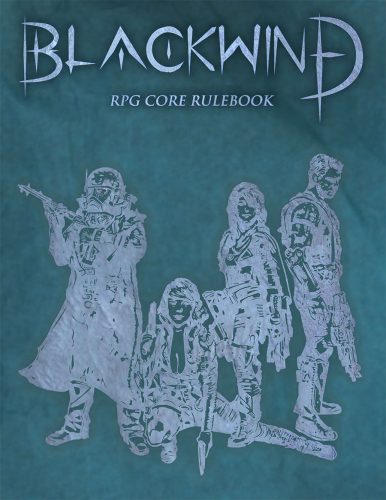 Insofar as using this as a one-shot is concerned, its very foundation rules that out. The first session would be the group sitting around and creating the campaign by committee. Following the book’s rules, going into the first session we do not know who the Director will be, what campaign we’ll be playing, or even what genre we’ll be playing. Step one, once everyone has seated themselves at the gaming table, is to select a Secretary. The Secretary is not the Director (although the Secretary might end up being the Director). The Secretary is the person who will be organizing the creation of the campaign’s foundations. The Director is not selected until the end of the campaign foundations creation session. After selecting a Secretary (if no one volunteers to do this job, dice are tossed and the winner gets the honors) the group must then decide upon a Genre (and possibly Sub-Genre, though the group must also decide if that is something they want to have or not have), a Context, a Group, a Theme, Enemies, the Type of Plot, an Antagonist, and a Structure Type. Note that each and every one of these campaign aspects must be unanimously accepted by the group before proceeding to the next aspect; any hold-outs must be bribed or beaten into acquiescence (or else excommunicated from the group, which is given as a viable option in the book).

Only after all of this has been set in stone (the first rule of Blackwind is that choices, once made and finalized, are irrevocable–unless the group unanimously agrees that changing something would improve the dramatic narrative) does the subject of who the Director will be get broached. Again, if no one volunteers, a die roll will forcibly volunteer someone. With that settled, the Director can get on with the business of having the group tell him what they want him to Direct them toward, and at what speed, and in what fashion.

The Director gets to decide, at this point, what the overall Mission should be (and also possibly whether there is a Fake Mission) as well as the Thesis for the campaign (because what it a good role playing campaign without a solid morality lesson or social message baked into it, right?). Then he gets to “choose” between High- and Low-Concept Adventure plots (but not really choose, because the group actually chose that before by whether they selected a Genre or a Context first back while the Secretary was still organizing things) before going on to structure said Concept into a series of Sections, Episodes and Steps using a series of simple mathematical formulae: where N is the number of players, the SETUP (including a possible sub-climax, with or without a BOARD) should contain N Steps of which the ASCENT should contain N +/- [N / 3] Steps, the MIDDLE (including the main climax or a sub-climax, with or without a BOARD) should contain 0 to [N / 2] Steps, the FALL should contain N +/- [N / 3] Steps, and the RESOLUTION (including the main climax, if not used during the MIDDLE, or a secondary-climax, with or without a BOARD) should contain [N / 2] Steps plus any Steps saved from preceding sections. Then there can also be an AFTERMATH of 1 to N Steps. 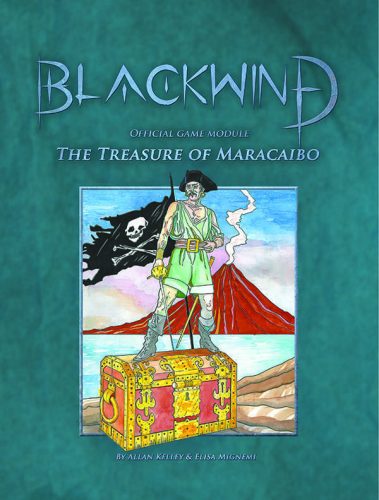 Once all of that in place, the Director submits his campaign Concept to the group for voting (the Director can receive up to 30 points from the players if they feel he’s created an “exceptionally well-developed” Concept!).

And that would be the first session. I think you get the picture as to why this will never be suitable for use as a pick-up-and-play one-shot generator.

Oh, and maybe you’ve noticed something missing from the above activities? Right. Character creation. Or, in the Blackwind lexicon “Casting.”

As you can tell from the terminology within, Blackwind is someone’s attempt to gamify an improv acting class. There’s even a whole section about the use of props and costumes (and the bonus points players receive for the use of them) “similar to film prop or theatrical property.”

But what about using it for an ongoing campaign? Well, it might work for certain types of groups.

First, because the game is essentially run by committee and the Director lacks authority in most matters (and the fact that the Director doesn’t effectively even exist for the first session), it becomes incumbent upon each and every member of the group to be thoroughly familiar with the book and systems laid out therein.

Second, and related, Blackwind relies upon proactive group participation in every step of the game as well as between-session preparation. While a small amount of points are awarded for what characters achieve in-game, as many or more points are awarded for what the players do out-of-game in order to enrich the experience. And while it is possible to gain a handful of points for creating maps or introducing physical props for the group’s use, Blackwind wants to encourage players to really go that extra mile. It assumes, for example, a group member composing, scoring, performing, recording, editing and arranging a complete OST for the adventure, for which said player would receive 3 points per track plus 4 points for having created an album from scratch (or possibly just a straight 7 points per track; the rules are a bit fuzzy for that). 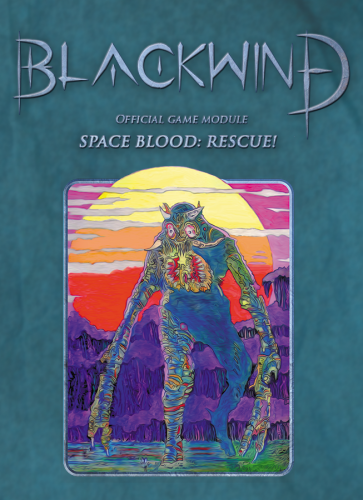 Incidentally, have you noticed we haven’t yet touch upon game mechanics? Depending upon the Role to which you are Cast, your character is assigned a die. Checks of any sort are made by rolling and attempting to get a low number (ideally below 6 for most things). If you are the Main Protagonist (Spades career) than you roll a d6 for anything related to your Role, thus nearly guaranteeing success. Less important party members get to roll a d8, d10, or d12, giving them less and less certainty of success. Anybody rolling for checks unrelated to their Role rolls a d20.

If you succeed thrice in a row on any particular check, even across sessions, your character suddenly reveals they have that skill, and the character’s player must then retcon that skill into the character’s backstory in some fashion. You can have a maximum of eight skills at any time, though, so if you gain a new one you must also (if you have achieved that cap number) lose an old one.

During play, each character gets three “actions” per round, but only one of those actions may require a die roll or have any mechanical weight. So, for example, a character may walk, show a facial expression, and hum; or sit, beckon a waiter, and make an order; or wake up, run a hand on their face, and mutter something.

And the book points out that “[o]bject and environment descriptions are not counted within the three-action rule, as long as they do not lengthen the dialogue excessively.” Thus “He raises the sword to the sky, screaming, ‘Victory!'” is counted the same as “He raises his sword: it is an old, blood-drenched blade, with two golden dragons damasked over the hilt and a handle wrapped in worn red leather. He raises it to the sky, screaming, ‘Victory!’ while the wind ruffles his blonde hair and sends his red cloak fluttering in the wind.” are counted the same (though the latter might gain the player a bonus point for role playing). A direct example from the book.

So, if we pull out the pages dealing with character creation and in-session game mechanics we end up with about 20 pages (including several full-page artworks and a number of other pages that are largely or mostly art with some text). The remaining 140 pages (excluding covers and TOC) are dedicated to the rules surrounding the creation of the campaign. 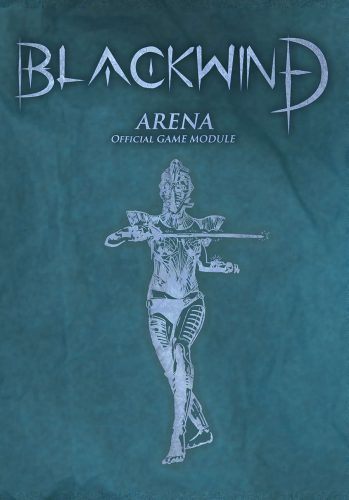 Who is this book written for?

They assume their audience has an interest in stage or film production and desire to know all the intricacies that go into the pre-production of shows and/or movies. Further, they assume their audience wants fairness and equality in all things, with an absolute flat power structure, and a guarantee of equitable outcome. Their audience wants rules that prevent anyone from telling them what they can do, but also rules to let them have a say in what everyone else can do. So… This book was written for actors both professional and amateur as well as gamers more interested in proactively shaping organic narratives than in responding to mechanically-imposed challenges.