You Haven’t Seen It? – The Big Lebowski 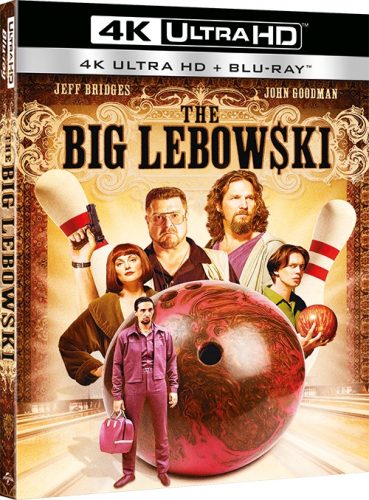 However, I’m in a similar boat as she is on this one. Even if it is one of those movies that all my friends seem to know. But, I must confess, the real reason this is going to be watched is because it is Veronica Mars’s favorite movie.

So what do we know about this movie?

I really don’t know anything.

Yeah… I think he’s a slacker or something. And then shenanigans occur?

I just hope this isn’t a Napoleon Dynamite situation…

1/2 way through the movie

Courtney was falling asleep – not due to the movie, that she was enjoying, but just too long a day. Which means we’ll be picking this up next weekend! 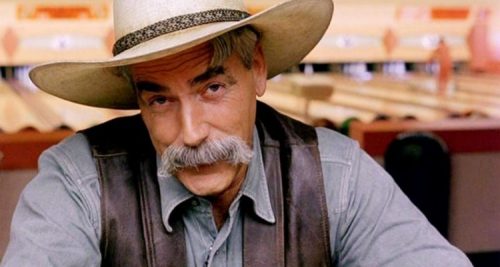 After not getting back around to watching the movie the following weekend, we picked it up again. Courtney requested that we rewind a little bit, so we ended up backing up to the point that Sam Elliot makes his first appearance. At which point we have the following conversation:

John – I don’t think Sam Elliot has aged. Like he was this old since he started acting right?

Courtney – It’s the mustache. If he didn’t have that cowboy mustache, I wonder how his career might have gone.

John – Does he have a mustache in Road House?

Note – after we finished this, I noticed that either HBO or Amazon Prime has Roadhouse for free. So we fast-forwarded until Sam makes his appearance. He does not have that trademarked mustache but instead has a kind of scruffy not quite a full face of hair, but not just a couple of days stubble.

Back to the movie.

Which we actually finish in this session. 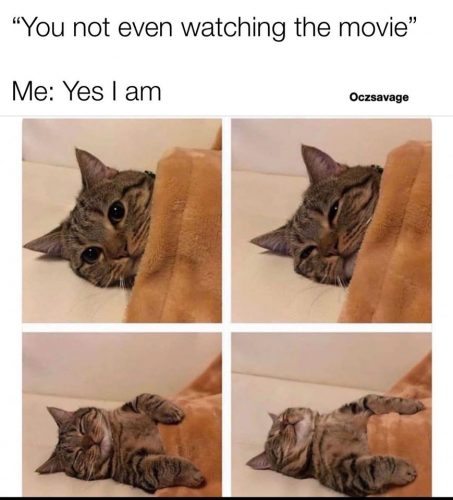 My wife during pretty much any movie once the sun has gone down.

I think it was a big no-no to break the movie up onto not only different days but different weeks. Which, anyone watching just about any movie would agree with, but sometimes the ole wifey gets sleepy and I know that when the eyes start closing it is well past a losing battle. When we restarted, I had to give Courtney a quick catch-up on where we were. Plus, given the nature of the movie which is a quintuple cross (I think, there is a lot of BS being spit during various portions of the movie).

We also had a minor discussion about the fact that White Russians and Caucasians were the same drink (remember, we don’t drink, so we know literally nothing about alcohol).

Personally, I liked the movie. It is so random and weird but had a ton of funny moments. However, I would say that the two (I believe there were only two, though you might make the case that the whole movie was one big drug-induced dream) hallucination scenes didn’t do anything for me. They didn’t last very long, but I honestly felt like they could have been skipped and the movie would have been better for it.

I don’t know what to say. I think the big thing is that it couldn’t hold my attention in the second half of the movie.

Well, you were kind of nodding off.

Exactly. I liked what I saw, but it was… hmm… it just didn’t hold my attention that well.

I am a little shocked this has become such a cult classic.

So this is where you and your girl have your first disagreement.

Veronica Mars and I are fine, but I think it might be Rob Thomas’s favorite movie more than hers. Veronica and I are just fine. 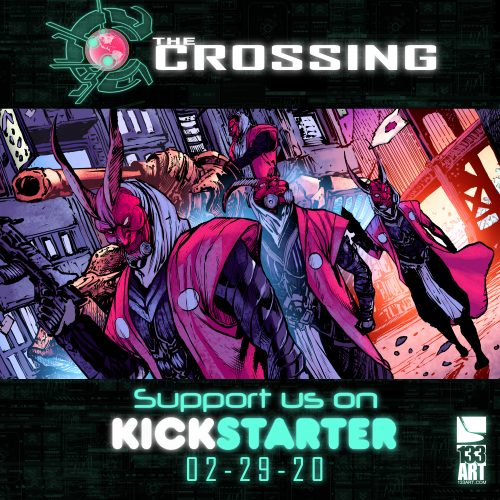 I have a Kickstarter beginning on Saturday, February 29, 2020 for The Crossing Issue #1. It is a story about multiple parallel earths, and about how far a father will go.

Writer of comics and novels. In 2006 his first short story "The God That Failed" was published by Terminus Media in their debut comic Evolution Book 1. Since that time he has had stories published in Terminus Media's Evolution Book 2 and Evolution Special, Kenzer and Company's The Knights of the Dinner Table, and Four J Publishing's The Burner #3. Currently he is eagerly awaiting the digital publishing of his first creator-owned comic The Gilded Age #1 to be published online as well as his first novel The Dark That Follows later this year.
View all posts by John McGuire →
Tagged  Courtney McGuire, John McGuire, The Big Lebowski, You Haven't Seen It?.
Bookmark the permalink.