You Haven’t Seen It? – The Godfather 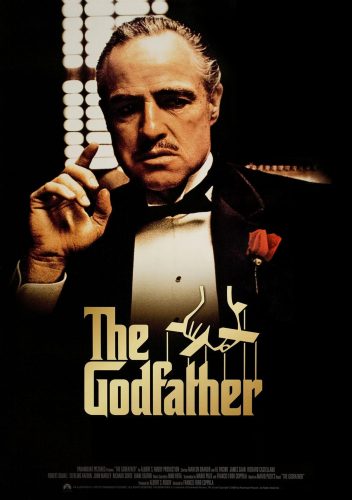 There comes a time in a man’s life where he must step up and stop living the lie. He needs to know that people view him a certain way, and he needs to be comfortable with that. Or he needs to do something about it.

It’s long past time for me to watch The Godfather, one of those classic movies where until you see it, you can’t get the stamp on your Man Card.

We didn’t really do a pre-movie portion. It was more that we had time on a Friday to watch this three-hour movie without too much threat that Courtney would fall asleep due to it being too late in the evening (not that it still couldn’t happen, but just that it WOULD happen if we tried to start watching as the sun went down).

For my part, I knew it was a mob movie of some sort, but expected it to be less Goodfellas and more of a slower-paced movie.

I want to say that Courtney did nod off in the wedding scene for a half a minute. No matter how much I tell her to sit up, she just doesn’t listen to me. After a verbal scolding that included the remark of “Well, this is going to be another movie we finish two weeks from now and not have a clue what it is that’s going on!” (see our Have You See It? – The Big Lebowski edition).

One other thought I had about 30 minutes left in the movie was that I wasn’t 100% where we were going to end up. I assumed it was with Michael winning, but I didn’t entirely know who things were going to go down. 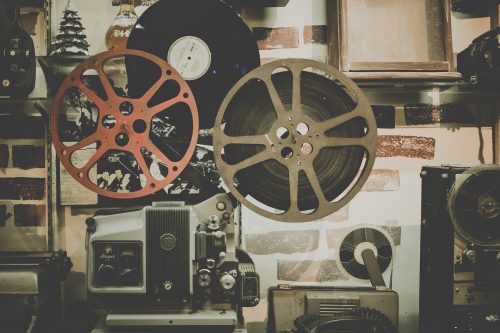 Image by Free-Photos from Pixabay

Both of us liked the movie, which isn’t overly surprising. Things don’t get called classics for no reason (most of the time, at least).

Courtney – I was surprised at how many of the BIG MOMENTS were so early in the movie.

John – Yeah, like I didn’t know the whole “You come to me on this, the day of my daughter’s wedding” bit was in the first 5 minutes.

Courtney – Or the horse’s head in the bed was really quick, too. I just figured those were things we’d get more toward the end.

John – I tell you what though, this is a movie unconcerned about its run time. They lingered on scenes for a few extra seconds. The horse in the bed had like 3 or 4 establishing shots of the house before we even get inside.

Courtney – There were a couple of odd scenes that didn’t make much sense. Like where the girlfriend shows up at the house while Michael is in Italy. It’s like 2 minutes and there is very little point to it and then we are onto something else.

John – I wasn’t sure if the next scene was a few minutes later or a few days later. I also can’t quite figure out the Michael in Italy scene. I liked it, but I was actually expecting him to disappear from the middle part of the movie and then get called back. But I’m not sure if you couldn’t have just cut that whole section out and still had a great film. They never reference it again. He doesn’t say anything to anyone about his now-dead wife. It’s as if that whole time doesn’t matter anyway.

Courtney – Sometimes it was a little hard to understand Brando.

John – Yeah, I thought we might need to turn on the close captions for him. He is phenomenal in the role, but you definitely need to really focus on what he’s saying.

It was a trip to see Pacino so young in the movie. I’m used to him from his Devil’s Advocate and Any Given Sunday time frame.

Godfather is one of those, I can see why everyone should see it. Without it, the modern mob movies don’t exist. But, I don’t know that it will be a rewatch movie for me where something like Goodfellas can be seen over and over.

Writer of comics and novels. In 2006 his first short story "The God That Failed" was published by Terminus Media in their debut comic Evolution Book 1. Since that time he has had stories published in Terminus Media's Evolution Book 2 and Evolution Special, Kenzer and Company's The Knights of the Dinner Table, and Four J Publishing's The Burner #3. Currently he is eagerly awaiting the digital publishing of his first creator-owned comic The Gilded Age #1 to be published online as well as his first novel The Dark That Follows later this year.
View all posts by John McGuire →
Tagged  Courtney McGuire, John McGuire, The Godfather, You Haven't Seen It?.
Bookmark the permalink.