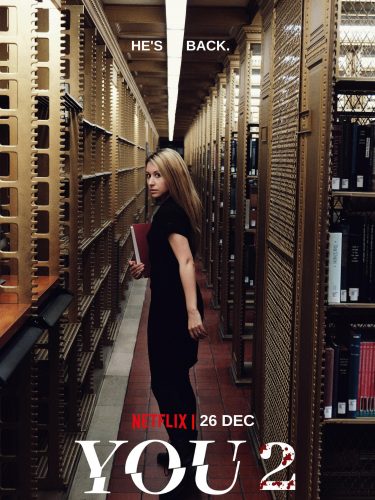 I did a review about season 1 here.

When I was watching Season 1 of YOU, there was always this little voice in the back of my head that said: “yes, I get that this guy is the bad guy, but I’m still pulling for him.” Or at least, I was kinda hoping he’d end up with the “Girl” and they’d live happily ever after like some kind of modern fairy tale that starts off with a guy stalking the object of his obsession.

But deep down I understood that Joe couldn’t do that. He wasn’t the hero of the story. He was the villain of the piece.

This season is a different story, but with very familiar beats. The guy is new to town. Guy meets girl. They get together. The guy is a bit obsessed with girl. People die.

Yet, I had my eyes completely open with this. I knew who Joe was the whole time. I knew the warning signs of the path he was heading down. I understood that no matter how much he may want love to lead him on the right path, he doesn’t know how to really be in love.

And I was pulling for him the entire time.

He wants to be worthy of Love (both the actual idea of it and the woman of his obsession: LOVE).

However, that means he has to go down a different path than any he’d done before. He needs to understand what it is he is doing and then really think it through. No more acting on pure instinct. He must be thoughtful or he won’t get what he truly desires in the end. 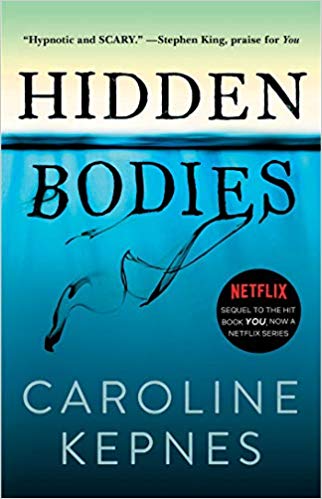 The big difference in the two seasons is really that we aren’t entirely sure what kind of show we’re watching for much of the first season. Is it a love story? Is it a weird episode of Dexter? Is it about two people who are so damaged that they just might deserve each other? The second season asks us to forget what we know about the show and ask us what does our “hero” really wants? Now we see the pitfalls coming and can shout at the screen for him to make a different decision. When he does, we can see that this version of Joe is trying to make a change in the type of human being he really is. Where last year Beck’s friends were basically big pains in his ass, this season Love’s friends are people he genuinely likes. He sees how they are good for Love and she for them. That it is never a case of her putting them first because that’s what he loves about Love.

Even her brother, this constant thorn in his side. As the season progresses, I think Joe legitimately comes to like him and it isn’t for show. He sees the bond between the siblings and knows that he couldn’t break that apart and deep down, he wants to be a part of a family.

All of this makes for an interesting way to view a season that wants to remind you of the beats in season one, but then still do something different in this season. This season is more about families and how everyone is a little damaged and maybe that’s ok. Maybe family is who you choose more than your flesh and blood, but at the end of the day, you are willing to do whatever it takes for the people you love.

Writer of comics and novels. In 2006 his first short story "The God That Failed" was published by Terminus Media in their debut comic Evolution Book 1. Since that time he has had stories published in Terminus Media's Evolution Book 2 and Evolution Special, Kenzer and Company's The Knights of the Dinner Table, and Four J Publishing's The Burner #3. Currently he is eagerly awaiting the digital publishing of his first creator-owned comic The Gilded Age #1 to be published online as well as his first novel The Dark That Follows later this year.
View all posts by John McGuire →
Tagged  John McGuire, Netflix, tv shows, YOU.
Bookmark the permalink.