Promise yourself you won’t get offended.

Accept the smallness of everyone and everything. 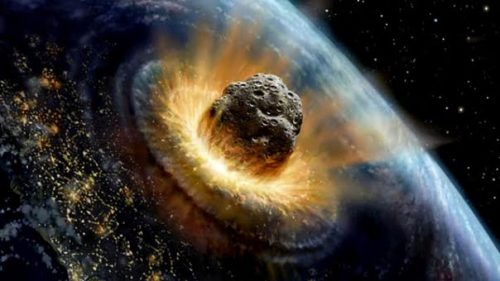 All the stars, galaxies, and interstellar dust in the universe probably don’t care about politics.

Or which party you voted for.

Or why you voted for them.

Actually, the universe probably doesn’t care even if you didn’t vote at all.

The infinite cosmos likely doesn’t mind whether people are fat or thin, introverted or extroverted, hot or not.

…though it might just care a tiny bit about its occupants being smart or stupid. Maybe.

The immense void in which we live doesn’t care what sports team we like, which TV shows we watch, or what brand clothing we buy.

…but it’s possible judgmental people are more likely to get hit by meteors. (May or may not be a factual statement.)

If the universe is careless enough to let millions of humans starve, suffer awful diseases, and endure being torn apart by war, it definitely doesn’t care about celebrities, fashion, or the complaints of wealthy people.

The galaxy isn’t much affected by humans making fun of the leaders and politicians they don’t like – it knows those same people probably aren’t doing anything about it.

The interstellar abyss doesn’t care who you sleep with.

Unless that person didn’t consent.

In which case the universe will probably f**k you over during your next life. 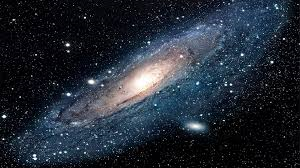 If the universe is cruel enough to guarantee Earth’s sun will die and utterly annihilate everyone within a few billion years, it definitely won’t mind if you have another glass of wine tonight.

…as long as you take a walk outside to admire the stars afterward.

While it’s true several epic-level disasters in Earth’s history extinguished nearly all life on the planet, it doesn’t mean mass extinctions need humanity’s help. (That species you just trampled to death might’ve been the one to survive the next disaster.)

If it takes light millions and millions of years to cross the Milky Way, there’s no way our galaxy gives a rip about the five extra seconds you waited in traffic today.

…though it’s possible the person in front of you will get cancer for making you miss a light while they were checking Facebook on their phone.

But the cosmos is especially disinterested in Snapchat. Actually, whenever a human uses a Snapchat filter to add dog ears to themselves, the universe might just nudge all of us closer to death.

Nothing in the void cares about whether or not we believe in science. It knows the laws of physics better than we do, and it’s fully aware we prefer using science to make weapons and iPhones more than food and shelter.

It’s possible the universe doesn’t care one bit about all of humanity. But it definitely won’t care if we destroy ourselves before we even escape our lonely little solar system.

All the galaxies combined aren’t particularly interested in what skin color humans are. They know we all die the same in the cold dark vacuum of space. 🙂

The great cosmos is unlikely to be concerned with whichever god or goddess people worship. However, it’s probably amused at humanity’s hubris in assuming we know anything about how we came to exist.

Realistically, the universe won’t much mind if you:

Or abuse your fellow humans.

But nor will it care when those same humans turn the tables and abuse you, steal from you, and stamp you out.

In its infinite wisdom, the universe saw fit to teach humanity about fire, agriculture, and beer.

…but it stopped paying attention after it saw people burning themselves with fireworks while drunk and eating corndogs.

The multiverse and every dimension between don’t care about your comfort, your lifestyle, or your money. Those things all burn the same in the fires of a star.

The cosmos is only mildly bothered that ships in the Star Wars movies still make sounds in the airless void of space. Actually, it stopped being offended right about the time it saw Jar Jar Binks.

The universe doesn’t care about how sexy people think they look when they take selfies. It knows it’s prettier. 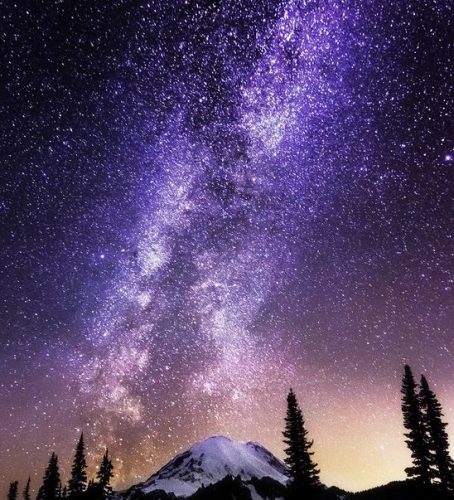 Honestly, the great dark cosmos doesn’t mind anything any one particular person does. It knows humans only live to be 0.000000000001% as old as stars.

Nothing in the universe cares what we call ourselves: kings, queens, poets, popes, warriors, saints, presidents, or fuhrers. The universe is patient enough to know titles and positions are just make-believe things.

Although the universe probably knows a good scientist when it sees one.

If the Milky Way and its other galactic buddies were to admit twenty things they liked about Earth, none of them would be you.

Since we’re all made of the leftovers of stars dying, we’re all pretty much stepchildren (since our sun isn’t the one who made us.) Which means the universe would probably feel bad for us. If it cared.

None of the vast powers in all of creation care how many marathons you’ve run, how much you can bench press, or how smart you think your dog is. It knows all your bumper stickers fade and crack in the sunlight.

If the universe overheard you talking at the water cooler about how well the local sports team played last night, it would probably interrupt you to say, “But did you see that supernova last night?! Pretty cool, huh?”

The only human device to make it completely out of our solar system is the Voyager I spacecraft, which happens to contain music, film, and culture all from an era older than most people on Earth. Meaning, even if something outside our solar system one day discovers Voyager, it’ll think we all like jazz music and don’t know about cool things like modern civil rights and Netflix.

Or, in an even worse scenario, since the first radio wave images sent from Earth originated from Nazi Germany, any aliens out there catching our signal will likely be horrified by us.

And the universe will just shrug.

Because it knows us better than we know ourselves.

I was inspired to write this when I finished this.

Which in turn inspired this.

Remember…don’t take things so seriously. If you’re reading this, you’ve probably got it pretty good.