Vanity Press: What Kickstarter RPG Rewards Are Available? – The Gods Have Spoken

When Jim Shooter took over as editor-in-chief at Marvel Comics, he instituted several writing directives that can be summed up as reintroduce your concept every issue because that issue is someone’s first. I try to live that with this blog series. Every blog entry for my RPG resume building experiment has a re-introduction that covers:

As the experiment goes, it’s a matter of time (needing more time to write and waiting for the time when the dots of this experiment connect) and seeing what the gods say…

To that end, let’s review the RPG vanity rewards of the Kickstarter for The Gods Have Spoken. 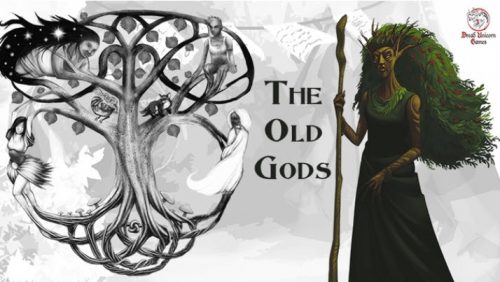 The Gods Have Spoken – Art by Justin Wyatt

The Gods Have Spoken offers a fresh take on the gods, not just a rehash of the Greco-Roman pantheons, but new pantheons influenced by history and religions from around the world.

The followers of the Old Gods were long ago forced out of their lands and into the wild places . Today druids and elves keep the faith alive, while cults of the Old Gods seep back into the teaming cities where once they were banished. The world tree and nature are central to the pantheon.

The followers of the pyramid-building Thirsty Gods came across the sea and pushed out the faith of the Old Gods. A warlike people, they too have fallen to more recent invaders. Still the pantheons continues to be followed in many places, including the halls of the dwarves.

The Bright Gods are worshiped by the newest conquerors of the worlds of men. Their sacred number is three, and the gods of their pantheon are divided into three groups of three. Bits of the older pantheons have been incorporated into the current beliefs and rituals of the Bright Gods.

Add these gods to your world, or take bits and pieces that work best for your campaign.” 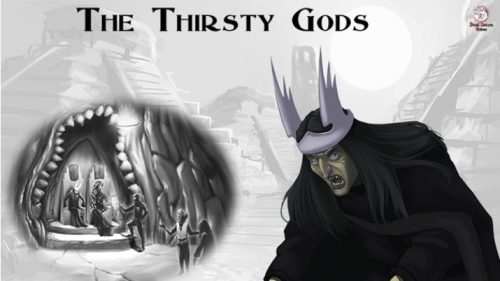 The Gods Have Spoken Art by Justin Wyatt

As they stated, these are new options for Dungeons and Dragons gods so there’s a chance to create something integral to the religion. Or a fanatic.

Cathedral of the Holy Convergence by Sparrow Buerer

Name and describe a magic item of your very own. Use your character’s name if you want to! Binky’s Staff of Clerical Cat Herding?

We’ll turn your creation into a balanced magic item for 5th Edition Dungeons and Dragons.

Name and describe a saint (or other holy person) for one of the pantheons (or even a saint-without-portfolio) and we’ll add it to The Gods Have Spoken. Name it for your favorite character, pet, and so on.

Name and describe a magic item of your own, (as in the Relic Maker backer level). 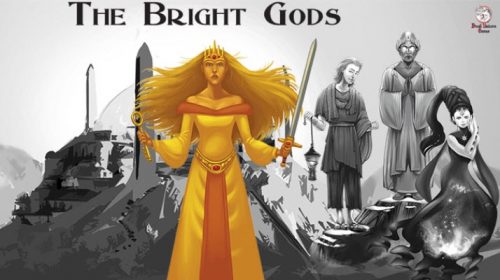 Rarely do you get to build a part of a religion unless you’re the DM. With this, you can think of a cleric, paladin, or druid that will be a featured NPC with their own relic to strengthen their position in the religion.

Creating a magic item or an NPC needs to service a setting more than anything. With this pledge, your NPC saint could be someone or something (it’s D&D, why not Saint Beholder?!) that completed a task so important for their goddess/god that they become a linchpin for the religion. This option allows for a cool, directed NPC that advances the religion in whatever campaign it’s added to.

Best of all, “Patron Saint of NPCs” looks good on a resume.