A Few Hidden Movie Gems for The Week of Halloween

Getting right to the meat… 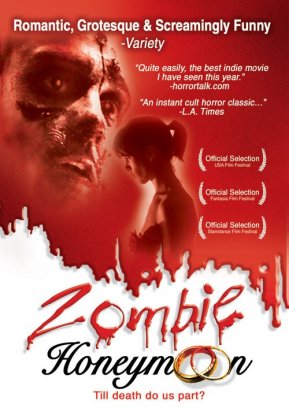 I’m not saying it doesn’t have some eye-rolling moments. It may very well not live up to this on rewatch.

We all know that zombie movies are never only about the zombies as much as they are a device to tell a story about people and the world they inhabit. And this movie is no Apocalyptic Wasteland, but more or less a normal life with one small twist:

The husband is slowly turning into a zombie.

So the movie asks you one question: if you truly loved someone, how far would you go for them? And not in an action movie “gotta save my wife/daughter/husband/son” sort of way. This is your husband turning into a creature who kills people. Do you cover it up? He still can have conversations with you. He’s still seems to be the man you fell in love with… only he now eats people.

Do you kill for him?

When is love not enough? 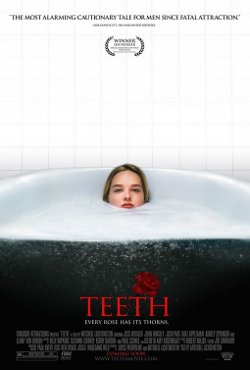 I’m going to get crap about even mentioning this movie. I brought this one to a Halloween movie night and it did not go over well with everyone. Doesn’t mean it isn’t worth watching once.

In a ton of ways It Follows delivers on Teeth’s original promise. They both are views on sexuality and how both sexes view the issue differently. They both attempt to capture the old Horror movie standby that SEX = BAD = DEATH.

Except that in Teeth they aren’t saying it is outright bad, only that aggression will be met with aggression. That if you decide to stick your piece somewhere unwanted, well… BAD things are going to occur. Suddenly the woman has the power to defend herself in an unexpected way.

But mostly it is about growing into an adult. How you deal with the changes – both physically and emotionally. 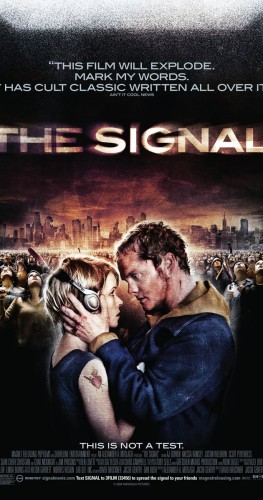 I’m grouping them together because they both deal with the idea of communication gone wrong.  I’m reminded of an Twilight Zone episode from the 80s version of the show. Two reporters come to a town to investigate some strange things going on, but what they find is that someone has figured out the Secret of Life. The only problem is that our minds cannot handle the truth, and so we snap.

I’ve always loved that idea of ideas as a virus.

Pontypool deals with the very idea our words can be the thing to cause us to go mad. A DJ, trapped in his station by a snowstorm getting these various updates of madness. And him slowly beginning to understand what might be causing it. 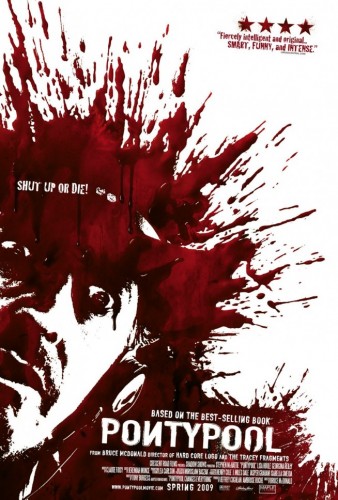 With The Signal you get more of the traditional zombie movie, with a strange signal driving the madness. People turning on one another. Divided into three sections, the movie shows how we need to keep our loved ones safe… and how that ultimately may not even be possible.

George Carlin had a routine where he talked about the idea that given how we mistreat the Earth, perhaps our sexually transmitted diseases are the way the planet fights back. That anything related to sex was a no brainer since we all do it, want to do it, or perhaps are currently doing it. Sex is the ultimate delivery system to spread the madness.

Writer of comics and novels. In 2006 his first short story "The God That Failed" was published by Terminus Media in their debut comic Evolution Book 1. Since that time he has had stories published in Terminus Media's Evolution Book 2 and Evolution Special, Kenzer and Company's The Knights of the Dinner Table, and Four J Publishing's The Burner #3. Currently he is eagerly awaiting the digital publishing of his first creator-owned comic The Gilded Age #1 to be published online as well as his first novel The Dark That Follows later this year.
View all posts by John McGuire →
Tagged  film, Horror, John McGuire, Pontypool, Teeth, The Signal, Zombie Honeymoon.
Bookmark the permalink.