A Half-Assed and Mostly Sarcastic Plea to Congress 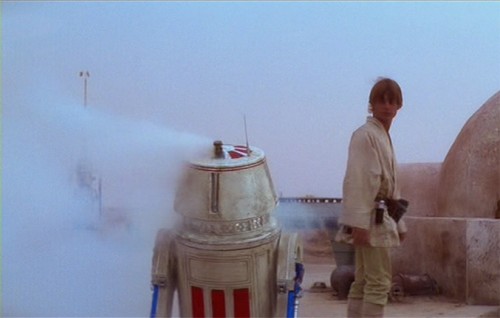 If one more person utters the phrase “SPOILER ALERT”, be it in person or in text or on a podcast (“How Did This Get Made” excluded), be it used earnestly or dripping with irony, I’m going to pop a motivator like a beat-up red astromech droid. (see above) I don’t know where it came from. I don’t know what blogger or TV writer or forum nerd coined it, but I want it to die. I don’t want someone to splatter it on my Facebook page when I make an off-hand comment about something that happened on TV three weeks ago, nor do I want it “hilariously” screamed when someone mentions the end of Old Yeller or something.

The dog gets rabies. The kid who people say looks like me has to shoot him. We all cry. The End. 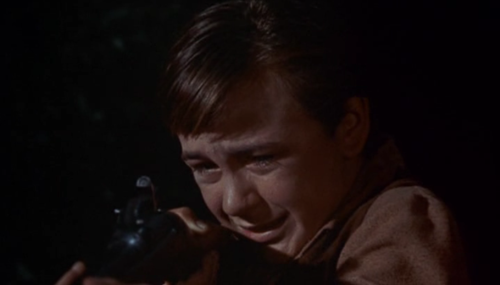 The reason I rail against this phrase and, more accurately, the thought and philosophy behind it, is simple. I love talking about movies and TV and comics and video games and books and stuff. I love waxing poetic, gushing like a fanboy, spitting vitriol, arguing, feeling smug because I know I’m right, acting smug because I know I’m wrong, changing someone’s mind on something, having mine changed, cracking jokes, tearing something down, hurling rampant hyperbole.

After the final moments of “Breaking Bad” aired, I immediately called my brother so we could talk about it for hours. I always want to know who’s seen what, so we can start a discourse about it, even if it’s just a few text messages. If I were a more annoying person (not to say that I’m not already), the only thing I would say to anybody right now is “Have you seen Her yet?”. To my mom, the mailman, the guy asking me for change outside of Walgreens. “Have you seen Her yet?”. If I bumped into President Obama on the street: “Have you seen Her yet?”.

Because I loved that movie so much and want to talk about it.

We used to call this Water Cooler Entertainment. The stuff you saw the night or weekend before that you couldn’t wait to stand around with the people you worked with and yak about. Whether it was last night’s Johnny Carson or the Falcons game or the “M*A*S*H” finale or whoever got kicked off “American Idol” last night. “Lost” was the perfect water cooler show. Almost every week it delivered something, be it surprising, infuriating, terrifying, stupid, cool, or unnecessarily opaque. But it was meaty. Two or more “Lost” fans could chatter on for hours, spinning themselves in circles trying to figure out what they had just seen and unsuccessfully predicting what they would see next.

And that was the other thing about this type of entertainment: the wait. Especially with TV. What is going to happen next week? What did that cliffhanger mean? Are they ever going to pay off the Walt storyline? (The answer to that one is ‘no’.) “Who shot Mr. Burns?”. I love the wait.

But a nefarious and seductive force has come along and destroyed water cooler entertainment.

It is collectively known as On-Demand.

On-Demand includes DVRs, Netflix, DVDs, the internet, and, yes, your cable company’s ON-Demand service. Anything that allows you to watch what you want, when you want, completely independent of theatrical releases and television scheduling. It is what gave birth to the concept of binge watching; why wait seven days between episodes when I can just spend a whole weekend shoving them down my throat like Joey Chestnut? Never mind that stops it from being TV and turns it into a 10 to 20 hour movie, the practice destroys what makes TV great. It’s a long game. Binge watching makes the bulwark of suspense, the cliffhanger, irrelevant as a storytelling device. And can one really absorb the greatness or badness of a show with no time to digest in between doses?

I love my DVR. I love my Netflix. I have binge-watched many, many times. I am not arguing against On-Demand. I take advantage of it daily. But because of it, we have become a culture of spoiler-phobes. Before, if you missed a show, you missed it. When this happened… 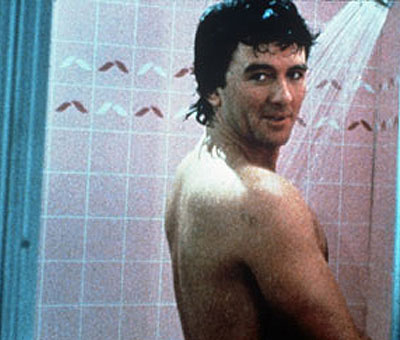 …you either saw it or you didn’t. If you didn’t, you found out about it the next day. That simple. Appointment TV. As soon as something aired, as soon as a movie opened, it became part of the culture. But not anymore. We don’t have to watch things at a certain time, on a certain night, in a certain year. We can watch them whenever. Which is great. Except when it’s not.

I was on a plane once coming home to San Francisco when a passenger requested the pilot not make any announcements about the Giants game because he was DVRing it. I’ve genuinely upset people by referencing the ends of films like Psycho and Glory. One time I let slip something that happened in book four or five of Song of Ice and Fire and made a “Game of Thrones” TV fan look like I had just shot her rabid yellow lab.

What it really comes down to is this: “BUT I HAVEN’T WATCHED IT YET!”

I realize that there are pressing concerns in the world. We need to find a solution in Palestine, do something about climate change, and fix the voting process for the Baseball Hall of Fame, but first I think we need to tackle this:

I am calling on the US Congress, or maybe even the U.N., to decide on an official world-wide spoiler statute of limitations. 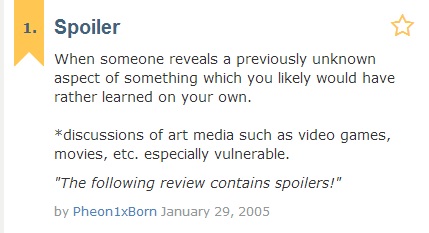 Urban Dictionary? That’s not real. Okay. Here’s what Miriam-Webster has to say. 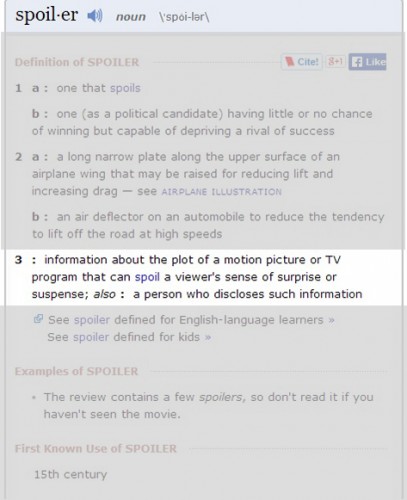 I would like to add a time limit to these definitions. Now, we would all agree the moments depicted below are no longer “spoilers”: 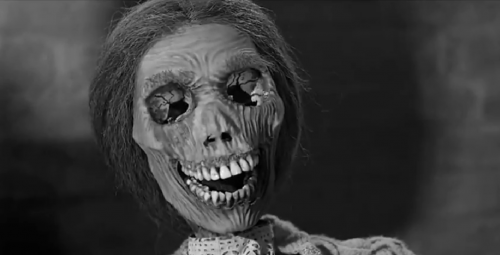 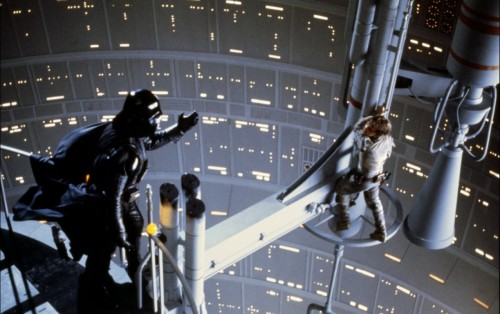 Even if you haven’t seen the works in question, the images and words from them have so become part of our cultural heritage that they are incapable of surprising you. Anyone today even half-aware of movies would never be shocked by the end of Psycho like audiences in 1960 were. And you may never watch that old black and white movie about that everyone says is the greatest film of all time but when pressed you probably know the name of his damn sled. These things are just…known.

But what about things a little later? Am I allowed to Tweet a reference to what’s really going between these two?

Or what happens after this?

Or this big secret? Are we still not supposed to bring it up in mixed company? 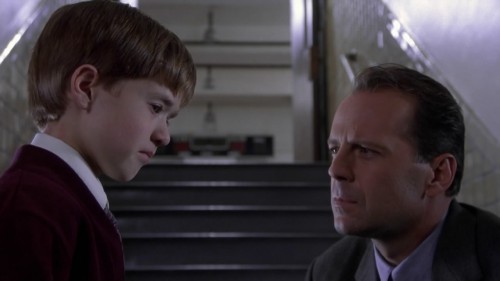 The most recent of those films is 15 years old. But if you haven’t seen it, and I told you the end, it would be a spoiler, would it not? But so many people know it, when does it stop being taboo?

“BUT I HAVEN’T WATCHED IT YET!”

And when it comes to recent stuff, it’s dangerous waters.

At what point can we openly talk about this?

Or how this ended? 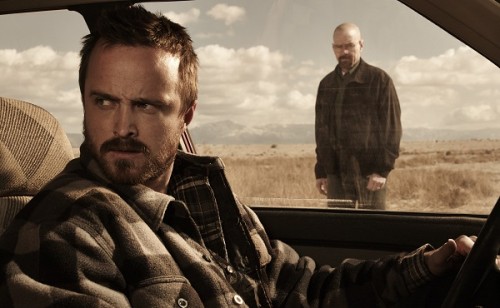 The biggest minefield in TV right now is “The Walking Dead”. Because of the nature of the show, every episode is a possible big episode. Someone can die at any moment, not just on season-finale night. Seems like the only person allowed to talk about “The Walking Dead” after it airs is Chris Hardwick. 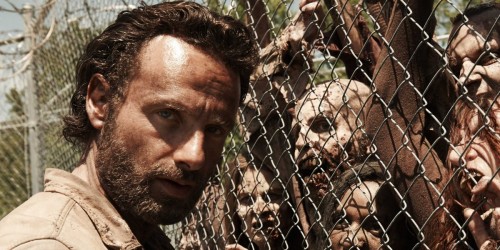 I get it. You DVR a show and don’t get to it the night it airs but still want to enjoy it. Fine. I’m with you. The week after “Breaking Bad” ended, it was only proper manners not to talk about the ending to anyone who wanted to see it who hadn’t yet. But if someone is just starting to watch it now, from the beginning, do you have to dance around them? I know Song of Ice and Fire readers feel a responsibility to not ruin anything for the viewers of the show. Because the show is great and we’re enjoying it, too, and don’t want to be a dick and tell you how it ends (not that it will ever end. Write, George, write!).

But when can we start talking about The R** W****** without first checking in on everyone in earshot? A week after it airs? A month? A year? Or do we have to wait for it to come out on home video, seeing as some people wait on HBO shows and binge-watch them?

All I’m asking for is a reasonable expiration date. Because I love talking/posting/blogging about movies and TV. Because critics have become so fearful of giving away something that they don’t really tell you anything at all about what they’re reviewing. Because I’m so sick and tired of hearing someone yell “SPOILERS!” any time you bring up something they themselves haven’t seen.

I once was waiting in line for a movie. I made a joke about Patrick Swayze dying in Ghost and the person behind me in line went, not joking, “Ugh. Spoilers. I’ve never seen that movie.” Now, never mind that the movie is called “Ghost” and that his death happens quite early in the film. The movie is nearly 25 years old. You don’t get to “spoiler” me on a film older than you. 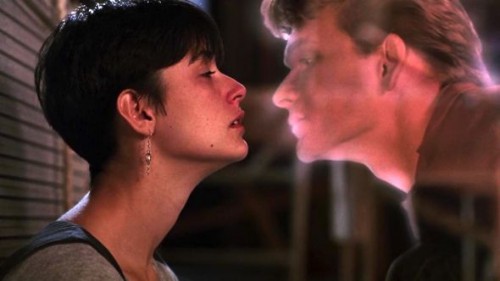 “BUT I HAVEN’T WATCHED IT YET!”

So, I ask Congress and the President to get on this. Do the right thing. End this nightmare. If you create a federally sanctioned definition of “spoiler”, one that has hard-and fast rules as to when that status no longer applies to a work of art, I will abide by it. But until then:

Jack freezes to death. The cripple is Keyser Söze. He was dead the whole time. Rocky loses. Rocky wins. Rocky wins again. And yet again, this time in Russia. The 54th gets slaughtered. Lincoln dies. Malcolm X dies. Gandhi dies. She’s her daughter AND her sister! They named the dog Indiana. Colonel Blake’s chopper was shot down over the Sea of Japan; there were no survivors. The maniacs, they blew it up! Damn them! God damn them all to hell! Finkle is Einhorn. Maggie shot Mr. Burns. Will has to go and see about a girl. Rick puts Ilsa and Victor on the plane and walks away. All she had to do is click her damn heels together three times. And Soylent Green is people.