Behind the Comic – Misusing TIME and Being STUBBORN

Making comics is a tough business. Maybe the big companies have all the little things figure out, but when you are one of the little guys there are a lot of bumps in the road. And I have come to the conclusion that there are three assets that will serve someone who aspires to create comic books (well there are more… a lot more, but these are the three I’m focusing on).

The first is to be realistic about TIME. 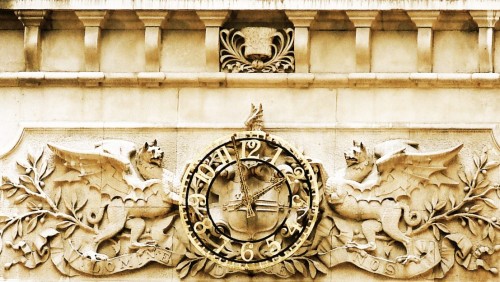 Back in the prehistoric age (about 8 years ago) Terminus Media (an Atlanta based comics company) decided to dip their toes in the comic book world. It made perfect sense, we had artists and writings sitting mere feet from each other on a weekly basis. None of us had any real credits to our comic resume, so it was a win-win situation. Plus we were meeting in a COMIC BOOK STORE for Heaven’s sake. If that wasn’t a sign to get to work, I don’t know what would be. So we got together and made a black and white anthology comic book. It worked so well we ended up doing another one, and then we did a color one, and then we did one more color one.

So what’s the problem? What does this has to do with TIME?

It took almost 7 months for that first anthology to get done. Four stories of 8 pages each took 7 months. This wasn’t 1 writer and 1 artist, this was 4 artists and 4 writers, teamed up. 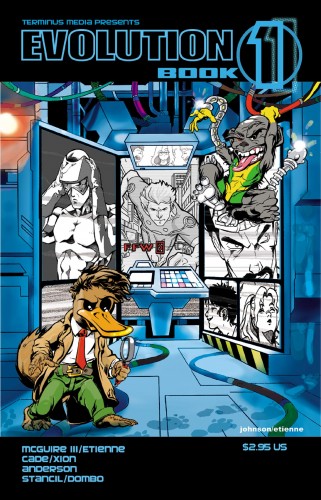 So why did it take so long? Honestly? Because people have lives that they were trying to live. School or work and everything between and when you are doing something for free, deadlines go out the window for many people. But mostly it was because these creators didn’t know how long it was supposed to take. And so they said that they could deliver their script or pages or whatever by X date… and then not do it. It is hard to make something work when you have no idea if someone is going to be true to their word. It sucks to have to hound and probe and needle and stand behind someone with a wooden spoon to whack them on the back of the head yelling “Work faster!” (Why a spoon? Because its dull, it’ll hurt more!).

With the second anthology we had learned all these lessons from the past. We knew what the big mistakes were, we knew that when someone said it would only take X time to do a task we would secretly (mentally) assume 2X to do it. “Oh, it’ll take you 3 weeks to draw those pages?” (writes down 6 weeks). We were going to streamline things… no 7 months for us!

It took 9-10 months to put out the second issue.

Why? Well the TIME thing was a big one. People said 3 weeks and we figured on 6 and it took 12 (if we were lucky). But the other thing we learned was that some people liked the idea of being in comics more than the actual “creating” of comics. They talked a big game, but when push came to shove, nothing ever materialized. And they left some of their co-creators in a huge lurch searching for a replacement.

I’m not talking about whether you get a page rate (though that is nice), but I’m talking about how you treat the people you are creating with. Don’t waste their TIME. If you aren’t serious about the project, if you don’t care about the story or the art or whatever, and are just doing it as a goof… and are always just minutes away from disappearing from the face of the Earth, then don’t bother. All you are doing is pissing people off and showing that you cannot be trusted with deadlines.

It wouldn’t be a problem if I could just chalk it up to the idea that these guys and gals weren’t getting paid, and sometimes life gets in the way, but I’ve seen it time and time again over the last decade. I’ve seen people with talent, REAL TALENT, just not give a damn. These are writers who seem to have no problem talking about a story that is amazing, but never putting fingers to the keyboard to actually write the damn thing (Just Finish It!). These are artists who I would swear should be drawing Spiderman and Batman right now, but just won’t spend the TIME in front of their artist’s tables doing the work.

When you get a team together that cares about the project and act like they are professional, it is a glorious sight to behold. And suddenly TIME doesn’t seem like quite as big a deal.

The other piece of the puzzle, at least as far as I am personally concerned, is being STUBBORN. I’m the guy that can’t give up. When it was taking 7 months to get that first comic out, I fought and emailed and sometimes just showed up to give my support, and eventually the planets aligned and the comic happened.

Of course, being STUBBORN means that as a writer you are going to get to have a lot of scripts on your hard drive that never get off the ground. You’ll have an idea, but no artist. You’ll have an artist and struggle for an idea. You’ll have the artist and the story, but then he/she decides that they cannot do the project. Or they fall off the face of the Earth and you have to start completely over with a new team.

Over and over again until you feel like you could scream.

But I won’t give up on people. Had I given up The Gilded Age wouldn’t exist. Had I given up I wouldn’t have done Tiger Style. I wouldn’t have multiple shorts in a handful of anthologies. I wouldn’t have completed The Dark That Follows. STUBBORN. Too damn stupid to know any better apparently. INSANE, because I keep doing the same thing over and over expecting a different result… and yet, while there are many failures or aborted projects or things that just don’t get off the ground, I’ll continue to agree to doing these things. I’ll continue writing outlines and full scripts and 8-pagers and whatever else someone wants me to do if I think there is a chance it will work out. How could I not? 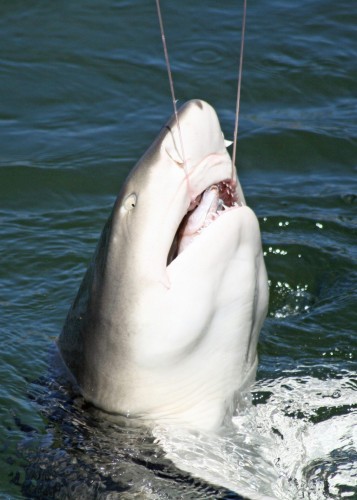 Because I never know when that next thing might be the one that hits. So I put as many lines in the water and wait for that fish to come.

Writer of comics and novels. In 2006 his first short story "The God That Failed" was published by Terminus Media in their debut comic Evolution Book 1. Since that time he has had stories published in Terminus Media's Evolution Book 2 and Evolution Special, Kenzer and Company's The Knights of the Dinner Table, and Four J Publishing's The Burner #3. Currently he is eagerly awaiting the digital publishing of his first creator-owned comic The Gilded Age #1 to be published online as well as his first novel The Dark That Follows later this year.
View all posts by John McGuire →
Tagged  First Impressions, John McGuire, Terminus Media.
Bookmark the permalink.