A Thought for every Thursday – So Many Opinions

Welcome to the latest installment of A Thought for Every Thursday.

But Are We Really?

The old saying goes, “Everyone is entitled to their opinion.”

Let’s explore that a little deeper.

Perhaps they don’t like a certain kind of food.

Or the way a car looks.

Or maybe it’s more serious, and the person really dislikes something going on in our society, sometimes to the point of being enraged by it.

Generally speaking, opinions are emotionally driven. They’re often formed when a person achieves a limited understanding of something and associates a positive or negative emotion in regards to it. Typically, though not always, the person with the opinion (regarding something important, not something frivolous) feels the need to express the opinion.

To anyone willing to listen.

And sometimes to people who aren’t so willing.

Is a person truly entitled to their opinion?

What if it’s ignorant or based on misinformation?

And are people who possess a wide variety of powerful opinions narcissistic?

Or are opinions inalienable no matter what the circumstances might be?

And when someone says, “I respect someone else’s opinion,” regarding something they strongly disagree with, are they really telling the truth? 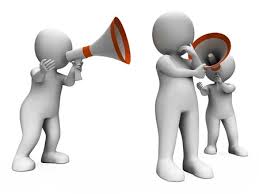