All the things I don’t understand about the world

A while back, I created a giant list of things I didn’t understand about life, society, and humanity. I felt like Jon Snow, in that I realized I knew nothing about the world or anything in it. I almost took pride in my ignorance, except not really.

In my original list, I thought I covered most of the things on Earth that made no sense to me.

The more I dwelled on it, the bigger my sense of ‘WTF?’ became. 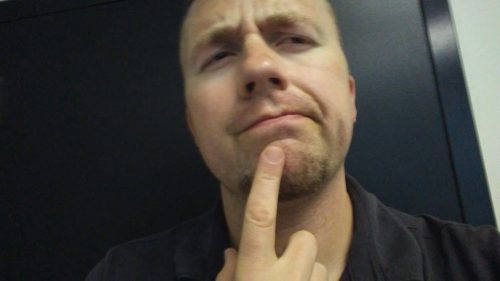 Turns out I know even less than I thought I did.

So here’s another pile of things I don’t think I’ll ever understand:

I don’t understand chasing Pokémon monsters, but nor do I get taking to social media in droves to blast it.

I can’t figure out why bottomless mimosas aren’t actually bottomless.

I’m not sure why anyone would ever eat at McDonalds.

Or why people drink diet soda.

I don’t understand most wars. I mean…I get the government’s financial motivations…but I’ve yet to figure out how murdering huge groups of people changes anything for the better.

Instead of giving workers sick days, why don’t they just give out a handful of additional vacation days? Wouldn’t that negate the need for workers to fake being sick?

I don’t get wanting a big, aggressive dog.

I haven’t yet come to terms with the word ‘gaslighting.’ Can’t we find something better to call it? Like ‘crazinating‘ or simply ‘f__king with.’

I don’t quite grasp craft beer.

Is anything I create ‘craft?’ Even my kid?

I don’t know why one of my dentists hates me.

But the other one pushes her breasts on my face during every visit.

My grasp of the US taxation system is tenuous at best.

Political conventions make no sense to me. Aren’t they populated entirely by people who have already made up their mind whom to vote for?

Also, I can’t understand why anyone would run for political office. I mean…I get it, but I don’t.

I don’t get bad tippers.

Or Uber drivers who try to sell me weed.

In the modern world, I can’t wrap my head around why anyone would want to be a police officer. For several reasons.

I don’t get how baggers at the grocery store manage to use 23 bags to carry 22 items.

I don’t know why anyone would ever want to watch the nightly news.

Or the NFL Pro Bowl.

I can’t grasp why only certain things make some people extremely angry.

Or who got killed on GOT.

I definitely don’t get motivational memes.

Especially the misspelled ones. Which is almost all of them.

Why is it that football and baseball commercials on TV are usually for beer?

But basketball commercials are for hard liquor.

Are the advertisers trying to say something?

Speaking of sports, I don’t understand why every athlete busted for steroids says he didn’t do it. Especially when he pretty much always did do it.

Why did Papa John’s discontinue the Cinnapie? I don’t get it.

I’m not sure why the guy driving 5 mph over the speed limit gets busted, but the dude weaving in and out of traffic at 100 mph never does.

I can’t comprehend the over-the-top tabloid magazines at grocery store check-out lanes. Who reads these?

I don’t get movie franchise reboots. How many Batmen can there be?

I’m not sure why all French fries ever aren’t like Chik Fil A waffle fries.

Ditto for their lemonade.

…and have a bottle of bourbon with two crystal glasses in my office.

Want something a little deeper?

Or how about something way darker?

Like Loading...
Tagged  I don't get it, modern life, not a good look, scratching my head, the value of opinions, why the hate.
Bookmark the permalink.