All your heroes are dead

The other night, whilst sitting among friends in a crowded restaurant, I accidentally eavesdropped on my neighbors’ conversation. Ok…it wasn’t accidental. The lull in my friends’ talking gave me an easy window to listen in on the fascinating exchange between a guy and a girl. I couldn’t resist.

When the pretty girl (30-something, short brown hair) sat down with the guy (early 40’s, funky comb-over,) everything seemed ok. He kissed her, told her how beautiful she was, and ordered her a drink right away. She told him all about her work problems, including how she’d lost a chance at a big promotion. He sympathized with her, reassured her, and seemed genuinely concerned about her travails. But…and there’s always a but…the conversation soon took a turn for the intriguing. After ignoring several rings of her cell phone, the girl starts getting nervous. She admits to the guy that her husband is looking for her, and that hubs suspects her of having an affair, which she clearly is.

Wait. It gets better.

Our cool, comb-over guy seemed unbothered by this news. He says something to the effect of, “It’s ok. I understand. I love you. I’ll wait for you for as long as it takes.” As far as adulterers go, he made a good show of it, appearing genuinely in love with the wandering wife. But…and there’s always a but…after a while of talking, touching, and kissing, the girl gets up and goes outside to text her hubby that she’s, “Still at work.” And that, “…boss has me working OT.” Classic stuff there. I have a feeling she didn’t fool anyone.

And while the lovely lass is busy lying, Captain Comb-over gets to the good part.

No sooner does the girl go outside than this dude picks up his cell phone and dials. Obviously he was drunk, else it would’ve been pretty obvious that I was listening in. I mean…c’mon. I’ve got good peripherals and all, but I was practically leaning over his bourbon. So our hero dials, and it’s clear another woman picks up on the other end. He starts talking to her, all the while looking over his shoulder and chugging his drink. And then he says, “Don’t worry. She’s outside. She can’t even see me.” The woman on the phone says something I can’t hear, and then…after hitting up the bartender for another drink…our hero says, “She has no idea. I’ll see you tonight. I love you.”

At this point, you’re thinking I’m judging these two. No. I’m really not. Where other people sling their lies and plunge their loins isn’t my concern. But it was while eavesdropping I wandered into a dark place at the back of my mind. I touched upon a belief I’ve always possessed. I remembered that the world has almost no heroes, and that for every good thing we want to believe about someone else, skeletons in the closet remain.

Let’s talk this over. Because I know where you’re gonna hit back. You’re going to point out the good people in your life: the dads, moms, grandmas, soldiers, teachers, BFF’s. And you’re going to assert how these people, with their grace and humility, are the true heroes. The unsung. The real deal. I’m fine with that. I get what you’re saying. Small deeds and simple acts of kindness can be heroic. Everyday people doing everyday good things are awesome.

One man’s treasure is another man’s trash.

A hero to one group of people can be a villain to another.

And for every one thing you know about your personal hero, there are ten things you don’t know. 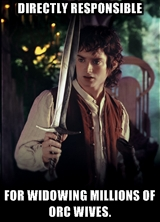 To start trimming the list of people we consider heroic, the easiest place to start is with celebrities and political figures. This year alone, the bones tumbled out of the proverbial closet at an astonishing rate. Consider Bill Cosby, among my generation’s most beloved men, now hot on the skillet for his roofie-administering ways. Consider Jared Fogle, long a television mainstay, busted for banging teenagers. Consider the Duggars, the Ashley Madison scandal, and the impossibly long list of NFL ‘badasses’ beating the crap out of their wives and girlfriends. Now I’m not suggesting any of these people should’ve ever been considered heroic, but nevertheless…celebrity-worship is a huge thing, especially in the US. And now we get to watch the previously-beloved fall, and fall, and fall. My guess is that at some point in the past, certain people viewed these famous folks as good, solid, and loveable. So now what? The onion is peeled back. Have they learned their lesson? Or will they simply find another celeb to hold up high?

Think about these questions:

Is every soldier a hero? Are most of them heroes? If so, are they heroic just because they fight on your side? What do you think the widows of their enemies would say?

Can someone who does great good in the world still be called heroic if, when no one’s looking, they lie, cheat, steal, or abuse?

Is doing hard work to support your family heroic? If so, doesn’t that make almost everyone who lived in pre-modern times a hero? (Back in the day most everyone had to bust their asses just to survive.)

If a firefighter regularly saves whole housefuls of kids and cute puppies, but is a shitty father and a negligent husband, is he a hero?

If a single mother works two jobs to support her kids, but smokes like a fiend (thereby shortening her life…which her kids need) is she heroic?

If someone gives millions to well-meaning charities, but pilfers a little for himself, is he…

…I think you get the point.

People do heroic things all the time. They save lives, teach wisdom, and sacrifice themselves for the greater good. People can be beacons of light in dark times, pull others together to make huge differences, and enact changes for the betterment of everyone. For brief, shining moments, people can do wonderful things.

But at some point, people go back to being people.

And no matter how high you hold them up, they will tumble. They will do things when they think no one’s looking. They’ll be human.

So be careful whom you look up to.

And be careful why you look up to them.

Want more challenging questions about humanity and the crazy shit we do?

Look no further than here.

Like Loading...
Tagged  Fallen from grace, Falling down, Good vs Evil, Humility, no such thing as perfection.
Bookmark the permalink.