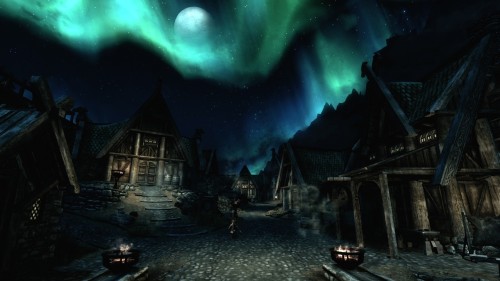 I’ve never been what you’d call a gamer, but I’ve been playing video games since the days of Atari, back before Nintendo shook up the market. I have my favorites, but I’m not obsessed. This week marked my 38th birthday and I’m still playing games when I have the time (Steam and Xbox360). After reading J Edward‘s post on his Top 6 Video Games, I felt compelled to take a walk down memory lane with my own top six list. The games on my list are those that turned me into a follower, buying up version after version. 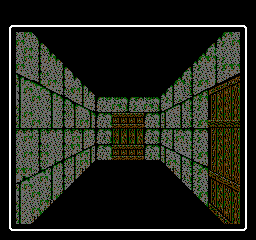 Have you ever played a game that annoyed you so much you became obsessed with it’s annihilation? For reasons I cannot fully fathom I played this game until our system kicked the bucket. It had a tendency to freeze up right in the middle of my progress too, but I kept playing.

After the NES left us, I went on to play Wizardry on our computer. MS-DOS. The days of Wizardry are long gone, but there’s a newish game on Steam that has the feel of the old dungeon crawlers but with updated graphics–The Legend of Grimrock. Yes, I play it too. 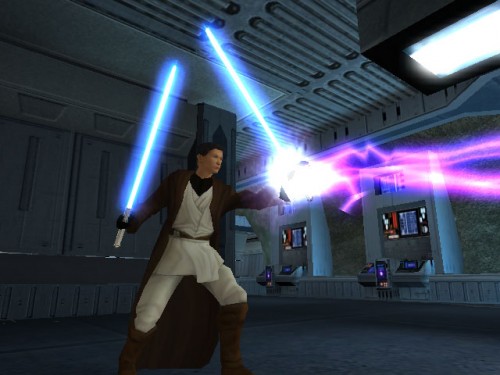 I do have a soft spot for games where your character’s evolution is guided by the choices you make in game. But let’s be honest, I have a soft spot for Star Wars in general. Star Wars was a massive influence on my childhood. I don’t think I knew any other girls with as many Star Wars toys as I had. I’ve been replaying this game on Steam, but I’ve also played other Star Wars games on the first Xbox and the Xbox 360. I’m currently in the middle of The Force Unleashed II. 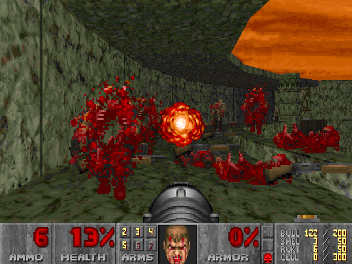 I’ve been playing Doom since the days of DOS. I’m sure someone introduced me to the game, but the memory escapes me. This was (and is) a game I can play for hours. I’ve played Doom, Doom 2, Final Doom, Doom 64, Doom 3 and now I own Doom 3 BFG Edition for Xbox 360 (includes Doom and Doom 2). For some it might be embarrassing, but I have zero issue revealing that I also played mobile editions of the game. Yeah. I love this game.

There’s been some rumors/announcements about a Doom 4, but I have yet to see any promotional material from id Software. Before anyone asks, no I haven’t played Rage but it’s on my wishlist. 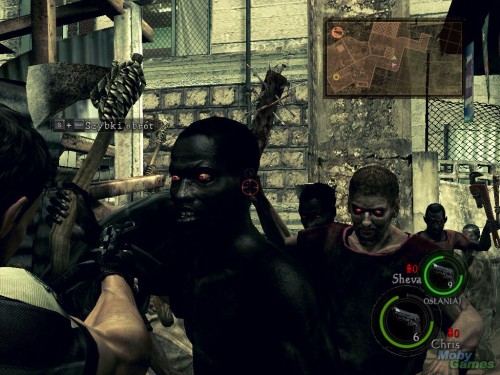 Here’s another game I’ve been playing for ages. I can’t even recall which game I started with (before Resident Evil 4) but I can tell you how unbelievably terrified I was of this game. I’ve always been a horror fan, but this game took it to a new level. Mindless zombies are one thing, but zombies with wits, biological experiments, monsters, abominations… You can’t reload your gun fast enough. 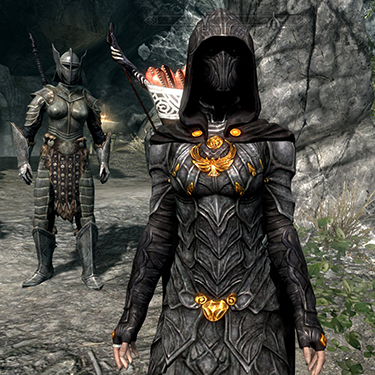 Skyrim made it to my top list, partly because I’m an Elder Scrolls fan and partly just for the amazing beauty of the world. I agree with J Edward on the characters (Too epic not to be included, but damn so many of its characters for being cardboard.) but I just don’t care. I still laugh when I hear the sweetroll comment or the arrow in the knee comment, because all I can focus on is the amazing scenery. The auroras alone. Wow. Riding my horse across the Giant lands. Slaying dragons.

It also doesn’t hurt that Skyim is inspired by the Vikings. My character is a Nord named Brynn. My daughter, playing the Dark Elf Alythrae, thinks that’s boring. 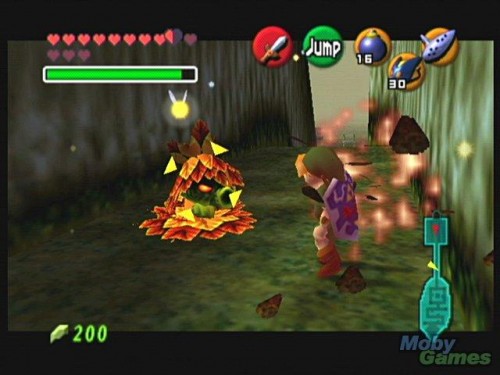 On this, J Edward and I are on the same page. I have played every single incarnation of this game, even the Gameboy and DS versions. All, except Zelda: A Link Between Worlds. My daughter is playing it first on her 2DS. Without a doubt, Twilight Princess was extraordinary but The Ocarina of Time for Nintendo 64 will always have a special place in my heart.

Before the Nintendo 64 version (1998) we had Link’s Awakening in 1993 (Gameboy) and A Link to the Past in 1991 (Super Nintendo). When I first saw The Ocarina of Time I was dumbfounded by the leap in graphics and storytelling. It blew my mind. No other Zelda game has done that. Yes, Twilight Princess was beautiful–but expected.

All of the Lego games. They are just too much fun. I especially love the Star Wars collection.

Tomb Raider — the newest game by Square Enix. I’ve only played this game a bit. It’s my daughter’s game and I’ve watched her play it from start to finish. Amazing! Another extraordinary achievement. You feel as if you’re part of the game. Stunning graphics and story.

Alien Isolation — This game isn’t out yet, but I have a feeling it will make this list a year from now. I’ve been waiting my entire life for an Alien game of this caliber. I’m so excited!! I’ve been having everyone watch the trailer….

And the character’s name is Amanda. This game was made for me.

Amanda Makepeace is an award winning illustrator inspired by nature, mythology, magical beings, and distant worlds. She is the co-founder of the Bird Whisperer Project, a monthly art challenge focused on spreading the the love of birds and art making for everyone. Her art has appeared in ENnie award-winning games and on the covers popular independant novels and anthologies. Her latest project is the cover art for the Long List Anthology Volume 4, a book featuring Hugo nominated stories. Amanda is a regular at Fantasy and SciFi conventions in the southeast, and an award winner at JordanCon, DragonCon, ChattaCon, and LibertyCon. http://www.amandamakepeace.com
View all posts by Amanda Makepeace →
Tagged  nintendo, Steam, top 6 list, video games, xbox.
Bookmark the permalink.