Announcement – The Crossing #1 Kickstarter is Live

Robert came to me a couple of years ago and we talked about working on a comic book series with one another. The plan was for each of us to bring an idea to the table and then we’d work on both concepts, alternating who wrote each issue.

Funny enough, both were science fiction stories, with mine focused on a post-apocalyptic section of the galaxy and the few people who manage to survive in it. Robert’s was this story inspired by Sliders and Quantum Leap and the DC Comics Elseworlds stories and the Marvel What If stories.

All of which pressed all my buttons. Because if there is one thing I love as much as a good time travel story, it is a good multiverse story!

From there it was all about brainstorming ideas. There was a fugitive, Dr. James Kincaid, who has kidnapped his kid and jumped to alternate worlds. There was an FBI agent who saw this as a second chance. There was the inexperienced scientist who was trying to prove herself to everyone, and who was clearly in over her head. 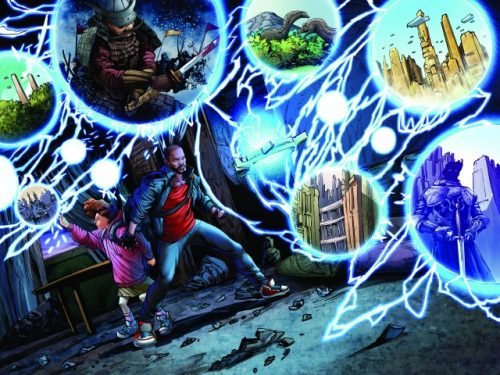 It was one of those conversations where things just fell into place. Robert would mention an idea and then I would see how that could connect to another moment and before long we had the four-issue story laid out.

Flashforward a couple of years as we’ve pitched the concept to a few comic companies. 133art saw the concept, saw the artwork from Sean Hill (always amazing), and said: “Let’s do this thing!”

So here we are on March 3, 2020, and we are doing this thing. Come over and check out the Kickstarter page to see more of the artwork and get a little more of the characters. 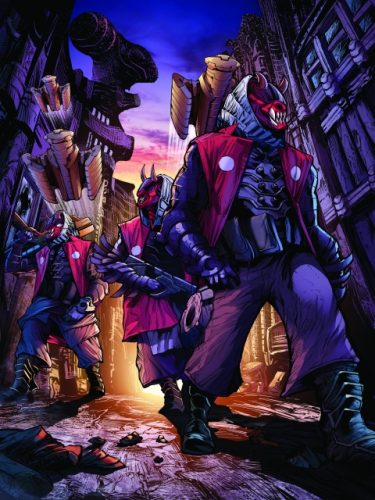 Be sure to go to the Facebook Page and like it so that 133art knows people are interested! And make sure to check out the Kickstarter!

Writer of comics and novels. In 2006 his first short story "The God That Failed" was published by Terminus Media in their debut comic Evolution Book 1. Since that time he has had stories published in Terminus Media's Evolution Book 2 and Evolution Special, Kenzer and Company's The Knights of the Dinner Table, and Four J Publishing's The Burner #3. Currently he is eagerly awaiting the digital publishing of his first creator-owned comic The Gilded Age #1 to be published online as well as his first novel The Dark That Follows later this year.
View all posts by John McGuire →
Tagged  133art, Comics, John McGuire, Kickstarter, robert jeffrey ii, Sean Hill, The Crossing.
Bookmark the permalink.