Book Review – The Dagger and the Coin Series

This is what happens when you are waiting for a new Game of Thrones novel. You expand the search a little bit.

Here’s the thing: I love the Fantasy genre. When I began reading, the second series I read was Piers Anthony’s Xanth series. Not long after that I dove into Dragonlance novels and Forgotten Realms novels… However, I stayed away from the giants of their craft – Brooks, Jordan, Eddings, etc. For some reason I didn’t want to make that leap into some world I had no connection to (unlike all the D&D related books where I at least had some passing interest in those worlds having played in my fair share of campaigns). Those others though, I just couldn’t pull the trigger.

Years passed and I read other things, lamenting that I’d love to read some good fantasy at some point. Then came the TV show for Game of Thrones… and it was over. My self-imposed drought finally ended. I devoured the five books over the course of maybe two months (it might not have even been that long). 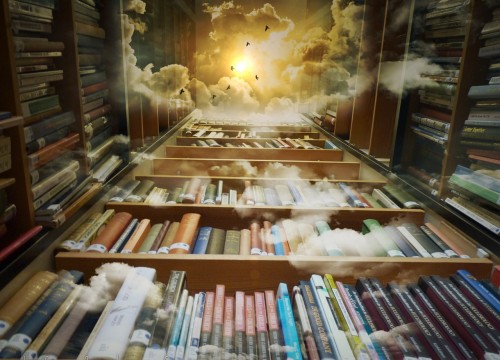 And then I got to experience (and still am) the waiting (I guess this is karma for “knowing what’s going to happen”).

So the call went out again… what could I possibly fill the years with?

Miraculously, it was answered when my buddy Egg couldn’t stop raving about this fantasy series he’d been reading.

“You don’t understand, one of the main characters is a Banker. And it completely works. Like I could see Banker now being a D&D class… that’s how much this works.”

Honestly, I’m not sure if he said anything else about the series other than talk about how this author made banking cool.

Not knowing where else to possibly turn, and maybe because Book 1 went on sale, I bought it and-

Wait… that’s not entirely true. I went to Daniel Abraham’s website and decided to read one of his shorts in order to get an idea of his style (see if I liked it or not). So I read “The Cambist and Lord Iron“.

I’m not kidding about this – go and read that story right away. It’s one of those stories that I’ve reread because I loved it so much. And it effectively has a banker in it as well. And the man knows how to write bankers.

THEN I downloaded The Dragon’s Path. And devoured it. And grabbed the next one and the next one… until I reached a point in January where I’d read all 4 of the released books… and had to wait a whole 2 months until the last book in the series came out. 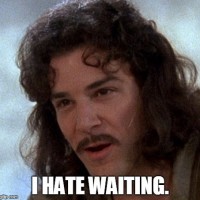 But we’re past all of that (and I realize I’ve not told you anything about the series yet).

Thousands of years ago Dragons ruled everything. And they created the races of men of specific purposes. Some were bred larger, stronger, with tusks or claws, to be their foot soldiers. Others were graceful and slight, but with higher intelligence so that they might create works of greatness. Regardless of your station, if you were human, you were a slave.

And then an uprising happened – the dragons disappeared… died out… leaving their charges to fend for themselves. Great empires rose and fell, connected by the old Dragon Roads of Jade. Countries attack each other almost seasonally, trading in more pomp and circumstance than actual real battle.

And that’s where our story innocently picks up…

With a ward of the Bank sent out in disguise to smuggle all their Bank’s wealth away prior to the combat.

With a grizzled mercenary captain who happens to be in the wrong city at the wrong time.

A noble from a lower house who is teased and picked on by the rest of the men in his regiment.

Very humble beginnings, with no guess that this place and this time will set in motion events that have been dormant for thousands of years. That there is a change coming to the land, a new magic unknown to almost everyone, and an ancient sect waiting to be discovered.

I really don’t want to give anything more away than that as Abraham does an excellent job of making seemingly unconnected things come together. Bits and pieces of world building that appears to be just that and nothing more turn out to have a purpose I wasn’t expecting.

More than that, though, is how not only the POV characters are portrayed, but the “secondary” characters as well. By being able to view them through different eyes we get a glimpse of not only how the POV characters might see them, but also how the other secondary and tertiary characters view them. And just like the greater world building ties together, so too, does the interactions between everyone. 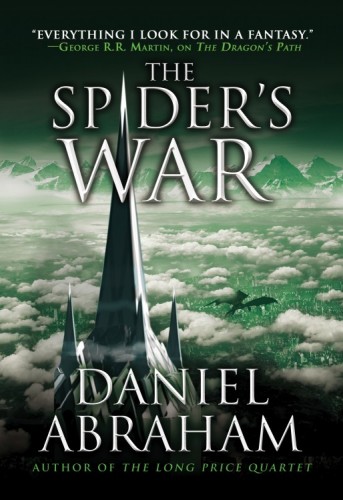 I’m not sure how those other Fantasy books do it. How do they deliver the stakes? Do they tell you up front and explain that if X and Y aren’t accomplished, then the end of everything will happen? Because with The Dagger and the Coin series it isn’t known what we’re fighting for (big EPIC picture-wise) until the 3rd book. And I think that is a benefit of the series. Again, looking back I see how the pieces fit together, but Abraham allowed me to get immersed in the world, in his characters, the LITTLE moments, before he revealed the true STAKES for the characters.

Well worth checking out and for you, there will be no more waiting as the series is done. Though, a little irony that I’m saddened by that aspect. What can I say, I grew to love the characters and want to know what they’ll do next.

Writer of comics and novels. In 2006 his first short story "The God That Failed" was published by Terminus Media in their debut comic Evolution Book 1. Since that time he has had stories published in Terminus Media's Evolution Book 2 and Evolution Special, Kenzer and Company's The Knights of the Dinner Table, and Four J Publishing's The Burner #3. Currently he is eagerly awaiting the digital publishing of his first creator-owned comic The Gilded Age #1 to be published online as well as his first novel The Dark That Follows later this year.
View all posts by John McGuire →
Tagged  Dagger and Coin, Daniel Abraham, Fantasy Series, Game of Thrones, John McGuire.
Bookmark the permalink.