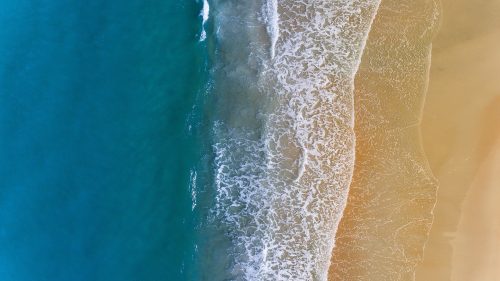 I was at work the other day feeling a bit stressed out. We have any number of project milestones upcoming and then, to top things off, a project I’d hoped was put away for good instead decided to play Zombie and rise up again to send my entire week out of whack. I walked back from the break room to get some water and started chuckling to myself.

Now, luckily, no one was around to hear me snap and go insane in that moment. No, it wasn’t sudden madness. It was a bit of clarity. I’ve noticed that when the days are approaching when vacation is actually on the horizon, but still a little bit too far away to properly begin a countdown. For me, it was about 2 weeks prior to the vacation I’m on as you read this post.

The beach. The pool. A good book (or two). Headphones.

Hopefully, this is all going to restore my sanity, just a little bit.

See you back in the real world next week.

Writer of comics and novels. In 2006 his first short story "The God That Failed" was published by Terminus Media in their debut comic Evolution Book 1. Since that time he has had stories published in Terminus Media's Evolution Book 2 and Evolution Special, Kenzer and Company's The Knights of the Dinner Table, and Four J Publishing's The Burner #3. Currently he is eagerly awaiting the digital publishing of his first creator-owned comic The Gilded Age #1 to be published online as well as his first novel The Dark That Follows later this year.
View all posts by John McGuire →
Tagged  beach, John McGuire.
Bookmark the permalink.