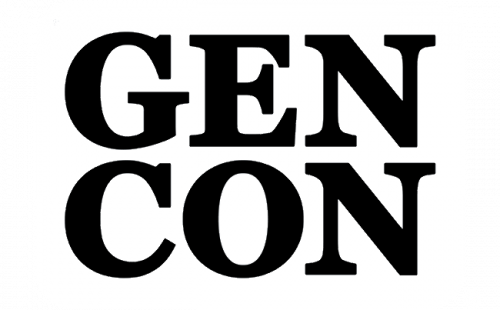 After a lost year in 2020 and us opting for Origins instead last year, we picked back up on the pilgrimage back to Indianapolis, Indiana for “The Best 4 Days in Gaming”. From the announced attendance of over 50,000, it appears that things are returning to pre-2020 attendance levels. And that could be felt in both the crowds and our hotel location.

Before we get to the actual convention itself, a few words on the process this year. We arrived Wednesday night and figured we could go ahead and pick up our badges and show our vaccination cards leaving the rest of our time for gaming and whatnot. Since we’d rolled over our 2020 badges to this year, I don’t think there was an option to have them mail the badge to us like in previous years. Let me say that paying an extra $10 is well worth avoiding what was a 45-minute line on Wednesday evening. But that would turn out to be the shorter of the lines, as the one to show our vaccination information stretched throughout the convention hall, doubling back on itself. Even finding the end of the line was an accomplishment. While the line mostly moved, it still felt as if our lives hadn’t existed before the Line and when we died, others would simply step over our bodies and continue on the never-ending sequence.

(There is a horror story somewhere in here.)

After an hour and 15 minutes, we wound through the hall and entered the room, showed our information, and then decided that it would be great to find some food.

As Hooters was within sight, we attempted to eat there. I say attempted because we arrived about 20ish minutes before they closed. A fact they let us know multiple times. “We close at 10.”

I understand that they might be short-staffed, but considering you have a convention in town, maybe a bar might want to stay open a little later? Maybe?

We took our food to go and headed back to the hotel.

One last aside… Gen Con uses a lottery system to determine housing. The earlier in the day your time is, the closer your hotel is going to be. With three of us you’d figure at least one would have a decent time, but this year we did not have the luck. The hotel, while nice, ended up around a 15-20 minute walk. And let me say, that when you’ve been walking all over all day, the last thing you want is another 20 minutes of walking before you can get back to the room. Maybe we need to keep an eye on the hotels throughout the year to see if perhaps some closer hotel rooms become available.

With the location we had, we were also on the far side of the convention center which limited some of our food options. Let’s just say we ate at the same pair of restaurants about 5 times over the time we were there.

Before we’d even arrived at the convention, we’d been informed that due to a shortage of Game Masters, one of our sessions had already been canceled, leaving us with an odd schedule of 1 game Thursday, 1 game Friday, and then 3 games on Saturday. Looking for the silver lining, it meant we’d get most of our Dealer’s Hall stuff done on Thursday, allowing us to strategically attack the booths later in the weekend if there was something we wanted to buy. It was pretty packed with vendors with the occasional empty booth area for some last-minute cancellations (I think around 10 at most).

Day became night and we were onto our first game session: 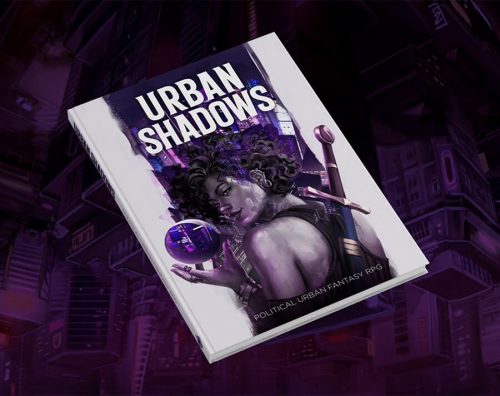 An Urban Fantasy Horror Game where you take on the role of one of the supernatural (or supernaturally touched) people in the city. We had Fae, someone who’d sold their soul, a ghost, a wizard hunter, and a gambler who had psychic powers. Using the Powered By The Apocolypse game, one of the things I thought worked really well was the ties we came up with between our characters. You might owe another character a Debt in the game which meant they could potentially use it to perhaps convince you to do something to help them (or hinder someone else). But that whole sequence worked really well as everyone had some reason to know each other AND also have reasons to want to work together (which can be an obstacle in any one-shot style game).

There was also a Corruption Mechanic that looked interesting for more of a campaign. You can gain access to other powers at the cost of your soul – and eventually, if it gets too much, then you become an NPC. Again, more of a long-term thing, but I can see it being something cool as the story progresses.

Overall, I liked the game and really enjoyed the session.

More dealer’s hall and then we made our way to our second game. 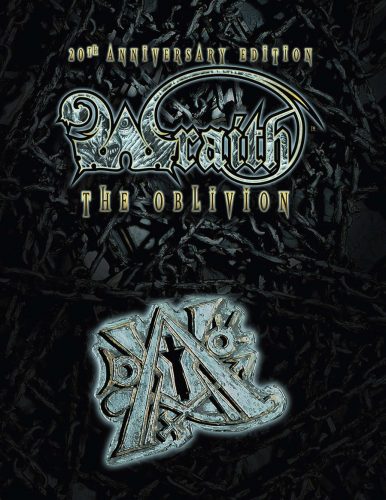 We’ve played a few of the World of Darkness games over the years, but somehow none of us had ever played Wraith. The idea that you’d roleplay someone who has died and now has to deal with all sorts of horrific things on the other side is definitely intriguing. I’m reminded a little bit of the scenes in What Dreams May Come where Robin Williams has to descend into the more hellish portion of the afterlife – stepping on the undead/lost souls.

Overall the game feels interesting, though this actual session mostly focused on the Shadows. The Shadows are the dark voices in each of us which compel us to go against our better interests. In this game, we had 5 players as PCs and then 2 others who acted as our Shadows. While an interesting dynamic (especially since if you aren’t careful, the Shadow will take over), the big problem is that if the Shadow takes over, there isn’t much the PC can do to retake control. This means you are on the sidelines for as long as it takes to kill yourself. At the con, this creates a bit of a  Player vs. Player dynamic which adds a layer to the game, but I’m not sure how well it might work outside of that particular setting. Again, thinking about longer stories, it might be better for the GM to handle the interaction.

That was our first two days, leaving a jam packed Saturday featuring 3 games! Part 2 will be up next week!

Writer of comics and novels. In 2006 his first short story "The God That Failed" was published by Terminus Media in their debut comic Evolution Book 1. Since that time he has had stories published in Terminus Media's Evolution Book 2 and Evolution Special, Kenzer and Company's The Knights of the Dinner Table, and Four J Publishing's The Burner #3. Currently he is eagerly awaiting the digital publishing of his first creator-owned comic The Gilded Age #1 to be published online as well as his first novel The Dark That Follows later this year.
View all posts by John McGuire →
Tagged  convention, Fallen Heroes, Gen Con, John McGuire, Magpie Games, Onyx Path Publishing.
Bookmark the permalink.