Actually let me tell you why he is an interesting character, and then you tell me if they f-ed him up or not.

Every year he journeys to Hell in order to try and save his mother’s soul. 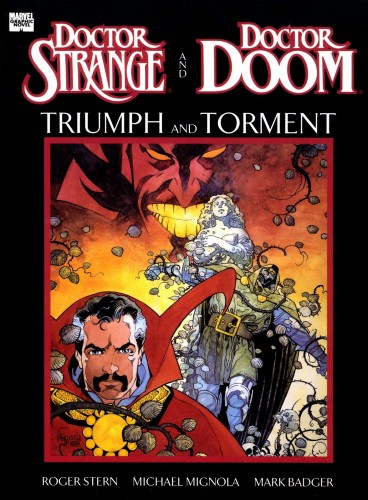 Oh, yeah, years previous his mother made a deal with the Marvel Devil (Mephisto) and when she died went to Hell. So every year Doom summons up the demon and challenges him to a duel (which he loses every year). He loses every year, gets to face some of his worst fears, is truly humbled… and then comes back the following year to do it again.

He Learned Magic from Morgan Le-Fey.

While not the exact version from our Arthurian Legends, it’s a pretty close version.

I mean that’s gotta be worth a couple of points right there.

He is as smart as Reed Richards.

If you were to rank the the characters in the Marvel Universe, Reed Richards would place as #1. Then if you examined things a little further you’d realize that while you ranked Doom #2 – he has divided his attention between both scientific pursuits and magical ones. Magic – that thing Richards thinks is just another form of science he hasn’t quite figured out yet.

Ergo, you might say that he is smarter. Or at least that’s what he’d say.

He’s the leader of his own nation!

Latveria, located somewhere in eastern Europe, is not only run by Doom (giving him Diplomatic Immunity when he is in the USA), but the people there legitimately LOVE him. There was a story where he was disposed and things went to complete shit… to the point the Fantastic Four had to help him get back in power.

He’s the godfather of Valeria Richards.

How many people would allow their daughter to have a godfather who constantly tries to kill them? Well when Susan Richards went through a life or death pregnancy and Reed was nowhere to be found… who did they call for help? Victor Von Doom. Who then named the little girl.

Mostly I just love the fact that he genuinely cares for this girl in a way that I wasn’t sure would be possible. And woe onto anyone who tries to harm the child. 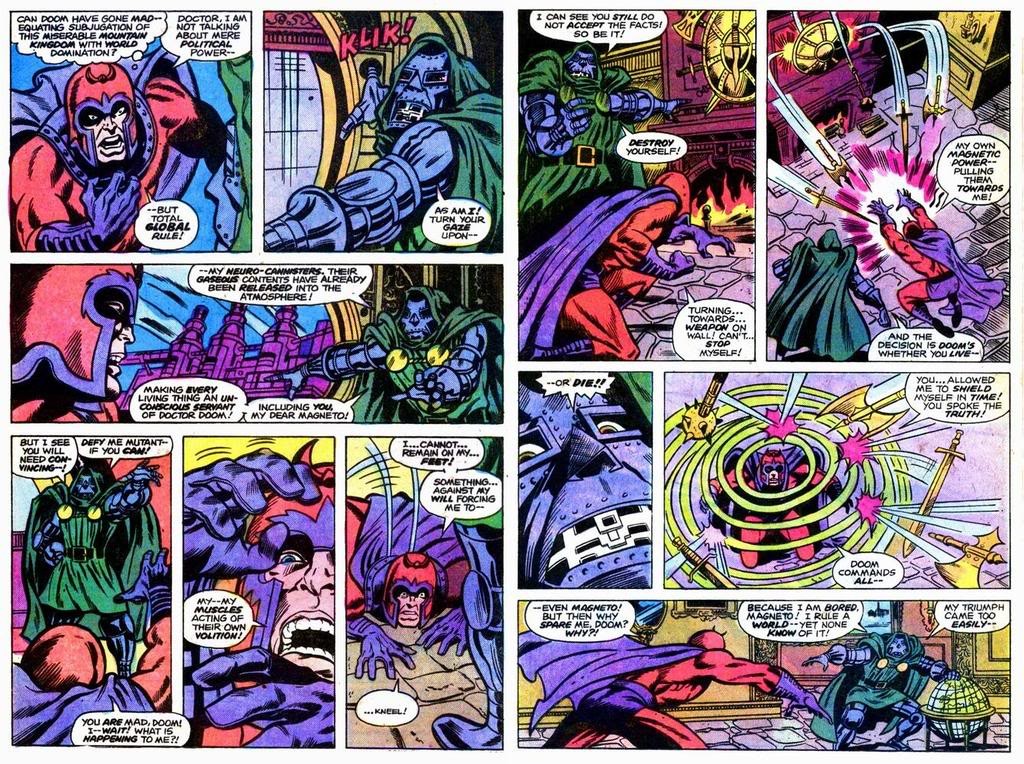 He once took over the world and then actually made the Earth a paradise!

In the Emperor Doom graphic novel, Doom is able to use the Purple Man’s powers of persuasion to gain control over everyone on the planet (save for a couple of Avengers… meddling do-gooders). And when the Purple Man calls into question how legitimate the victory really is, Doom steps into the room with him and removes his mask and the following happens: 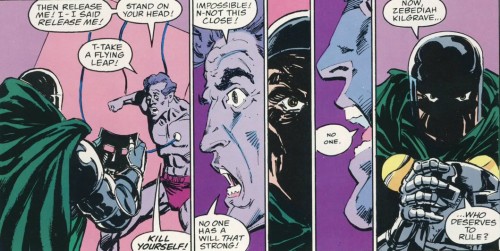 In the Marvel Universe the Beyonder is one of the ultimate power movers and shakers. A god of sorts who, for his own amusement, brought a bunch of heroes and villains to an alien world to watch them fight it out.

Well Doom is no man’s puppet. 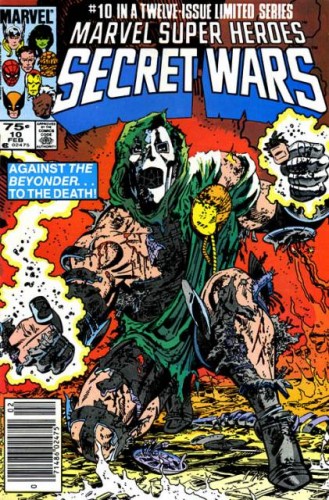 He took the “god’s” power and for a short time, kept it.

There are tons of others:

He saved Kitty Pryde’s life when she had been injured by the Marauders (with a tiny bit of help from Reed Richards).

He’s appeared on the old Spider-man cartoons! I mean, that’s probably the biggest reason right there.

So you tell me, did the movies do him justice?

Writer of comics and novels. In 2006 his first short story "The God That Failed" was published by Terminus Media in their debut comic Evolution Book 1. Since that time he has had stories published in Terminus Media's Evolution Book 2 and Evolution Special, Kenzer and Company's The Knights of the Dinner Table, and Four J Publishing's The Burner #3. Currently he is eagerly awaiting the digital publishing of his first creator-owned comic The Gilded Age #1 to be published online as well as his first novel The Dark That Follows later this year.
View all posts by John McGuire →
Tagged  Comics, Doctor Doom, Fantastic Four, John McGuire.
Bookmark the permalink.