I’ve mentioned in the blog before that I’m a bit of a pack rat. At heart, I’m a collector. Which my wife can attest to with the comic book collection taking up multiple closets in our house. But it isn’t just physical objects, it’s digital ones as well. I have abandoned short stories cluttering up one of my drives because I know…

That I may end up using some piece of the story in another project down the road. This mostly means that those projects from back in the day may only need just a little bit of love and maybe they can come back to life.

Which brings me to my next comic…

A couple of years ago I finished up the first four issues of the Gilded Age comic book, and while I am chomping at the bit to get back to writing that project, there was another one that actually existed many years before Gilded Age was ever a thought in my brain. It is something that is both a fantasy and sci-fi comic book. However, for many, many reasons (which I’m likely to touch on in the coming weeks), it was also the project that I couldn’t just let die somewhere on a hard drive.

It’s a project that has been around for some time, and after talking to the co-writer (this site’s own Egg Embry!), we have decided now would be the perfect time to finish it up.

So for now I thought I’d give you a peek at one of the covers (yes, plural) from Edgar Salazar (of Marvel, DC, Dark Horse, and many others fame). 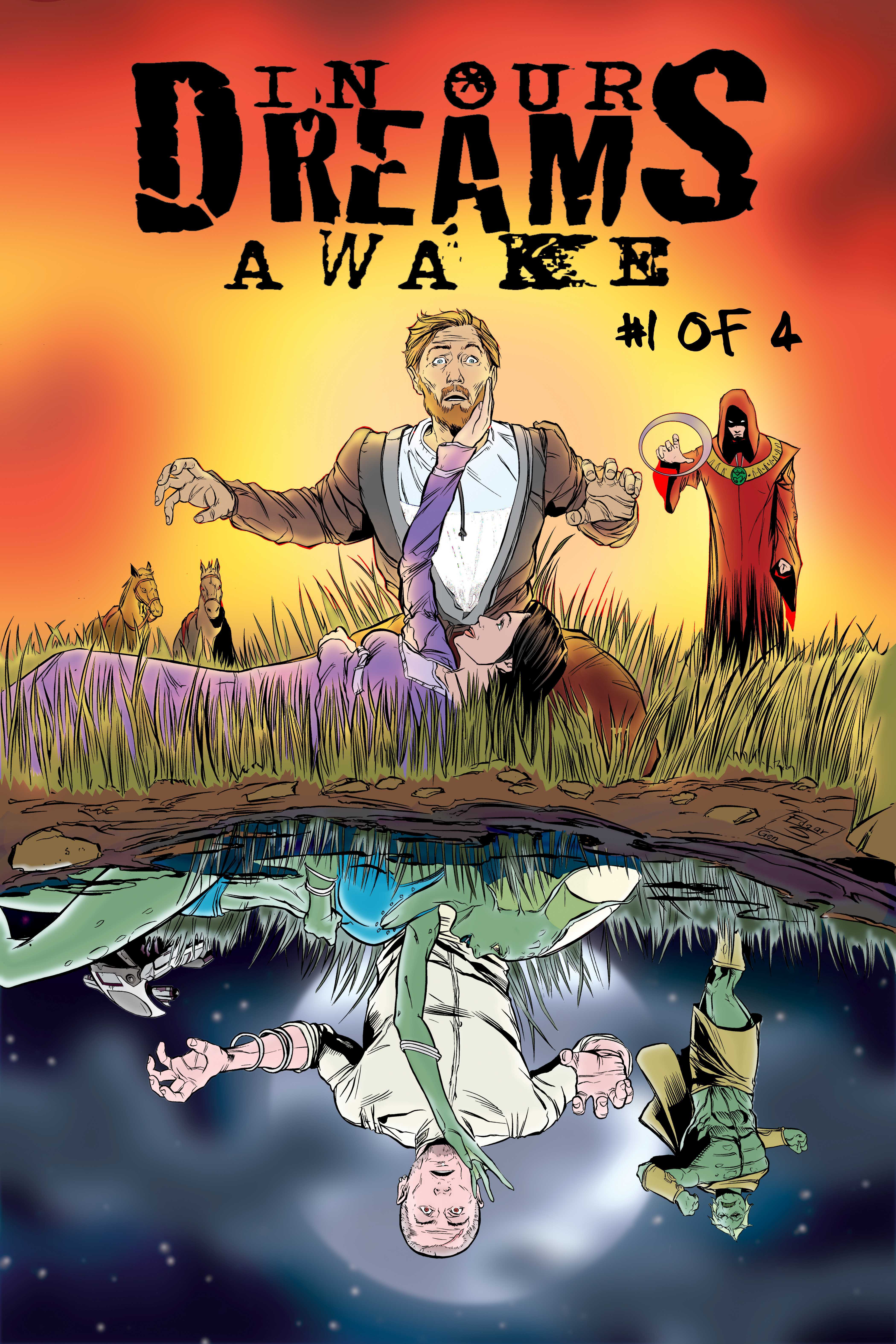 I’m excited for this project to finally get out into the world!

Writer of comics and novels. In 2006 his first short story "The God That Failed" was published by Terminus Media in their debut comic Evolution Book 1. Since that time he has had stories published in Terminus Media's Evolution Book 2 and Evolution Special, Kenzer and Company's The Knights of the Dinner Table, and Four J Publishing's The Burner #3. Currently he is eagerly awaiting the digital publishing of his first creator-owned comic The Gilded Age #1 to be published online as well as his first novel The Dark That Follows later this year.
View all posts by John McGuire →
Tagged  Edgar Salazar, Egg Embry, Fantasy, In Our Dreams Awake, John McGuire, Science Fiction.
Bookmark the permalink.