My second novel-length project made its first real steps this past weekend. Hollow Empire’s first Episode came out on Friday night to a Kindle reader near you for a whole $0.99. For that you get to meet the characters, get immersed in the world, and get left on one heck of a cliffhanger for… another 2 days. Because that’s when Episode 2 comes out. And then a week later Episode 3 comes out. And so on for 6 straight weeks. 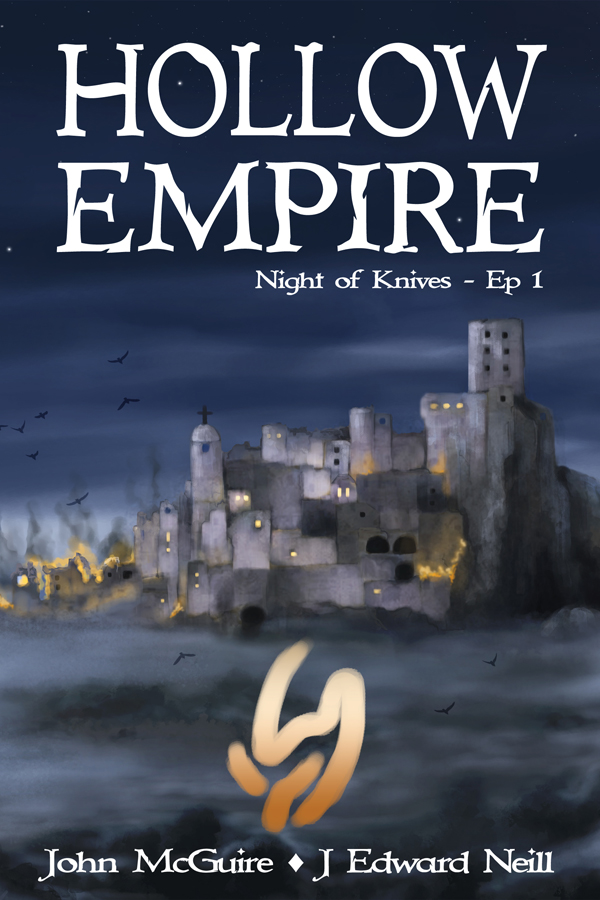 Check it out on Amazon here!

Last month I talked about how the project began (in the various emails sent back and forth between Mr. Neill and myself). You can find that here.

The thing about this project was that while we had a bit of a road map, this was different than the way I normally write. Typically I’m working in solitude, late into the night, trying to hit my goals for the night. But even before that I have an outline of some sort set out. It might not have all the twists and turns laid out, but it gives me enough road signs that I know where I’m heading.

It’ll be months working on that 1st draft. A draft that no one else can see (not even Courtney). It is in this draft that I become unafraid to suck. Unafraid to write down everything that my brain might only be tangentially trying to tell me. It all goes in… because I know that when I sit down for Draft 2, I can easily cut the chaff from the wheat.

Hollow Empire worked a little differently. Initially we set up goals of turning around the episodes every 3 weeks. At that point I’d send J my 3 chapters and he’d send me his 3 chapters and I’d spend a night or two on edits (and he’d do the same).

Let me say right now that J got the short end of that stick. Especially at the beginning. His chapters were pretty clean overall. A few grammar things, a misspelling or three, and maybe a tweak of some plot (mostly that was me asking questions like this: “Wow, this thing you introduced was cool, how does that work?”).

Mine were a little rougher. Mostly because, while I did give them a writer edit before sending them on, they were probably closer to 1st draft form than 2nd or 3rd draft form. I can only imagine what J thought when he read that first chapter.

Hopefully it wasn’t a “what have I gotten myself into” situation. 🙂

I believe that by the 5th and 6th episodes I’d cleaned up some of the bigger mistakes, crutches, etc. that I was using (or he’d given up by then).

I’m fairly new at this, but I have to believe that even the JK Rowlings and Steven Kings still learn things with each project they write. Maybe they aren’t the HUGE things anymore, but I have to hope that there are still techniques to figure out… an envelope to push.

And I’m still at the point where everything is HUGE realizations. Writing Hollow Empire, getting that instant feedback, and then doing the edits immediately showed me a different perspective on how my work… worked.

I wasn’t expecting that when I agreed to the project.

The other big thing I learned was that 3 weeks isn’t as long as you think when you have a day job. You see, I was under the assumption that since my nightly goal is 1250 words and our portion of each episode was about 7000 words… well, you do the math. That should be only 6 days. Figure 2 more for any edits. Even if I only write 5 days a week, that’s only half the time. 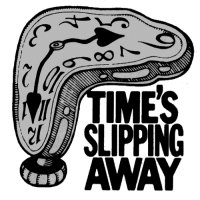 Well to mis-quote Top Gun: My brain was writing checks that my body couldn’t cash.

I hit the first deadline, no problem. Heck, I had a whole spreadsheet set up with due dates and how long edits would take and so on. By Episode 2 I only barely hit the date, and I’m pretty sure by Episode 3 I was a little late. And so on.

That being said, I would set up the same schedule the next time (3 weeks). Some of the delays were from not knowing the characters quite yet. Some of it was trying to  make sure that I hit the goal posts I’d set up in our initial story meeting. And some of it was vacations and work. At 3 weeks per episode we’d still be done in 4 months. Which leads me to the 3rd thing I learned.

The speed of the project made me a faster writer. More pure. I wrote my characters into corners in one episode and then had to figure out how in the world they were going to get out of that situation. And while that made for some longer nights than I would have liked, I’m hopeful that the end result of not agonizing over every last sentence captures a feeling with the readers.

What I’d like to know now is whether this experiment worked. How do the readers react to those moments and cliffhangers and everything else? Can we make it so they are hyped for a new episode to come out on Friday night?

I guess I’ll have to wait and see.

His second novel, Hollow Empire, is currently in week one of its 6-part release. Each episode is only $0.99.

Writer of comics and novels. In 2006 his first short story "The God That Failed" was published by Terminus Media in their debut comic Evolution Book 1. Since that time he has had stories published in Terminus Media's Evolution Book 2 and Evolution Special, Kenzer and Company's The Knights of the Dinner Table, and Four J Publishing's The Burner #3. Currently he is eagerly awaiting the digital publishing of his first creator-owned comic The Gilded Age #1 to be published online as well as his first novel The Dark That Follows later this year.
View all posts by John McGuire →
Tagged  Co Authors, Hollow Empire, John McGuire, writing.
Bookmark the permalink.