October has come again, and again my goal of watching a bunch of horror movies hasn’t quite managed to happen just yet. Luckily we’re at the beginning of the month, so I have a little more time to go about checking some things off my list.

Prior to beginning this post I looked around at plenty of blogs who list their Top 10, Top 30, even Top 100 horror movies. As much as I’d like to be able to have an opinion on each and every one of them, I couldn’t even begin to figure out if Let the Right One In should be above or below 28 Days Later. Or where Jaws might belong on my Top Horror Movie List.

Of course, horror movies are a subjective as any other genre. And there are a handful that I just don’t get the praise for. These movies get slotted high up in the rankings while other movies, ones I find much more deserving, languish below. 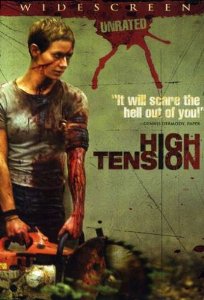 With each of these movies I have on here, there are definite “good” portions. I understand that. High Tension was a movie that I borrowed from a friend after he praised it. I only wish he’d told me to turn off the dvd at about the 45 – 60 minute mark, because the beginning of the movie more than lives up to the name. You have all manner of scares to keep you on the edge of your seat. You have a couple of heroines to cheer for – I really wanted them to get out.

And then the TWIST happens. I had to rewind the movie at first. It didn’t actually work within the framework of the movie. Then after I finished it (annoyed the whole time) I actually tried to see what the commentary might say about why they made this BIG choice (forgive me not giving the specifics, but I’d hate to ruin things for someone who has this still on their list). Nothing. Which leaves me to imagine that the act of having a solid, scary film wasn’t quite enough for them… and it will forever leaving me scratching my head.

Oh, what could have been. 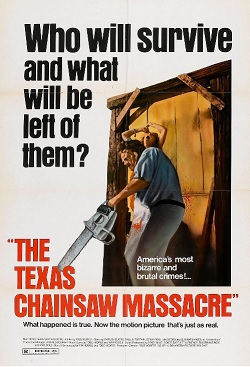 I can dislike a movie while still recognizing its place among the keystones of the genre. And I fully understand that, for better or worse according to who’s talking about the movies, without Texas Chainsaw Massacre there would have been no slasher renaissance of the 80s.

I truly think that I saw this at the wrong time. By the point I got around to seeing this movie I was a horror movie veteran many times over. So any of the tricks that might have been invented within this particular framework was old hand. I’d been jaded by too much a of good thing, I guess.

Still, it’s not a good thing when by the end of the movie I’m hoping that no one survives, is it? 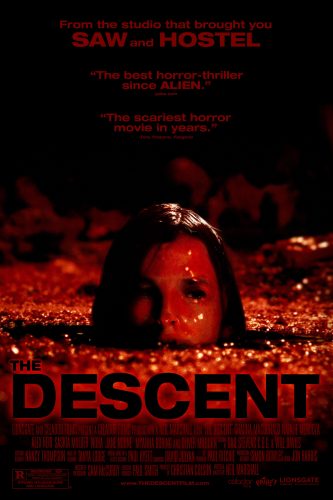 I definitely get why people might like this movie. It has plenty of hot buttons to push. Add in a storyline that is constantly threatening to bubble over, and you just know this one is ending in a blood-bath.

This is going to sound odd when talking about horror movies, but I still need the characters to actually act like people. Instead some of them just became speed bumps on the way to the big confrontation at the end which wanted to tell us that people are the problem sometimes, not monsters.

But this isn’t The Walking Dead… and I just didn’t buy it.

And then was there a “false ending” thrown in for no real point? Just no thank you. 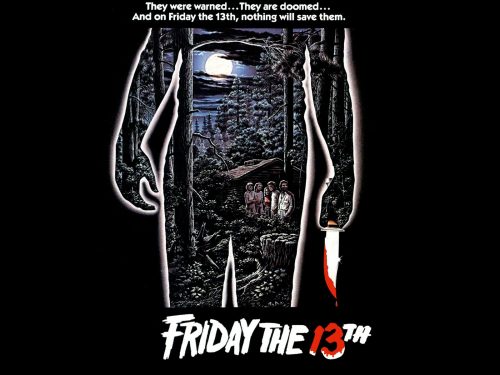 In the same category as Chainsaw Massacre, my problem with the very first Friday is that it has become more a trivia answer than a movie you’d want to watch. Jason doesn’t do the killing in this one, it’s his mother. Kevin Bacon gets killed in it. People have sex and then they die.

OK, but is it a good movie? Is it one that you’d watch again randomly at home?

No is the correct answer to that question.

In fact, we could make the argument that the Friday movies really are the ugly step-sister of the slasher sub-genre. It had become such a joke by the end that not only did Jason “go to Hell”, but he also hung out in “Space”.

Space… need I say more? Who the hell was going to see these movies?

Writer of comics and novels. In 2006 his first short story "The God That Failed" was published by Terminus Media in their debut comic Evolution Book 1. Since that time he has had stories published in Terminus Media's Evolution Book 2 and Evolution Special, Kenzer and Company's The Knights of the Dinner Table, and Four J Publishing's The Burner #3. Currently he is eagerly awaiting the digital publishing of his first creator-owned comic The Gilded Age #1 to be published online as well as his first novel The Dark That Follows later this year.
View all posts by John McGuire →
Tagged  friday the 13th, high tension, Horror movies, John McGuire, texas chainsaw massacre, the descent.
Bookmark the permalink.