Bloat Games has added their latest game, SURVIVE THIS!! Zombies! 2nd Edition – Core Rule Book, to DriveThruRPG. I played it at Origins Game Fair and did a review of it in Knights of the Dinner Table 257. If you like OSRs and zombies, this is an excellent game that’s fast and fun. When Eric Bloat of Bloat Games reached out about the game being available on DriveThruRPG, I thought the best way to convince anyone it is a good game is to show them how much it has been shared on blogs and Facebook in a single day (these are just what was sent to me or I found). Keep in mind, Bloat Games is not Wizards of the Coast, this is genuine word-of-mouth from fans and friends saying, “Give zombies a chance!” 😉 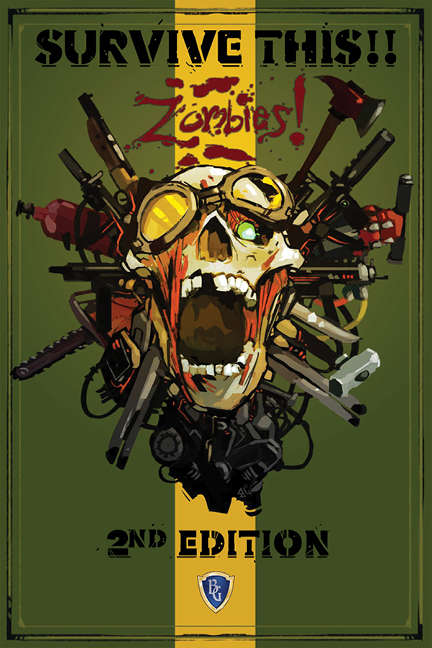 Let’s start with fellow blogger and all around fun guy, Justin Ryan Isaac. He went so far as to do a blog post about SURVIVE THIS!! Zombies! 2nd Edition – Core Rule Book on his site, Halls of the Nephilim.

Head on over to DriveThruRPG and pick up a copy of SURVIVE THIS!! Zombies! 2nd Edition – Core Rule Book.