Zine Quest, an event to promote RPG creations on Kickstarter, has an interesting new addition: Incarnis. This game, presented in the form of a booklet that guides you through its gameplay, lets players take turns as game masters in the role of various gods that you create yourself. What kind of world will your pantheon create? 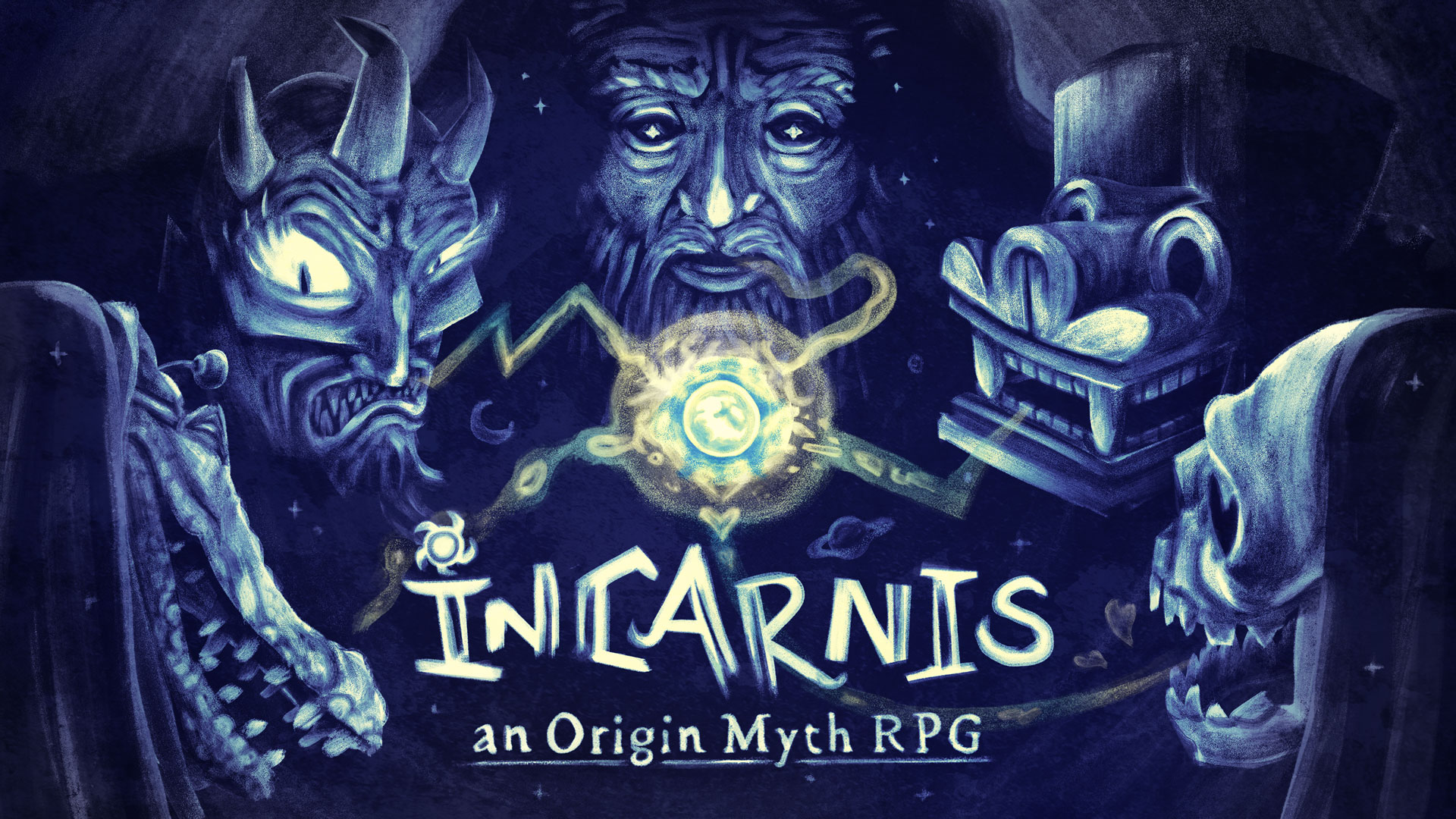 Incarnis is a tabletop role-playing game about a pantheon of deities who are all about interfering with each other’s lives and with the mortals ‘down below’. Think of Disney’s Hercules, Terry Pratchett’s The Gods Trilogy and Neil Gaiman’s American Gods. The deities are people; prone to being emotional and very interdependent. They just happen to be the almighty incarnations of raw creation as well. So, as your gaggle of deities pursue their individual needs, the world trembles in their wake, forever changed.

Incarnis empowers all players to pick up the mantle of game master in a game that was made to easily pass that role around.

Incarnis lets you create your own origin myths by forming bonds between the deities. These bonds lead to drama that creates the very nature of the realm. With each origin myth, the world will become richer and more real.

“Ocean and Earth were lovers, until something happened between them. Now they are in a terrible fight, and risk splitting apart.”

A simple premise like this can form the basis of myths such as how parts of the world became land, and other parts became ocean.

Your myths will soon grow into a mythology. At the core of the game is the idea that each resolution creates its own complications. What if Ocean and Land reconciled their differences and merged again? What would happen to all the civilizations that formed on dry land? And will another deity rise up to prevent this from happening? The game is built around this kind of drama and lets you spiral out an interesting overarching mythology by asking questions and searching for answers. Gradually, that abstract world you started out with becomes a place worth fighting for.

Zine Quest is an invitation to creators to launch RPG related Zine Kickstarter projects. These zines are small (A5 or smaller) booklets. They may contain full games, or contain RPG related content. This year’s edition is the second Zine Quest, and it has met with lots of enthusiastic responses from those who appreciate classic role playing and new ways of creating social storytelling structures.

Incarnis was created by Peter Elroy and Max Philippi, two Dutch RPG enthusiasts. Max is a graphic designer with a passion for games that are intricate yet elegant. Peter planned to study game design but somehow ended up studying physics, so now he makes up for this in his free time.  They have created game supplements, re-skinned existing ones, and of course built their own worlds and stories as game masters in various RPG adventures. But this Kickstarter project is their first brand new, standalone game and they are “VERY EXCITED ABOUT IT”.

The Incarnis Kickstarter Project starts on Tuesday, February 25. You can explore and back the project here: http://kickstarter.com/projects/peterelroy/incarnis

Egg Embry wrote comic book short stories, edited comic book series, wrote and drew a webcomic, and contributed to comic book journalism across the 2000s. Now, he buys the opportunity to write for a variety of tabletop role-playing games in the tradition of vanity press. NOTE: Articles may includes affiliate links. As a DriveThruRPG Affiliate/Amazon Associate/Humble Partner I earn from qualifying purchases.
View all posts by Egg Embry →
Tagged  Incarnis, Kickstarter, ZineQuest 2.
Bookmark the permalink.