Martin Lloyd of Amazing Tales has a new Kickstarter expanding his all-ages tabletop RPG. For an article I did for GAMA’s upcoming magazine, Around the Table, Martin offer his thoughts as an all-ages RPG publisher. As such, when he announced his The Big Book of Amazing Tales, I knew I wanted to capture a few words about this campaign. 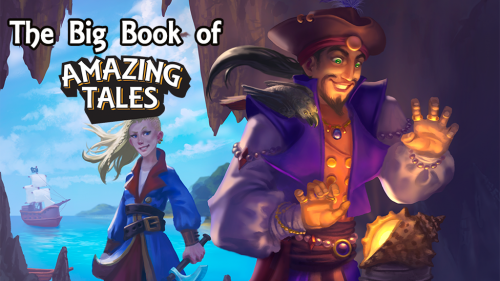 MARTIN LLOYD (ML): The Big Book of Amazing Tales is a collection of four campaigns, especially written to introduce young families to the wonders of role-playing games. It will feature epic, kid friendly adventures and extra advice for anyone who wants to use RPGs in the classroom, or to support children with additional needs.

ML: Amazing Tales is an RPG especially written for kids aged four and up to play with their parents. Flexible enough to cope with anything your kids can come up with, and simple enough that a four year old can explain the rules, I think it’s the perfect tool to introduce kids to role-playing games. 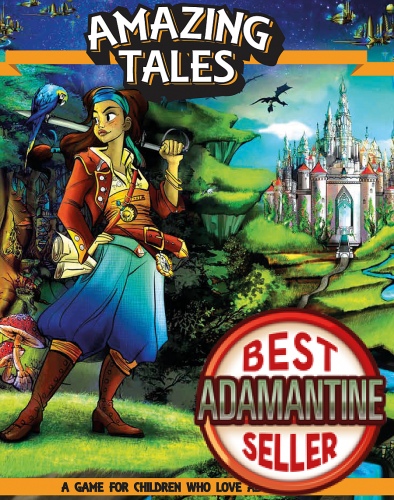 ML: Any reward that includes a hard copy of the core Amazing Tales rulebook is effectively giving you $5 off the regular DriveThruRPG price. And Amazing Tales is pretty good value to begin with!

ML: I think I’m most excited about Time Mission Critical, a time travel setting from Josh Fox and Becky Annisson of the Black Armada. It’ll be the first Amazing Tales material written by someone who’s not me. I’m promised there will be dinosaurs. I think the goal the community will be most excited about is superheroes. A superhero setting is the one that’s been most requested since Amazing Tales came out, so if we make it, it will be exciting to deliver that. 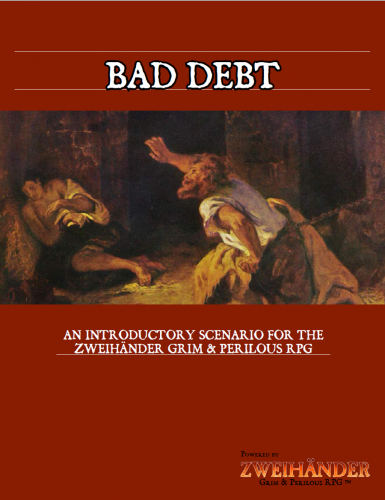 ML: I haven’t done much beyond Amazing Tales. I did write a scenario for Zweihander called Bad Debt which has been the hottest selling title in the Grim and Perilous library for five months now. It’s set in a debtors prison and very much not for kids. I also put together some popular form fillable character sheets for Zweihander and WFRP, and as a side project I’m working on a game called Dark Nation. Again that’s not for kids, it’s about ordinary people struggling for justice under a totalitarian state. But that’s on the back burner until the Kickstarter is out of the way.

ML: You can learn all about the Big Book of Amazing Tales at the Kickstarter page. But if you check out the Amazing Tales website you’ll find a weblog with loads of extra ideas and information about gaming with kids. 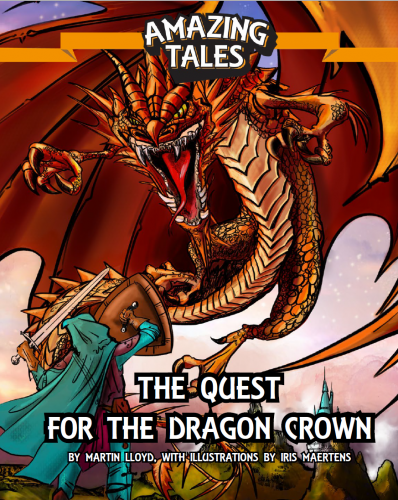 The Big Book of Amazing Tales by Martin Lloyd

“A collection of adventures for the Amazing Tales RPG. Aimed at kids aged 4 and up.”

Egg Embry wrote comic book short stories, edited comic book series, wrote and drew a webcomic, and contributed to comic book journalism across the 2000s. Now, he buys the opportunity to write for a variety of tabletop role-playing games in the tradition of vanity press. NOTE: Articles may includes affiliate links. As a DriveThruRPG Affiliate/Amazon Associate/Humble Partner I earn from qualifying purchases.
View all posts by Egg Embry →
Tagged  Amazing Tales, Kickstarter, Martin Lloyd, The Big Book of Amazing Tales.
Bookmark the permalink.