Sometimes I only have the barest nuggets of ideas for the blog. Things which wouldn’t fill a full post, but maybe have passed through my mind in, and I need to get them out of there so that new ideas will take their place.

I’m just tired of the lie. Not a month goes by without me hearing the lie, and it has now gotten to the point that I don’t know if anyone realizes they are lying anymore. But I have to call BS on them all.

Stop saying when you were young people didn’t get participation trophies.

Just stop it! Stop lying to the world or to yourself for whatever reasons you think you might have. I grew up in the 1980s and had a handful of baseball and basketball trophies for… that’s right: PARTICIPATION! 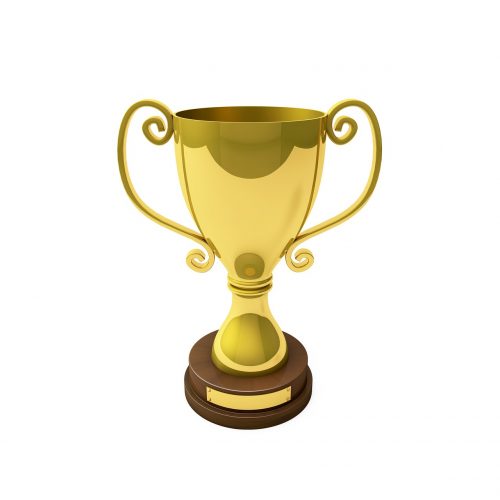 And unless you are in your 50s or older I’m guessing you did too. But somewhere alone the way you’ve forgotten. Or perhaps you haven’t forgotten and need to make some point or another and it fits your narrative.

Just stop it! Enough is enough!

Why is “sleeping in” considered lazy but going to bed early is considered the “thing to do” by society? If I’m up until 3 in the morning writing or even if I’m goofing, and then sleep to noon it’s something that people might talk about. However, you getting up at 6 in the morning – read the paper, watch the morning news – effectively “goofing”, but going to bed at 9 at night is awesome? By my count we’re awake the same amount of hours.

The only thing I can come up with is staying up all night is associated with the young and carefree days of your teenage years or your twenties, but waking up early is something adults do because they must go to work.

You’re not more responsible, and I’m not less responsible (well at least not because I stay up late at least).

After going to Heroes Con in Charlotte, NC this year, I’m amazed that Atlanta doesn’t have a Comic Book Convention of comparable size. And no, Dragon Con is not it. It might have been twenty years ago, but it has morphed into more of a Geek/Nerd Culture Con (and I go every year, so I’m good with it). I’ve watched as Heroes has slowly expanded over the years, but it still seems to have an impressive turnout not only from dealers but from the artists and writers themselves. So many Independent creators are there. It is always nice to be surrounded by such a room full of talent.

But every time someone seems to get the idea of doing a dedicated Comic Con here it lasts for maybe two years before disappearing into the ether once more. Some kind of Halley’s Comet of Conventions. I just don’t understand.

Crap. I have two books still to edit, and now I’m starting another.

But, yeah, the current book doesn’t have ONE named character yet. Luckily I’m only a chapter in. Unluckily I am a chapter in and no one has a name yet.

Well, at least I know what they look like and how they act.

Writer of comics and novels. In 2006 his first short story "The God That Failed" was published by Terminus Media in their debut comic Evolution Book 1. Since that time he has had stories published in Terminus Media's Evolution Book 2 and Evolution Special, Kenzer and Company's The Knights of the Dinner Table, and Four J Publishing's The Burner #3. Currently he is eagerly awaiting the digital publishing of his first creator-owned comic The Gilded Age #1 to be published online as well as his first novel The Dark That Follows later this year.
View all posts by John McGuire →
Tagged  Editing, John McGuire, participation, rants, sleep.
Bookmark the permalink.