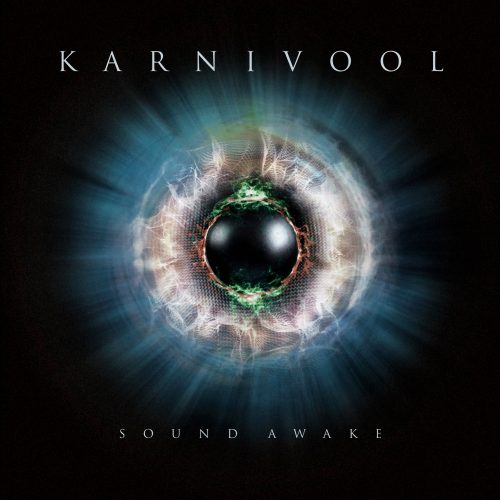 The last concert I physically attended was a 10 Years concert on New Year’s Eve, 2019. We were able to meet the band before the show, and then get up on stage as they rocked in the New Year. Everything pointed to a great year ahead!

Then of course COVID happened, the lockdowns… well, it’s easier to say 2020 happened.

Through the last year, I’ve listened to plenty of music while I worked from home. Occasionally trying out new bands here and there. Some stuck but most didn’t.

Then came a band from Australia called Karnivool.

And they grabbed me immediately.

I’m not sure if it was the music or the lyrics or if I was just in the right mood on the day I discovered them (“discovered” a band that has been around for 2 decades), but I immediately listened to their 3 most recent albums online before going and purchasing them for my personal collection (I’m not a Spotify guy, I like to have some level of ownership over the music… also get off my lawn!).

Throughout the last year, a number of bands have done live concerts online. 10 Years have done 2 that we’ve watched. And while it will never be the same as being there alongside hundreds of your fellow fans as the music fills the club, amphitheater, stadium, etc. it was nice to be able to see the band and listen to the music.

Which brings me to this past Wednesday night when Karnivool did much the same in celebration of their album Sound Awake’s 10-year(ish) birthday. They played in front of an empty theater. Without the fans there, the music was as raw as it could possibly be while still filling every seat in a small way. Listening to the songs that I’ve now loved for maybe 9 months but had been written so long ago turned them into something else on that night. It was almost as if the lyrics themselves morphed to not be about what they were originally penned for, but instead now told the story of the last year. These lyrics hit me hard that night because I was expecting them, but I didn’t expect what they meant in light of everything.

“I will fight till there’s nothing left

Watch the world together from this sinking ship”

At certain times over the last year, this is exactly how I’ve felt. So many days where I wondered when there would be a light somewhere to help guide us through the darkness. There is a strength in standing tall and not completely giving into despair, even on a sinking ship.

“Don’t leave this too long

You won’t have to wait long

It’s your day in the sun”

A bit of an anthem here with the key piece to me “Tomorrow will come” followed by the echo of “Hold on”. That’s what we had to do on so many days when the four walls around us threatened to close in entirely.

To each other. To hope. To our sanity.

“This storm is coming

You should stay home

But I fear you won’t”

A frustration with so many in the world who think they know better. Nothing more needs to be said.

Set Fire to the Hive

For all the souls we lost (and still are losing), it serves as a reminder of what is at stake. That if you don’t behave right, you may not get a chance to regret your choices.

No, I don’t feel so safe here

Imagine that everything’s affected by a cause

In this game you call luck (There’s nowhere to go)

Well, I don’t feel so lucky, no (Lie to yourself)

Just when I think I’ve worked it out

These pieces move and I’m back to the start”

Luck is a strange thing. Some people walk around lucky and not know it. While many others are cursed with the knowledge that their luck is seemingly always on the bad side. Again, pressing that luck this last year… when do you feel safe? No one can answer that question for any of us, but I know there were many times were “I don’t feel so safe here”.

“Are you with me?

Are you with me?

For good or bad, being of like minds can be reassuring. When those minds are diametrically opposed to your own, it feels like madness. There were days where I could only wonder if there was any way to break through to others… “can we relate”.

“You seem afraid, don’t be alarmed

It’s only the face of things to come.”

A little bit of hope here, even if these lines don’t feel hopeful. Being afraid isn’t a bad thing… without fear there cannot be courage.

“Still I remind myself

How I define myself

Still I remind myself

(I needed to know)

How I define myself

(I needed to know)

I needed to know

I needed to know”

I think many of us not only used this time to define ourselves (our lives) but also it gave us time to redefine ourselves if we wanted. Self-reflection might be one of the silver linings of 2020. It doesn’t make what we went through any less bad, but it could make the rest of our days that much better.

“Don’t you feel the same?

Don’t we fear the same things?

Don’t we feel the same?

Another thought about shared fear. About not understanding how some can be so cavalier and for others you are white-knuckling the whole time.

There were other lines, other moments that hit me in only the way that watching a singer stand in the midst of empty seats can hit you. When I said that the music can fill you, I think that’s the beautiful thing about all music. There is escape, reflection, learning, yearning, and all the possible emotions wrapped up into one experience. To be a small part of that from halfway around the world… these were my moments and emotions to take away. It can tie you to a moment and also help you to transcend that same moment. Perhaps that what this band and this moment will always be for me.

Writer of comics and novels. In 2006 his first short story "The God That Failed" was published by Terminus Media in their debut comic Evolution Book 1. Since that time he has had stories published in Terminus Media's Evolution Book 2 and Evolution Special, Kenzer and Company's The Knights of the Dinner Table, and Four J Publishing's The Burner #3. Currently he is eagerly awaiting the digital publishing of his first creator-owned comic The Gilded Age #1 to be published online as well as his first novel The Dark That Follows later this year.
View all posts by John McGuire →
Tagged  Concert, COVID, John McGuire, Karnivool, music.
Bookmark the permalink.