What superpower would you want?

What superpower would be the most useful and which would be as much a curse as an asset?

I’ve done those thought exercises. I’ve had the dreams where I could fly or teleport or read people’s minds. Sometimes it was the best of times and sometimes it was like something out of the Twilight Zone. That’s the thing with powers, you never know what the side effects may be. 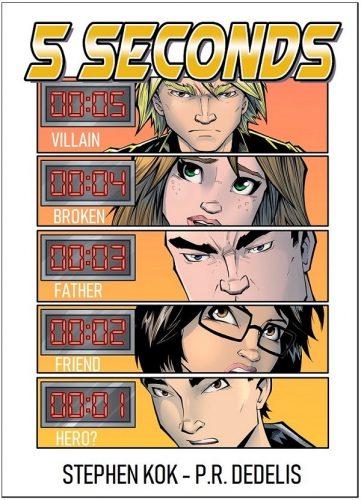 What would you do if you could see five seconds into the future?

5 Seconds is the continuing story of Jake as he discovers what happens 5 seconds in the future. With his best friend Ellie, the two of them decide to test out exactly what Jake can do! Unfortunately, others also find out about Jake’s power and they seek to exploit his unique time-bending skill set!

This is the third volume of the ongoing story about Jake and his dealing with his own gift/curse. As the story has progressed, a Villain has arisen to test our hero.

I like that this is presented as the final piece of the story, but that each of the volumes have been written as stand alones. That is something that may not always be the easiest thing to pull off. Of course, I would think that if you liked one of the volumes it wouldn’t be a stretch to check out the others! 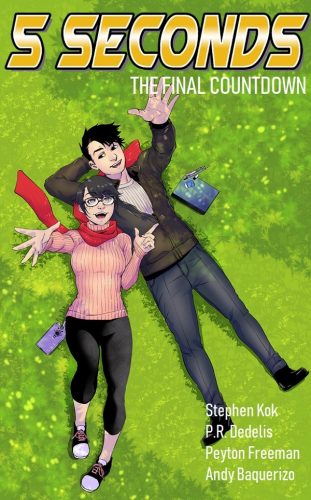 Here’s the thing, if you only wanted the pdfs of the 3 volumes, you can easily get those at the U.S. $7 level, which feels like a steal. At $60 you can get the print copies of all three volumes. They’ve also provided a “Get Drawn In” to the comic at the $99 level, which is always one of those cool things to have the opportunity to go after. At even higher levels you have a chance to meet the creator or get some original artwork ($212 U.S. for both).

If you are looking for some young adult comic stylings with a splash of action, adventure, romance and a sprinkling of time, you should definitely give 5 Seconds a shot. 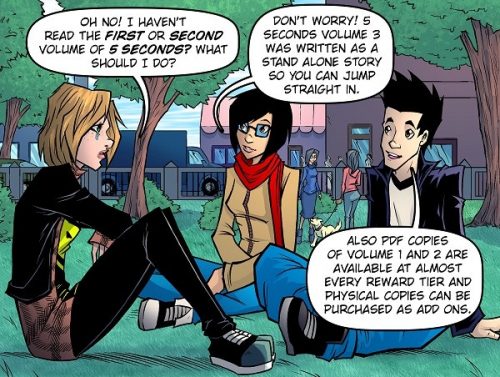 To find out more about 5 Seconds Volume 3 – The Final Countdown, check out the Kickstarter Page here.

Writer of comics and novels. In 2006 his first short story "The God That Failed" was published by Terminus Media in their debut comic Evolution Book 1. Since that time he has had stories published in Terminus Media's Evolution Book 2 and Evolution Special, Kenzer and Company's The Knights of the Dinner Table, and Four J Publishing's The Burner #3. Currently he is eagerly awaiting the digital publishing of his first creator-owned comic The Gilded Age #1 to be published online as well as his first novel The Dark That Follows later this year.
View all posts by John McGuire →
Tagged  5 Seconds, John McGuire, Kickstart the Comic, Stephen Kok.
Bookmark the permalink.