Kickstart the Comic – Knight in the Snake Pit Issue 2

Reality is what exactly? Who determines it? Is it as simple as one man’s insanity is another’s reality? Is it something you would even know was happening to you?

Do we ever truly know what is real? 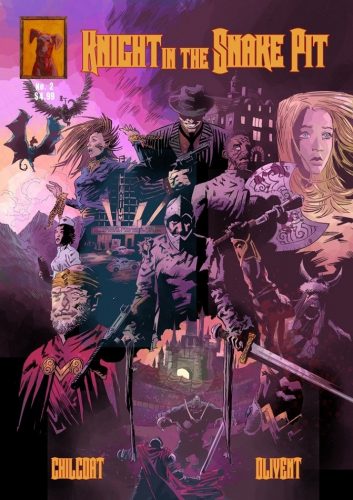 Knight in the Snake Pit #2

Allister must determine if he’s really suffering from delusions or if everything in both worlds is real.  If that’s the case, he needs to worry about how to not get killed by his “delusions.”

In Knight in the Snake Pit, we follow a character Allister Ward who is stuck in two worlds, jumping back and forth at random.  One world is 19040’s Los Angeles, where he’s a patient at a mental hospital and the other world is a medieval fantasy world, where he’s being begged by a king to save his daughter and his kingdom from an impending invasion that could happen at any moment.

I’m utterly fascinated by the idea of who we are deep down and whether the reality I’m experiencing is the same as the reality others are experiencing. Stories like Knight in the Snake Pit take that conceit and enter it into a more fantastical realm that any of us might see on a daily basis, but that doesn’t mean what Allister Ward is experiencing (in either reality) is any less real for him than it would be for any of us.

Plus, I’m really digging the name of the comic…

As this is a Kickstarter for the second issue, it allows you to really sink your teeth into the overall story… and there are plenty of rewards to get you all caught up, so no worries there. 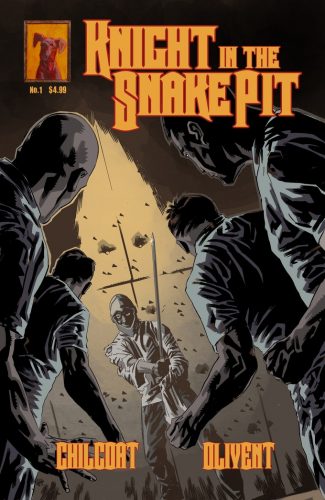 So many Kickstarters tend to overload the Rewards, trying to anticipate every possible combination, however, Knight sticks to pretty much the basics. At the lower end, you can get the first two issues in PDF at the $5 level. Going up a little, if the physical copy is more your speed, you can get a hard copy of both issues ($20). And if what you really want is something to call all your own, you can get an original quick sketch from Artist Marx Olivent ($40).

Bouncing between a more contemporary time period and one that looks to be a mixture of the Roman Coliseums… with dragons.

I mean, you had me at Dragons… or stuck in two worlds… or a lobotomy? Maybe not the last one. But if you’re in the mood to question your own reality for a little while, it looks like Knight in the Snake Pit might be your next favorite comic. 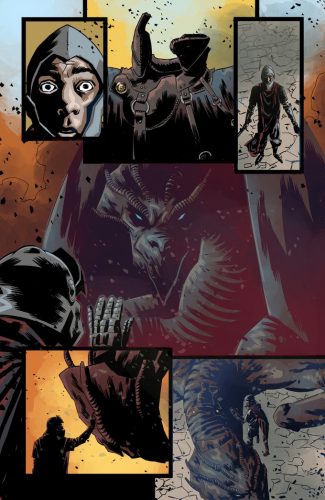 Writer of comics and novels. In 2006 his first short story "The God That Failed" was published by Terminus Media in their debut comic Evolution Book 1. Since that time he has had stories published in Terminus Media's Evolution Book 2 and Evolution Special, Kenzer and Company's The Knights of the Dinner Table, and Four J Publishing's The Burner #3. Currently he is eagerly awaiting the digital publishing of his first creator-owned comic The Gilded Age #1 to be published online as well as his first novel The Dark That Follows later this year.
View all posts by John McGuire →
Tagged  John McGuire, Kevin Chilcoat, Kickstart the Comic, Kickstarter, Knight in the Snake Pit, Marc Olivent.
Bookmark the permalink.