Kickstart the Comic – Mine To Avenge: Book of Layla #1-3

Independent comic books offer us a chance to hear new and different voices tell new and different stories. I know that without Kickstarter, the ability to reach new readers is hard. Even with something like Kickstarter, the opportunity to be a one and done is both very difficult and extremely easy. Which can be frustrating for those authors who wish to tell a longer story. They put so much trust in their readers in the hope that not only will they be there to support them when the very first issue drops, but also carry them through each subsequent chapter in the story.

With Mine to Avenge, we’ve reached the third issue, and with that we push toward Robert Jeffrey’s complete story with every single issue. As a reader, I’m glad that such an opportunity exists at all.

(Plus, the book is very nice!) 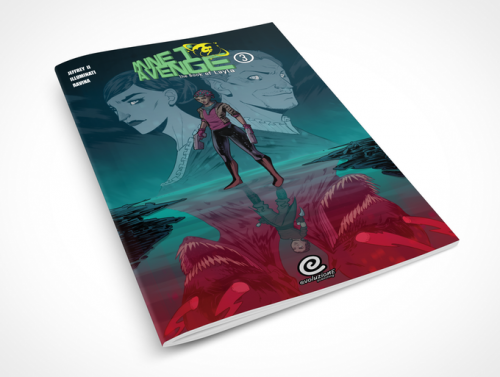 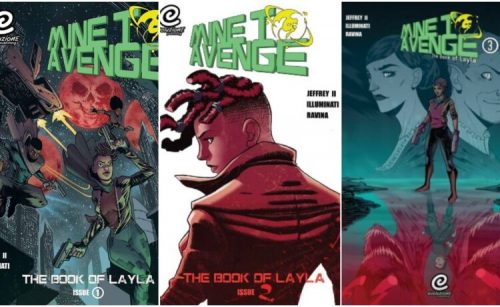 Then maybe this book if for you.

It’s only $10 to catch up via PDF or $20 if you want the first three issues in their physical form. Past that, if you’d like a collection from Evoluzione’s Horror Comics, then the $45 level will get you a whole bunch of books to scare you. Lastly, there is the always cool pledge of $100 to get a cameo in the next issue. Maybe one of the monsters can “get” you!. 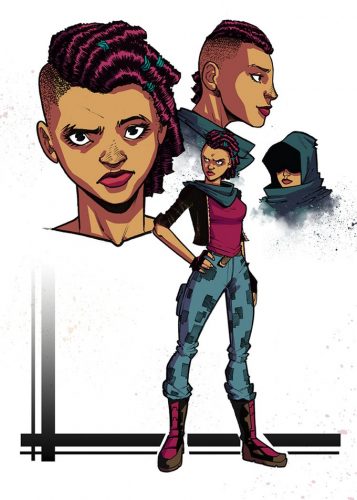 Sometimes I’m not sure if I’m going to see more than an issue’s worth of story. That isn’t going to be a problem here. They have already had two Kickstarters fund and this one is about 1/3 of the way there with 3 weeks to go. I’d say give it a shot, but then again, I have the first two issues already!

To find out more about Mine to Avenge: Book of Layla #1-3, check out the Kickstarter Page here.

Writer of comics and novels. In 2006 his first short story "The God That Failed" was published by Terminus Media in their debut comic Evolution Book 1. Since that time he has had stories published in Terminus Media's Evolution Book 2 and Evolution Special, Kenzer and Company's The Knights of the Dinner Table, and Four J Publishing's The Burner #3. Currently he is eagerly awaiting the digital publishing of his first creator-owned comic The Gilded Age #1 to be published online as well as his first novel The Dark That Follows later this year.
View all posts by John McGuire →
Tagged  John McGuire, Kickstart the Comic, Kickstarter, Mine to Avenge, robert jeffrey ii.
Bookmark the permalink.