H.G. Wells might have been the first, but since his book, The Time Machine, entered into the world’s consciousness, there has been no limit to the number of stories which focus on or around time travel. So if everyone has already done it before, then what separates the good stories from the bad? 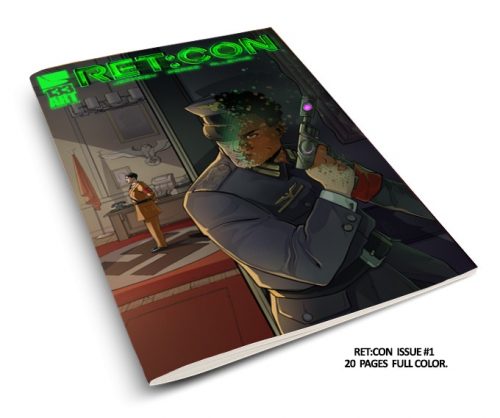 An afrofuturist comic series about The RET:CON agency, an organization tasked with saving the future from the ravages of broken time.

In a time when artificial intelligence governs the remains of a world ravaged by violent temporal ruptures, the RET:CON Agency is formed to stop reality from falling into entropy. Agent ‘4 am’ is a part of RET:CON’s elite unit, the Slingshotters, whose mission is to breach the time stream to repair the future.

The A.I. designed to analyze and direct the Slingshotters in fixing the ruptures, the RET:CON Engine, requires very unorthodox methods, alterations previously thought to result in a time catastrophe.  4am’s first mission:  infiltrate the Wolfsschanze and Kill Hitler! 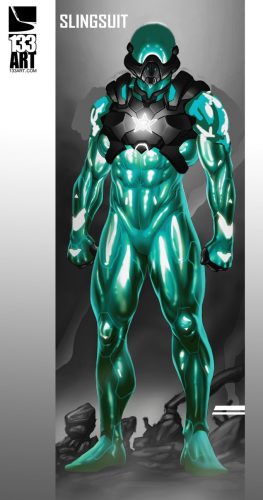 Time-travel is one of those great sci-fi premises. Here we have the ultimate agent of a force who will stop at nothing to see his mission completed. Someone who doesn’t see the flaws in the system. And yet, to be so blind about what the goals are, that seems to be a way to descend into madness.

But that’s not the only thing. You have those who have to manage the minds, the psyche of those who travel through time. How do you begin to put back together a mind who has seen through to other timelines? How do you ever deal with those now false memories?

What’s cool is that you have the opportunity to potentially get a variant cover right out of the box which features art from Sean Hill, who did the 4th issue of The Gilded Age ($10 Level). 133art also provides a couple of levels for stores to get a handful of copies ($20 level for 6 copies). At the higher levels, you can get the “ultimate 133art print bundle” ($50 level). At the highest end you can get featured in a back-up story where you are a Slingshotter ($500 level)!

Full disclosure – Robert Jeffrey not only wrote for this site, but he is a good friend. But even if that wasn’t the case he would have had me at time-travel!

Seriously, though, if you’ve ever read Route 3 (and you need to!), you know that the guy can write his ass off. So what are you waiting for? 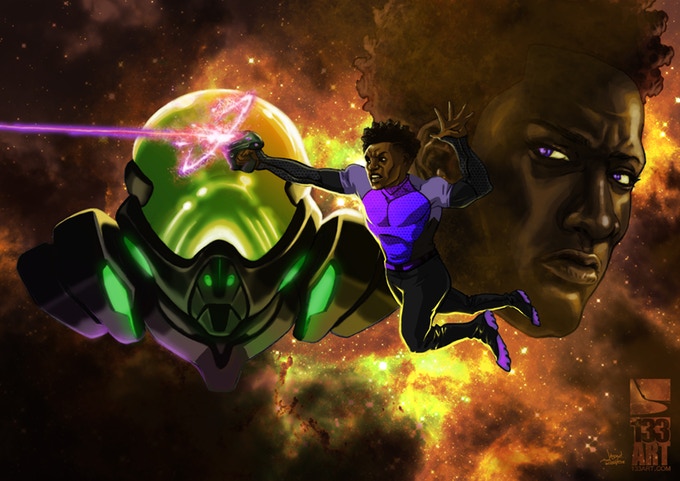 To find out more about Ret:Con #1, check out the Kickstarter Page here.

Writer of comics and novels. In 2006 his first short story "The God That Failed" was published by Terminus Media in their debut comic Evolution Book 1. Since that time he has had stories published in Terminus Media's Evolution Book 2 and Evolution Special, Kenzer and Company's The Knights of the Dinner Table, and Four J Publishing's The Burner #3. Currently he is eagerly awaiting the digital publishing of his first creator-owned comic The Gilded Age #1 to be published online as well as his first novel The Dark That Follows later this year.
View all posts by John McGuire →
Tagged  133art, John McGuire, Kickstart the Comic, Kickstarter, ret:con, robert jeffrey ii.
Bookmark the permalink.