“Escapism:  the tendency to seek distraction and relief from unpleasant realities, especially by seeking entertainment or engaging in fantasy.”

Let me flesh that out a little better.

For the past year, things have been a bit hectic. Sometimes stressful. Many times head scratchingly so. On a variety of fronts.

Though there’s also been a great helping of good, I find often, I need a break from the other zany/ taxing stuff we call life.

Not to the point of just completely checking out. Just a way to get away for a minute or two. Let the ‘ole brain unwind for a while.

So whether it’s writing, reading, catching a movie/ tv show, or just hanging with friends and fam’, I just wanted to share some of the ways that I’m finding that release of sorts.

I like to eat. Now if only I balanced that out with a healthy dose of working out, I’d be Kool and The Gang. That’s another story for another day.

What I love about this show though is it unabashedly celebrates the many  varieties of food that these 50 states has to offer. You want to find the best seafood spots, fried chicken eateries, ice cream parlors, pizzerias, steakhouses that are spread all across this country? This show has it all.

Maybe I’m a food connoisseur. Who knows. All I can say is watching this show gets me in a chilaxin’ mood come Sunday evening when it airs.

Bob’s Burgers gives me so much life, it probably needs to be bottled up and prescribed. I’ve gone through all of the seasons on Netflix, and it’s become sort of a daily ritual for my wife and I to watch an episode every night during dinner.

In my opinion, this is the best animated sitcom that network television has to offer, and after a long day of work (plus a hour and a half commute home to work) Bob’s  Burgers provides a hilarious wind down.

One of these days I’m going to put together a post about why this show kicks show much a#$. Until then I’ll just lay out a few points about why I’m going through this series a second time.

Star Trek represents hope for me. Hope that we as human beings can stop with the B.S. and just aspire for something better. As has been shown in the numerous Star Trek series’ that have come since STOS (Star Trek: The Original Series), a sort of Utopian society is created as the end result of years upon years of just mucking ‘ish up.

The funny thing is Star Trek: Deep Space Nine (DS9) kind of flips this Utopian ideal on its head, and I enjoy it all the more. What I find heartening about DS9 (sometimes known as the “dark Trek series”) is the fact that through the constant butting of heads that occurs between the differing groups of characters on this series, this show, better than any other Star Trek series, shows how we can get to that place of understanding even in the face of our differences and insurmountable odds. To a spot where we can possibly create something better.

Though it doesn’t always work out this way (as we see daily in the “real” world), when it does, it’s a beautiful sight to behold.

So yeah, in a strange way what acts as a stress reliever, and a sort of beacon of hope that things can get better, is the conflict/ differing views of characters on this series. I guess I like seeing that the process works sometimes, albeit on a fictional space station in this case.

Sometimes just seeing folks beat the heck out of each other can be therapeutic.

I’m still rolling through this book and really enjoying it. As I said before in a recent Tessera post, “Ocean’s 11 meets Magic: The Gathering, with a smidgen of steampunk.”

A great place to escape to. 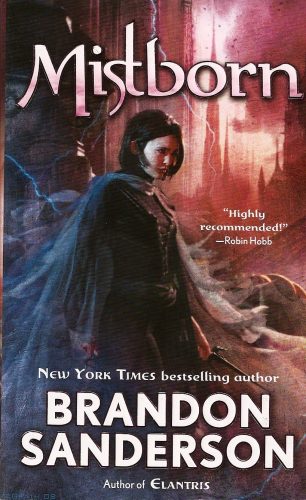 I recently finished up an additional 5 pages of script for The Okun, a story/ potential series in the making (publishers, we’re coming for ya) co-created by myself and artist extraordinaire Takeia Marie. This is the space epic that I’ve wanted to write for a while, and to have a chance to play around in a war torn cosmos has been fun.

Add to this, I’m in the early stages of working on an anthology project with the aforementioned Ms. Marie. Anytime numerous story ideas keep you up to the wee hours of the night jotting down story ideas, a good time is had.

That’s about all of the escaping I’ve got this go around.  🙂 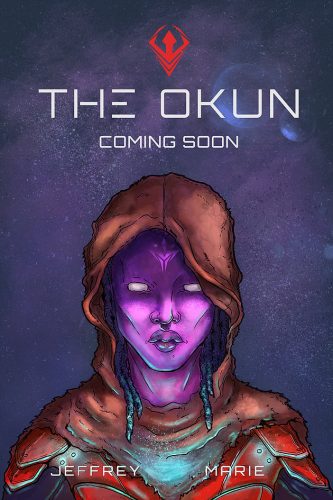 Okay, so if you’re looking for a ghost investigation series that takes itself ultra seriously, and doesn’t have paranormal investigators saying “Whoa!” and “Dude” every five seconds, this isn’t the show for you.

Ghost Adventures is a guilty pleasure for me. Following the exploits of a group of paranormal investigators on their weekly ghost hunting escapades, this show never fails to please in all the wrong ways. I definitely appreciate the professionalism and respect that the crew brings to all of their investigations and the field of paranormal science, but what I love the most is that this show is essentially “Ghostbusters: Dude Bros Edition”.

Not in the obnoxious, preppy/ entitled frat boy/ full of themselves being a-holes type of Dude Bros. More of the Keanu Reeves/ Dazed and Confused slacker/ rocker types that yell “Whoa!” and “Dude” with some random door closing by itself during an episode, or with unexplained creak that happens off camera.

As with Bob’s Burgers, the show keeps me laughing a lot.

Robert Jeffrey II is an award winning journalist whose work has appeared in such publications as UVC Magazine, JaDore Magazine, BlackSci-Fi.com, and The Atlanta Voice Newspaper. He is currently the Editor In Chief for BlackSci-Fi.com. He is a regular contributor for the Tessera Guild, and his comic book work includes client work for the Centers for Disease Control, and Nitto Tires. His comic book writing includes work on such award winning/ nominated series as his creator owned series Route 3, Radio Free Amerika, Terminus Team-Up, and Soul of Suw. He’s yet to fulfill his dream of pop-locking to save a community center. Head to his website at www.robertkjeffrey.com, and you can follow him on Twitter @SYNCHRKJ, Tumblr @robdawriter , and Instagram @robertk.jeffrey.
View all posts by Robert Jeffrey II →
Tagged  Bob's Burgers, brandon sanderson, daredevil, fight scene, food paradise, Ghost Adventures, mistborn, Netflix, the okun, Travel Channel.
Bookmark the permalink.